The Dewoitine D.1 representing the first foray into fighter design for the French label - the series encompassing many variations during its lifetime.

Authored By: Staff Writer | Last Edited: 09/21/2021 | Content ©www.MilitaryFactory.com | The following text is exclusive to this site. 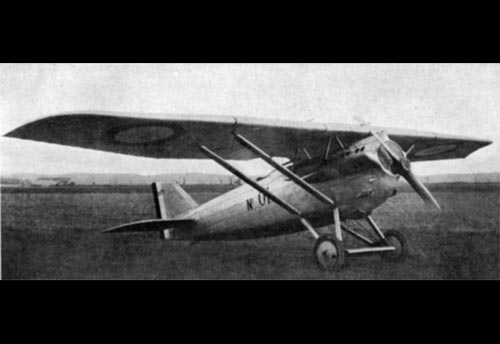 Founded in October of 1920 by Emile Dewoitine of France, the Dewoitine concern would grow to become a notable builder of aircraft during the Interwar Period (the period "Between-the-Wars"). Its most notable product ultimately became the "D.520" (detailed elsewhere on this site) of January 1940, the fighter being built in around 900 examples and operated valiantly during the failed defense of France from the onslaught of German invasion. However, before this all-modern monoplane could be realized in time for war, the company would need to cut its teeth on other evolutionary types - the first entry of the series becoming the "D.1" of 1922.

The aircraft was drawn up to satisfy a new requirement by the French Service Technique de l'Aeronautique - the 1921 C.1 program.

The D.1 was given an all-metal structure with metal-skinning and sported a shoulder-mounted, braced fabric-covered monoplane wing form. It retained the proven and traditional "tail-dragger" undercarriage arrangement common to fighters of the time and the empennage comprised a single, small-area rudder with low-set horizontal planes. The engine was installed at the nose in the usual way to drive the two-bladed propeller. Of all-modern design for its time, the fighter certainly held promise.

For its combat role, the D.1 would carry armament of 2 x 7.7mm (0.303in) Vickers Machine Guns seated over the nose, the units synchronized to fire through the spinning propeller blades.

A first-flight involving the D.1.01 prototype form was recorded on November 18th, 1922 and marked the first fighter to emerge from the company. As built, the aircraft was given a running length of 24.7 feet with a wingspan of 37.8 feet, and height of 9 feet. Empty weight reached 1,810lb with a gross weight of 2,735lb. The 300 horsepower Hispano-Suiza 8Fb inline engine helped the aircraft reach speeds of 158 miles-per-hour, ranging out to 250 miles and reaching altitudes of 26,245 feet. Rate-of-climb was 1,475 feet-per-minute.

In testing, forward visibility was shown to be poor so a 4.76" pylon was set between the wing mainplanes and forward fuselage, providing a gap for the pilot to see through - this change produced the parasol (high-winged) D.1bis of 1923.

While the French Air Force did not move ahead with widespread adoption of the D.1, the French Navy took to the type and contracted for some thirty examples (D.1ter), some of which were featured on the aircraft carrier "Bearn" (detailed elsewhere on this site).©MilitaryFactory.com
Advertisements

Variants of the line beyond the D.1.01 prototype and D.1 pre-series aircraft included the D.1bis with pylon-raised mainplanes, the D.1ter with its wings on cabane (inverted Vee supports) struts, and the record-setting, one-off high-altitude D.8 fitting the Hispano-Suiza 8Fe 8-cylinder engine of 1921. The D.9 of 1924 followed with a Gnome-Rhone 9Ab "Jupiter IV" radial engine of 360 horsepower and larger-area wings - seeing limited production for foreign customers only. The D.12 of 1923 was concurrent to the D.9 and carried the Lorraine-Dietrich 12E W-12 engine of 450 horsepower. The D.19 of 1923 was similar in scope to the D.12 and differed in having the Hispano-Suiza 12Jb V-12 engine of 400 horsepower. Only two prototypes were built and these showcased in Belgium and Switzerland. EKW of Switzerland built two more to the specification and a total of seven D-19s eventually existed.

The export-minded D.21 appeared in the latter part of 1925 and represented the D.12 with a Hispano-Suiza 12Gb W-12 engine of 500 horsepower. These were then sold to Argentina, Paraguay, and Turkey in small numbers - though FMA of Argentina handled production of a further 30 units and took seven from EKW. Czechoslovakia added another 26 aircraft to the line as the Skoda D.1 with production by Skoda Works. A total of 100 D.21 aircraft were built.

The D.25 of 1925 was a twin-seat fighter based in the D.21 but carried the Lorraine-Dietrich 12Eb W-12 engine. Hanriot handled production of four units and were shipped to Argentina when French interest in the type waned. The D.26 was a training-centric development with Hispano-Wright 9Q 9-cylinder air-cooled engine of 340 horsepower. Eleven were formed in Switzerland with kits provided by Dewoitine.

The D.27 became a dedicated fighter and was powered by a Hispano-Suiza 12Mc V-12 engine. This design found favor in Romania where 100 were operated and 97 of the lot were built locally by IAR. EKW built 65 of the 66 operated by the Swiss Air Force. Yugoslavia took on a stock of four while the French Navy trialed the type on carriers as the "D.53".

The fighter was produced locally in the Kingdom of Italy by Ansaldo as the "AC". This became a series beginning with the one-off AC.1 (the improved D.1bis) followed by the reworked AC.2 (based in the D.1ter). As many as 112 units were built for the Italian Air Force. One-hundred fifty AC.3 fighters were built from the D.9 design. The AC.4 of 1927, born from the AC.2 (D.1ter), was another one-off example but carried the local FIAT A.20 V-12 engine of 420 horsepower.

Japan trialed a single D.1bis demonstrator for a time.

Total production of the D.1 series (including all variants) ended with about 500 examples being completed.©MilitaryFactory.com
Note: The above text is EXCLUSIVE to the site www.MilitaryFactory.com. It is the product of many hours of research and work made possible with the help of contributors, veterans, insiders, and topic specialists. If you happen upon this text anywhere else on the internet or in print, please let us know at MilitaryFactory AT gmail DOT com so that we may take appropriate action against the offender / offending site and continue to protect this original work.
Advertisements

SYNCHRONIZED / INTERRUPTOR GEAR Automatic weapons are synchronized to fire through the spinning propeller blades via special mechanical gear arrangement.
RUGGED AIRFRAME Inherent ability of airframe to take considerable damage.
HIGH-SPEED PERFORMANCE Can accelerate to higher speeds than average aircraft of its time.
HIGH-ALTITUDE PERFORMANCE Can reach and operate at higher altitudes than average aircraft of its time.
MARITIME OPERATION Ability to operate over ocean in addition to surviving the special rigors of the maritime environment.
BAILOUT PROCESS Manual process of allowing its pilot and / or crew to exit in the event of an airborne emergency.

(Showcased performance specifications pertain to the Dewoitine D.1.01 (prototype) production variant. Performance specifications showcased above are subject to environmental factors as well as aircraft configuration. Estimates are made when Real Data not available. Compare this aircraft entry against any other in our database or View aircraft by powerplant type)
2 x 7.7mm (0.303in) Vickers Machine Guns over the nose synchronized to fire through the spinning propeller blades. 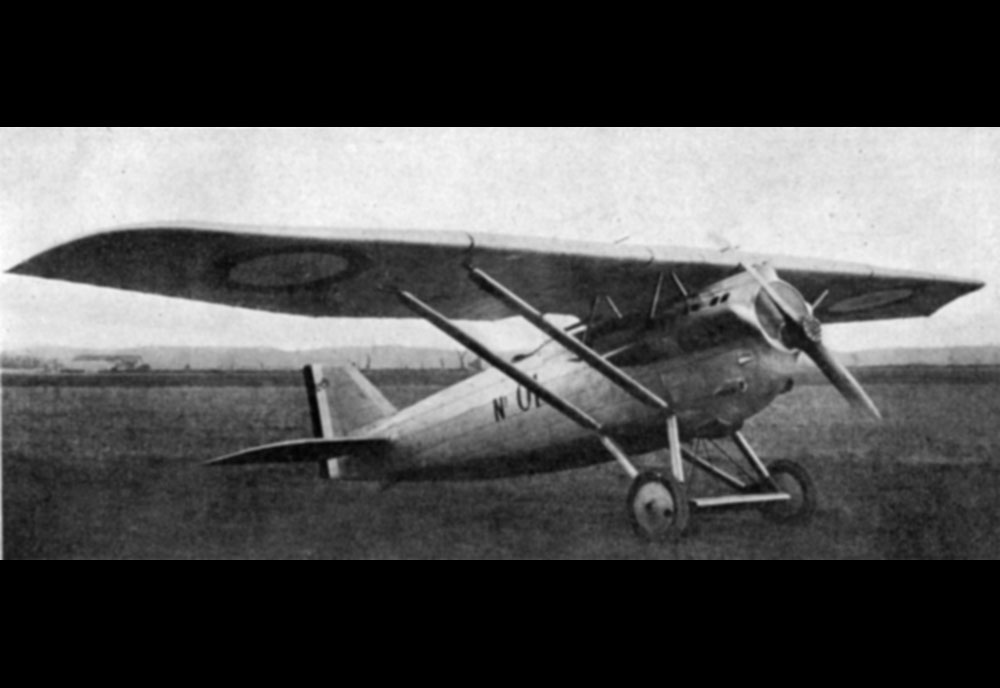