The DOFLUG D-3803 certainly had potential as a fast, powerful fighter design of the World War 2 era - the end of the war and glut of available P-51 Mustangs made its development moot.

Authored By: Staff Writer | Last Edited: 09/18/2021 | Content ©www.MilitaryFactory.com | The following text is exclusive to this site. 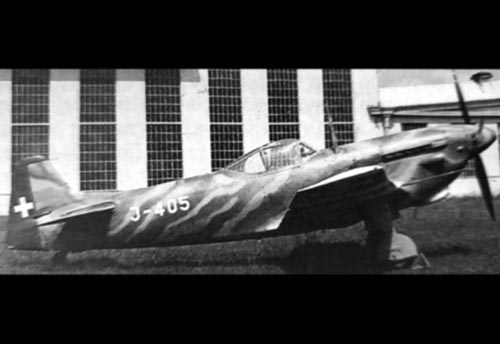 The DOFLUG D-3803 was an offshoot of the Swiss-originated D-3802 single-seat, single-engine monoplane fighter program started in 1942. The existence of both was made possible by both a pre-World War 2 relationship with the nation of France and its Fall at the hands of the Germans in May of 1940, when several French designs made their way to Switzerland. Original Morane-Saulnier designs formed the basis for much of the Swiss work thereafter.

Switzerland received a local production license to manufacture the MS.406, a capable monoplane appearing in 1935, introduced in 1938, and built across 1,176 total examples. These were known locally as "D-3800" and carried Hispano-Suiza 12Y-31 engines while relying on the wings of the MS.405 design. After the Fall of France, Switzerland continued work on the line to produce the EFW "D-3801" based in the "MS.412" fighter while the D-3802 was the enhanced, localized version of the French "MS.540" monoplane (both related to the original MS.406). The D-3802, and its sister design the "D-3803", were both a product of DOFLUG - Dornier-Werke AG - the Swiss-based subsidiary of the German Luftwaffe's own Dornier aero-concern (makers of the famous wartime Do 17 "Flying Pencil" medium bomber).

Developed alongside the D-3802, the D-3803 was a slight evolution of this same Swiss fighting aeroplane; it retained the forward-engine mounting, single-seat (enclosed) cockpit, and retractable "tail-dragger" type undercarriage while also utilizing the original's wing mainplanes, tail surfaces, and undercarriage mechanics. In the revision, the fighter was given much-improved all-round vision from the cockpit due to the cut down nature of the rear dorsal fuselage and more pronounced position of the canopy. The engine switched to the Saurer YS-3 liquid-cooled inline piston engine developing 1,430 horsepower, this powerplant an original Hispano-Suiza product and locally licensed and built.

Like the later D-3802A pre-series fighters (of which eleven were ultimately built after the single prototype), the D-3803 enjoyed the firepower of 3 x 20mm Hispano-Suiza HS-404 automatic cannons, one set to each wing mainplane and the remaining example buried within the engine block - firing through the propeller hub. In addition to this, the fighter could be adapted to conduct fighter-bomber sorties by mounting up to 441lb of bombs or rockets under the wings and fuselage centerline.

Well-streamlined with an all-modern look, coupled to a formidable armament suite, the D-3803 certainly looked the part of wartime fighter. However, by the time the D-3803 specimen flew in its prototype form, the World War that once raged across Europe was over. A first-flight was not recorded until May of 1947 exposing engine issues during the later testing stages which did not help the lagging project. Like the concurrent D-3802 fighter program, the D-3803 was also given up by the Swiss Air Force in favor of acquiring wartime surplus North American P-51D "Mustang" fighters from America.

During testing, the D-3803 was able to make speeds of 423 miles-per-hour and reach altitudes beyond 22,000 feet - showcasing considerable potential. However, there was no escaping its design roots which, essentially, dated back to the original French pre-war approach to the MS.406 of 1935.©MilitaryFactory.com
Note: The above text is EXCLUSIVE to the site www.MilitaryFactory.com. It is the product of many hours of research and work made possible with the help of contributors, veterans, insiders, and topic specialists. If you happen upon this text anywhere else on the internet or in print, please let us know at MilitaryFactory AT gmail DOT com so that we may take appropriate action against the offender / offending site and continue to protect this original work.
Advertisements

OPTIONAL:
Up to 441lb of conventional drop bombs or ground-attack rockets. 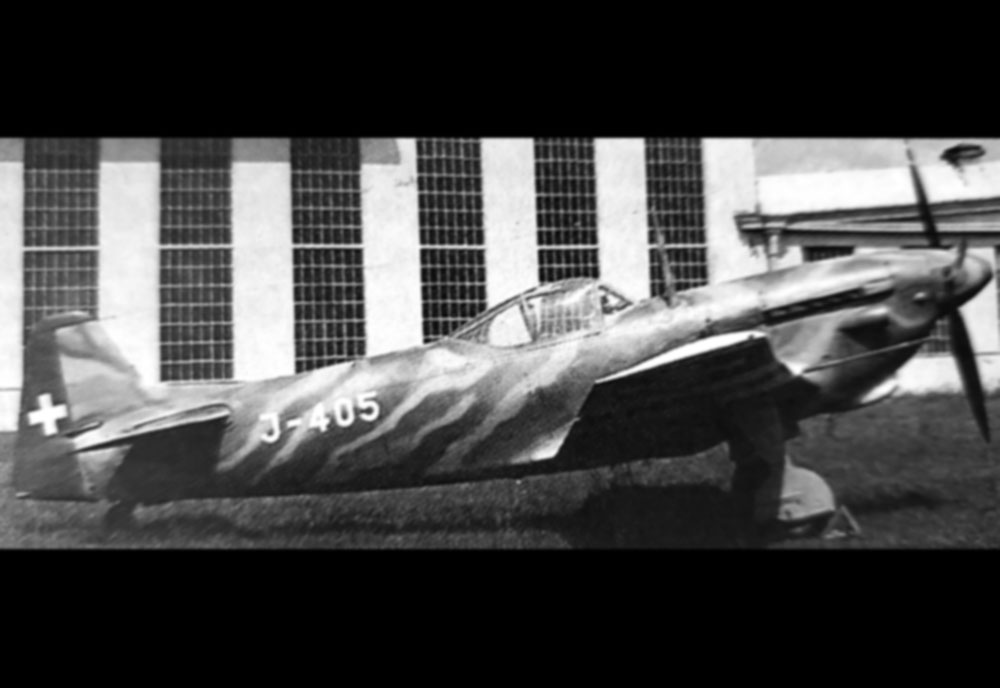