The DOFLUG D-3802 was another French-originated fighter design taken on by the Swiss - only eleven pre-series aircraft and a single prototype were made.

Authored By: Staff Writer | Last Edited: 09/18/2021 | Content ©www.MilitaryFactory.com | The following text is exclusive to this site. 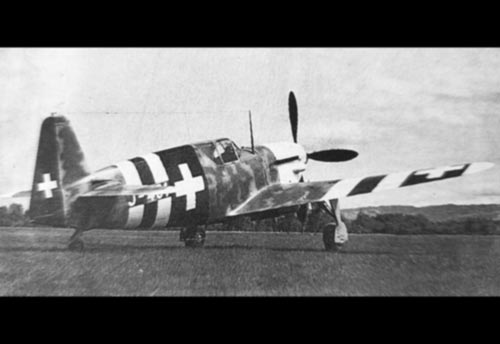 Following the production of several hundred units of the EKW D-3801 single-seat, single-engine monoplane fighter (based in the pre-World War 2 French Morane-Saulnier "MS.412" fighter design), the Swiss took to further development of another French-originated system in the Morane-Saulnier "MS.450". As the French were forced to end their involvement in the MS.450 program due to the June 1940 surrender at the hands of the invading Germans, Dornier-Werke AG, the Swiss-based arm of the same German company that produced the wartime Do 17 medium bomber and other solutions for the Luftwaffe, headed development of the new fighter - designated "D-3802" - in 1942.

Like other modern fighter mounts, the D-3802 was given all-metal construction with stressed skinning, a wholly-enclosed cockpit space, and fully-retractable undercarriage all centered around a streamlined, single-seat, single-engine monoplane configuration. Armament was similar to the proven Luftwaffe Messerschmitt Bf 109 fighter seeing a 20mm automatic cannon buried in the engine block and firing through the propeller hub at the nose. In addition to this, the fighter carried two machine guns to each wing mainplane for a formidable offensive punch.

The mainplanes were mounted low and ahead of midships. The cockpit sat just slightly ahead of center mass and aft of the engine installation at the nose. The D-3802 sported a canopy not unlike that of the German Bf 109, lightly-framed and boxy, while views to the rear were somewhat obstructed by the raised fuselage spine. The tail unit was capped by a single vertical plane with a pair of forward-set horizontal planes for the needed control. The undercarriage was of the typical "tail-dragger" arrangement, giving a pronounced "nose up" attitude of the aircraft when on the ground.

A first-flight of the D-3802 prototype was recorded on September 29th, 1944 and this form carried the Saurer YS-2 12-cylinder liquid-cooled engine of 1,250 horsepower - the engine a licensed, local copy of an original Hispano-Suiza design. From this spawned eleven pre-series airframes which featured reduced wingspans as well as modified outer panels. By this time, the armament suite was beefed up to encompass 20mm automatic cannons at each wing member in place of the original's machine guns. The resulting design (built by DOFLUG at Altenrhein in 1946) was designated as "D-3802A" and a first-flight was had on May 18th, 1946, the aircraft proving capable of exceeding 400 miles-per-hour.

By this time, however, World War 2 in Europe had ended in May of 1945 with Germany's formal surrender and, with an all-modern fighter solution no longer needed in the original numbers envisioned by the Swiss Air Force, the D-3802 existed only through the single prototype and eleven pre-series aircraft completed. These served with Fliegerstaffel 17 until retired in 1956.

At the same time that the D-3802 was seeing development, DOFLUG also funneled resources into a related variant known as the "D-3803". However, this aircraft also had its development cycle cut short by the end of the war and the subsequent glut of wartime surplus North American P-51D "Mustang" fighters becoming available worldwide - which the Swiss Air Force ended up purchasing in place of a local design. Thus ended the story of the D-3802 (and D-3803 for that matter).©MilitaryFactory.com
Note: The above text is EXCLUSIVE to the site www.MilitaryFactory.com. It is the product of many hours of research and work made possible with the help of contributors, veterans, insiders, and topic specialists. If you happen upon this text anywhere else on the internet or in print, please let us know at MilitaryFactory AT gmail DOT com so that we may take appropriate action against the offender / offending site and continue to protect this original work.
Advertisements

(Showcased performance specifications pertain to the base DOFLUG D-3802 production variant. Performance specifications showcased above are subject to environmental factors as well as aircraft configuration. Estimates are made when Real Data not available. Compare this aircraft entry against any other in our database or View aircraft by powerplant type)
PROTOTYPE:
1 x 20mm Hispano-Suiza HS-404 automatic cannon firing through the propeller hub.
4 x Machine guns in wings (two guns to a wing member). 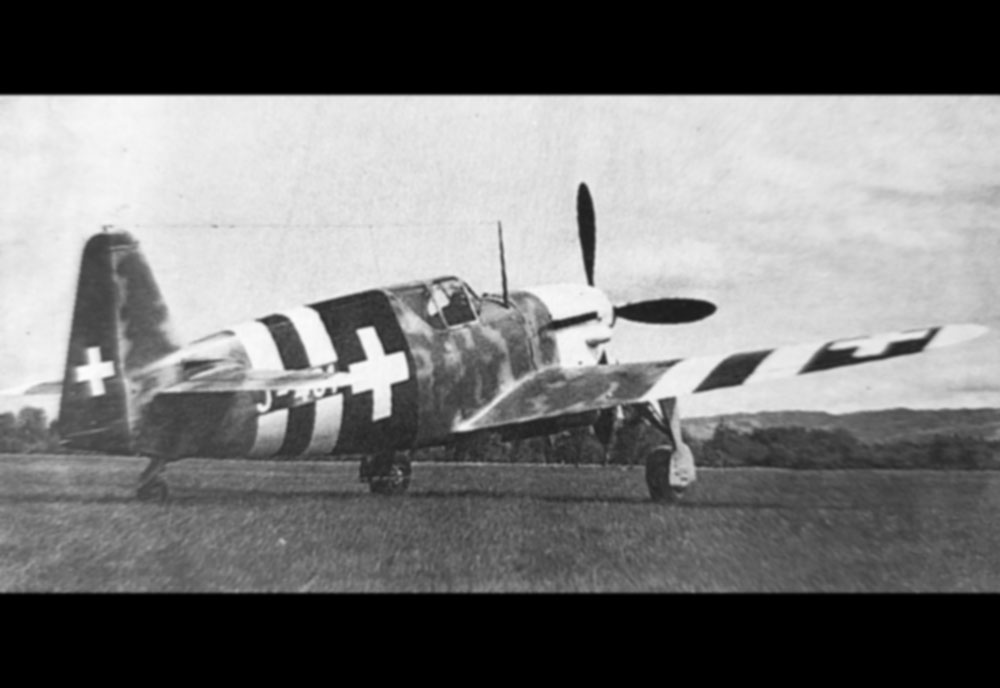