Like the earlier land-based Model 260 fighter, the Bernard H.52 floatplane fighter form failed to net the interest of French authorities during the Interwar Period.

Authored By: Staff Writer | Last Edited: 08/30/2022 | Content ©www.MilitaryFactory.com | The following text is exclusive to this site. 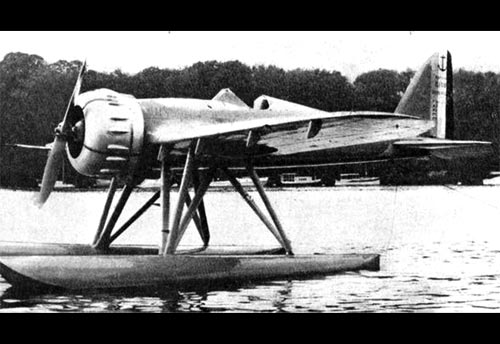 With its failure to sell the French Air Force on its Model 260 land-based monoplane fighter (detailed elsewhere on this site), Societe des Avions Bernard (Bernard) reworked the design into a navalized, carrierborne "floatplane fighter" form. The aircraft was more-or-less the same specimen with enlarged, streamlined floats added to the fuselage in place of the original's fixed wheeled undercarriage and an all-new engine installation to go along with a revised forward section. The floatplane fighter concept offered tactical flexibility at the expense of performance and the resulting Bernard H.52 ("Hydravion") floatplane fighter was not evolved beyond two completed (and flown) airframes.

The H.52 was built against a French Navy specification originating in 1932. It carried the Gnome-Rhone 9Kdrs 9-cylinder air-cooled supercharged radial piston engine of 500 horsepower driving a fixed-pitch metal propeller unit at the nose. Like the Model 260 before it, metal construction was used throughout the makeup of this machine and, like the earlier form, the H.52 was to be armed through 2 x 7.7mm machine guns installed under the wings (one per wing member), these now to be supplied by Darne. High-lift devices, in the form of Handley Page slots at the wing leading edge and flaps at the trailing edges, were in play for low-speed handling.

The prototype was flown for the first time on June 16th, 1933. Testing then followed and the aircraft was given various metal propeller fits differing in blade numbers (up to four-bladed assemblies were trialed). The H.52 borrowed the proven rear fuselage, mainplane members, and tail surfaces from its Model 260 sister. The second prototype then followed into the air during 1934. Despite the work, the design was not adopted by the French Navy, leading the company to focus its efforts on the "H.110" floatplane fighter instead. This too was not selected for production and only one example was built for testing in 1935.

In its place, the French Navy ended up selecting the competing Loire 210 floatplane fighter and twenty-one of the type were contracted for before the end. These were introduced in 1939 and retired shortly thereafter due to repeated structural failings at the wings.

As completed, the H.52 prototype has a length of 30.5 feet, a wingspan of 37.8 feet, and a height of 14 feet. Empty weight was 3,265lb against an MTOW of 4,165lb. The design managed a maximum speed of 204 miles-per-hour with a range out to 370 miles and a service ceiling of 27,900 feet. Time to 13,125 feet was nine minutes.©MilitaryFactory.com
Note: The above text is EXCLUSIVE to the site www.MilitaryFactory.com. It is the product of many hours of research and work made possible with the help of contributors, veterans, insiders, and topic specialists. If you happen upon this text anywhere else on the internet or in print, please let us know at MilitaryFactory AT gmail DOT com so that we may take appropriate action against the offender / offending site and continue to protect this original work.
Advertisements

RUGGED AIRFRAME Inherent ability of airframe to take considerable damage.
HIGH-SPEED PERFORMANCE Can accelerate to higher speeds than average aircraft of its time.
HIGH-ALTITUDE PERFORMANCE Can reach and operate at higher altitudes than average aircraft of its time.
MARITIME OPERATION Ability to operate over ocean in addition to surviving the special rigors of the maritime environment.
BAILOUT PROCESS Manual process of allowing its pilot and / or crew to exit in the event of an airborne emergency.

(Showcased performance specifications pertain to the Bernard H.52 production variant. Performance specifications showcased above are subject to environmental factors as well as aircraft configuration. Estimates are made when Real Data not available. Compare this aircraft entry against any other in our database or View aircraft by powerplant type)
PROPOSED:
2 x 7.7mm Darne machine guns under the wings (one gun per wing member). 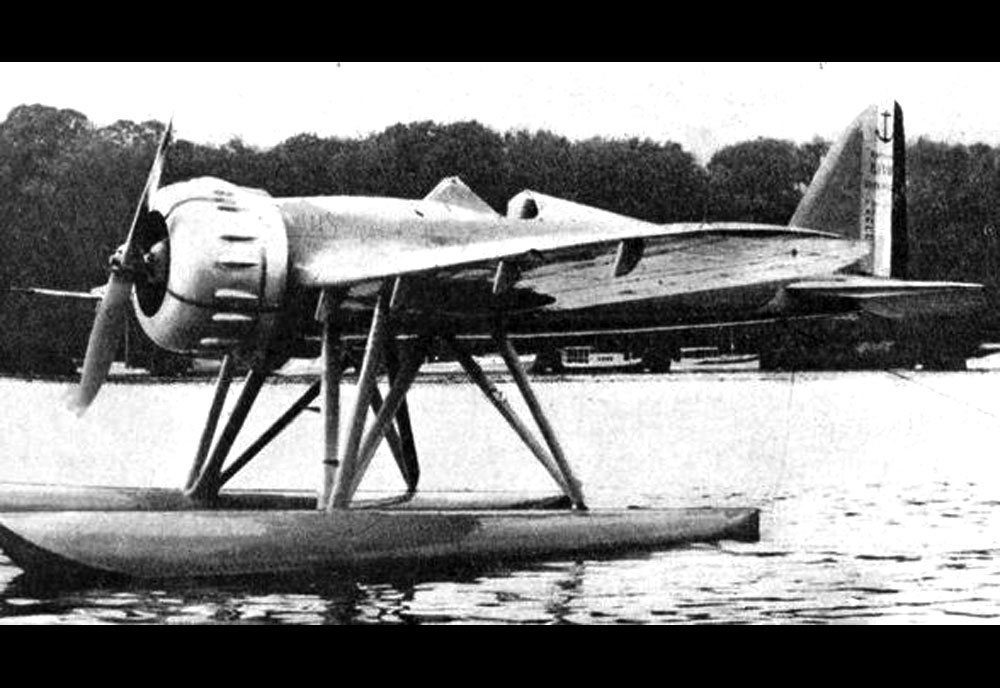