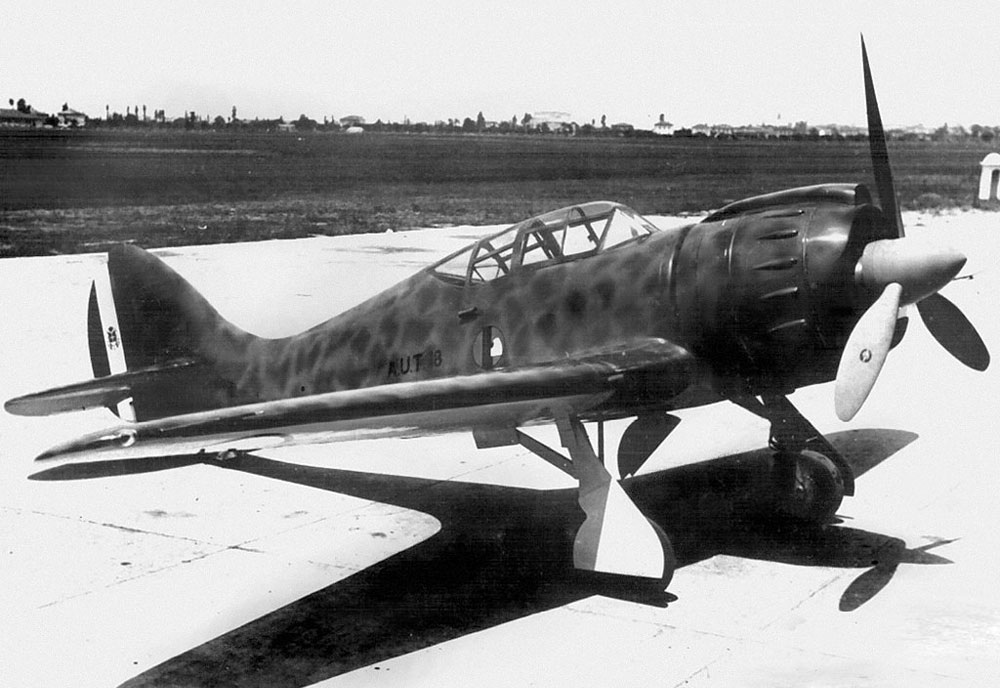 Italy's air force during World War 2 (1939-1945) - the Regia Aeronautica -relied on a broad collection of fighter types resulting from a modernization program enacted in the pre-war period. The Aeronautica Umbra Trojani 18, or "AUT.18", was another product of the period designed to the same air service requirement as the FIAT G.50, Macchi C.200, and Reggiane Re.2000. However, it failed to impress and the sole prototype was all that was completed for the series.

Designed by Felice Trojani and ordered for formal evaluation in 1936, the aircraft was of highly conventional design layout with the engine housed at the nose, the cockpit over center, and a single tail fin at the rear. The mainplanes were set forward of midships and low-mounted at the sides of the fuselage. The members tapered towards the rounded tips. The pilot sat under a heavily framed canopy but nonetheless given relatively good vision out-of-the-cockpit. The undercarriage utilized the proven tail-dragger form, being wheeled and retractable into the design. Construction was of all-metal making for an all-modern fighter design.

Armament centered on 2 x 12.7mm Breda-SAFAT machine guns - unlike other Italian fighters of the period, these fitted to the wing mainplanes (one gun to a wing).

A first-flight of the prototype (s/n M.M.363) was recorded on April 22nd, 1939 and enough was seen of the type to request additional modifications (to include a revised cowling) during the early part of 1940. Additional flight testing then followed into November 1940 but the AUT.18 did little to stand out amongst the crowded field of Italian monoplane fighters - two in-production fighters already slated for service with the Regia Aeronautica were the aforementioned FIAT G.50 and Macchi C.200 monoplanes. As such, the AUT.18 was not furthered beyond its prototype form.

The AUT.18 received its designation from the combination of names: the manufacturer Aeronautica Umbra S.A. and its designer, Felice Trojani.

(Showcased performance specifications pertain to the AUT.18 production variant. Compare this aircraft entry against any other in our database. View aircraft by powerplant type)
2 x 12.7mm Breda-SAFAT Heavy Machine Guns (HMGs) fitted to the wings (one gun per wing).