The Hawker Woodcock became the first fighter design to emerge from the storied British aero-concern of Hawker Engineering.

Authored By: Staff Writer | Last Edited: 09/14/2021 | Content ©www.MilitaryFactory.com | The following text is exclusive to this site. 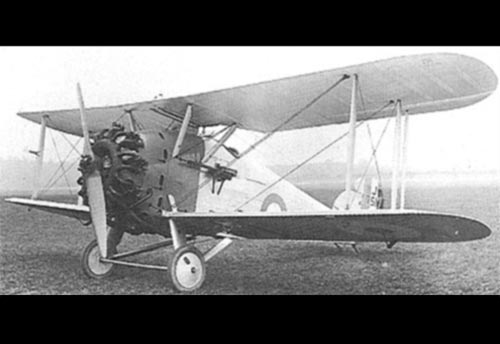 The Hawker "Woodcock" was the first fighter design to emerge from the newly-formed aero-concern of "Hawker Engineering Company" in 1923. Hawker was formed from the remnants of Sopwith Aviation, makers of the war-winning Sopwith "Camel" biplane fighter of World War 1 (1914-1918) fame. The original company, founded by Thomas Sopwith himself during December of 1913, saw its heyday during the war years but went defunct as soon as 1920 with the war market having dried up; at its peak it employed some 5,000 total employees, such was its size. With the new decade, operations were reestablished under the new brand and included such names as Thomas Sopwith, Harry Hawker, and Sydney Camm.

In 1922, the British Air Ministry released the requirements of Specification 25/22 calling for an all-modern single-seat, single-engine fighter for the night interceptor role. Hawker seized the opportunity and went to work under the design leadership of one Captain B. Thomson.

The resultant design was largely conventional for its time, featuring a wood frame with fabric skinning. A traditional over-under biplane wing configuration was used with the fuselage housing the engine at the nose and the pilot just aft of the emplacement. The mainplanes were given twin bays and parallel strutworks for the needed lift, drag, and handling. The unit was conventional in its use of twin horizontal planes straddling a single vertical rudder fin.

In its initial prototype form, known as "J6987", the fighter carried an Armstrong Siddeley "Jaguar II" series engine outputting 358 horsepower to drive the two-bladed propeller unit at the nose. Proposed armament was 2 x 0.303" Vickers Machine Guns in fixed, forward-firing mountings and these would be synchronized to fire through the spinning propeller blades.

A first-flight of this airframe was had in March of 1923 and the design came to be known as the "Woodcock".

As flown, the aircraft proved unsatisfactory mainly due to stability and control issues, requiring modifications to the design with the work assigned to chief designer W.G. Carter. The wingspan was reworked with less surface area and the twin-bay arrangement given up in favor of a reduced-drag, reduced-complexity single-bay approach. More importantly, the original Jaguar II engine was given up in favor of the Bristol "Jupiter IV" type promising enhanced performance with its 380-425 horsepower output rating. In all, much of the original Woodcock's design was changed save for the basic structure.
Advertisements

In this new guise, the aircraft reappeared as the "Woodcock Mk II" and its own first-flight was recorded in August of 1923. Additional testing resulted in some additional modifications being implemented but the Air Ministry liked what it saw and contracted for an initial batch of the new armed, night-capable fighters before the end of 1924. The service would eventually take on a stock of 62 of the fighters.

Once inducted into service, the Woodcock II was assigned to Royal Air Force (RAF) No.3 Squadron in May of 1925 and first examples were delivered in March of the following year. The aircraft held an accident-prone existence early on - mainly due to structural issues - but modifications were made to help RAF pilots find favor in the design before the end.

The series was also used by No.17 Squadron of the RAF and taken into service by both the Danish Army and Navy air services. Three Danish aircraft carried the Jaguar IV engine and were armed with 2 x Madsen Machine Guns under the name of Hawker "Danecock". At least twelve airframes were constructed locally, under license, through the Danish Royal Naval Dockyard of Denmark and appeared with the designation of L.B. II "Dankok".

Total serial production of all types for all users ultimately reached 64 units and the type flew into 1936 even though the series had already been succeeded (officially) by the more modern Gloster "Gamecock" biplane as soon as 1928.
Advertisements

SYNCHRONIZED / INTERRUPTOR GEAR Automatic weapons are synchronized to fire through the spinning propeller blades via special mechanical gear arrangement.
MULTI-WINGED Addition of more mainplanes to enhance inherent agility, providing a tactical edge in tight engagements.
RUGGED AIRFRAME Inherent ability of airframe to take considerable damage.
HIGH-SPEED PERFORMANCE Can accelerate to higher speeds than average aircraft of its time.
HIGH-ALTITUDE PERFORMANCE Can reach and operate at higher altitudes than average aircraft of its time.
EXTENDED RANGE PERFORMANCE Capability to travel considerable distances through onboard fuel stores.
SUPER PERFORMANCE Design covers the three all-important performance categories of speed, altitude, and range.
MARITIME OPERATION Ability to operate over ocean in addition to surviving the special rigors of the maritime environment.
BAILOUT PROCESS Manual process of allowing its pilot and / or crew to exit in the event of an airborne emergency.

(Showcased performance specifications pertain to the Hawker Woodcock Mk.II production variant. Compare this aircraft entry against any other in our database or View aircraft by powerplant type)
2 x 0.303" Vickers Machine Guns in fixed, forward-firing mountings near the nose; synchronized to fire through the spinning propeller blades. 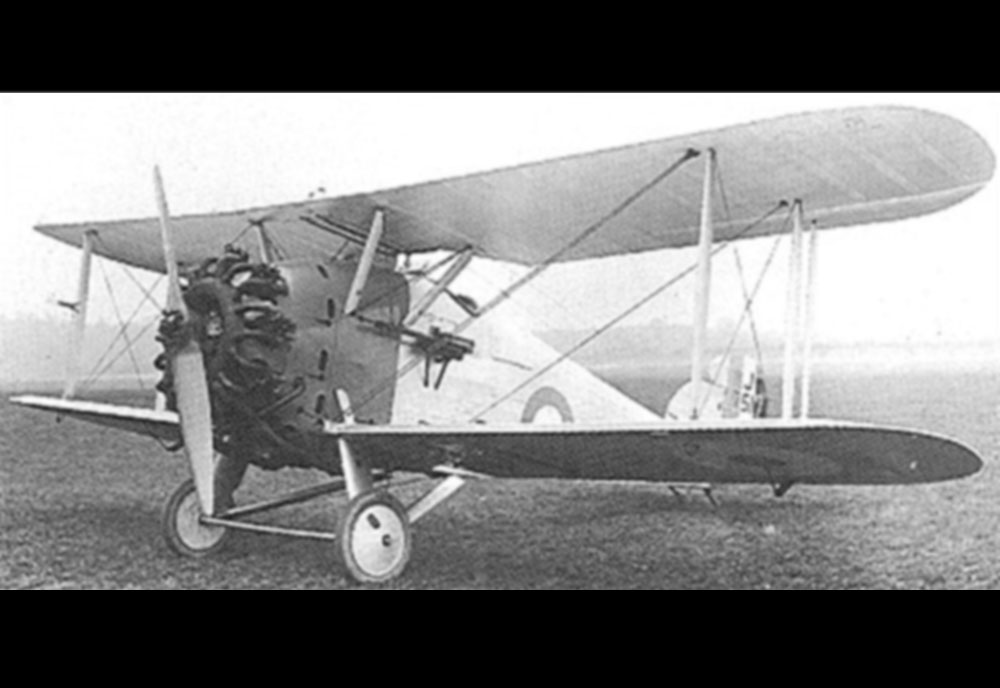