The Hafeli DH-3 armed biplane scout was the natural follow-up to the DH-2 - improving in most aspects of the earlier design.

Authored By: Staff Writer | Last Edited: 09/14/2021 | Content ©www.MilitaryFactory.com | The following text is exclusive to this site. 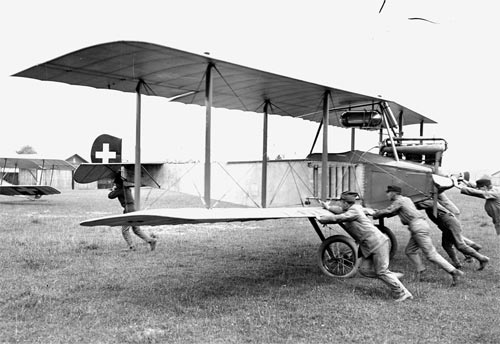 The Hafeli DH-3 of 1917 was the logical follow-up to August Hafeli's work on the preceding twin-boom DH-1 biplane and conventionally-arranged DH-2 biplane reconnaissance platforms for the Swiss Air Force (both detailed elsewhere on this site). Neither was an outright success and served beyond Swiss borders for their time but laid the ground work for the DH-3 and others to follow. The resulting design saw more widespread use with serial production across three major variants reaching 110 units in all.

Like the earlier entries, the DH-3 utilized a twin-seat, open-air cockpit arrangement and over-under biplane wing configuration. The engine was sat at the nose in the usual way and the mainplanes were given twin bays with parallel struts. A simple fixed, twin-wheeled undercarriage with tailskid was used for ground-running. For all intents and purposes, the DH-3 was drawn up as an improved form of the earlier DH-2 and used the same configuration, materials (fabric over wood), and arrangement. Changes included a new cut-out portion of the upper wing member for improved viewing from the cockpit as well as enhanced firing arcs for the machine gunner.

Like other Hafeli designs, the DH-3 carried an Argus As II series developing 120 horsepower driving a two-bladed, fixed-pitch wooden propeller at the nose.

Dimensions included a running length of 26 feet, a wingspan of 41 feet, and a height of 10 feet. Empty weight reached 2,500lb against an MTOW of 3,500. Performance specs included a maximum speed of 90 miles-per-hour, a range out to 250 miles, and a service ceiling of 14,800 feet. Armament was a single 7.45mm machine gun on a trainable mounting at the observer's / gunner's cockpit.

At least twenty-four first-run production models were built to the stated DH-3 standard. However, engine issues and problems related to the undercarriage forced a revision to the extent that the series was given a new variant, the DH-3a of 1919.

These further improved models now carried the imported Hispano-Suiza HS-41 8Aa V-8 water-cooled engine of 150 horsepower and appeared in four initial contracted units. Then followed another thirty examples in 1919, these with locally-built, licensed engines. Beyond this were forty-nine additional airframes to arrive in 1925. In 1932, the series was modified again, this time at their mainplane members, to carry Handley Page slats. In all, 83 DH-3a aircraft were produced, making them the definitive offering of the line.

The DH-3b were three biplanes of 1918 outfitted with the LFW 0 series engine of 150 horsepower.

In both production totals and performance capabilities, the DH-3 was a success when compared to the earlier DH-1 and DH-2 types and flew into 1939, the year to see the start of World War 2 (1939-1945). The DH-4, sharing much with the DH-3 save for its two-man crew and synchronized, forward-firing machine gun, naturally followed in the early part of 1918 but only existed as a single prototype for its time in the air.
Advertisements

RUGGED AIRFRAME Inherent ability of airframe to take considerable damage.
HIGH-SPEED PERFORMANCE Can accelerate to higher speeds than average aircraft of its time.
EXTENDED RANGE PERFORMANCE Capability to travel considerable distances through onboard fuel stores.
BAILOUT PROCESS Manual process of allowing its pilot and / or crew to exit in the event of an airborne emergency.
CREW-MANAGED Beyond a pilot, the aircraft takes advantage of additional crew specialized in specific functions aboard the aircraft.
GUN POSITIONS Defensive gun positions for engagement / suppression.

(Showcased performance specifications pertain to the base Hafeli DH-3 production variant. Compare this aircraft entry against any other in our database or View aircraft by powerplant type)
1 x 7.45mm machine gun on trainable mounting at observer's / gunner's cockpit. 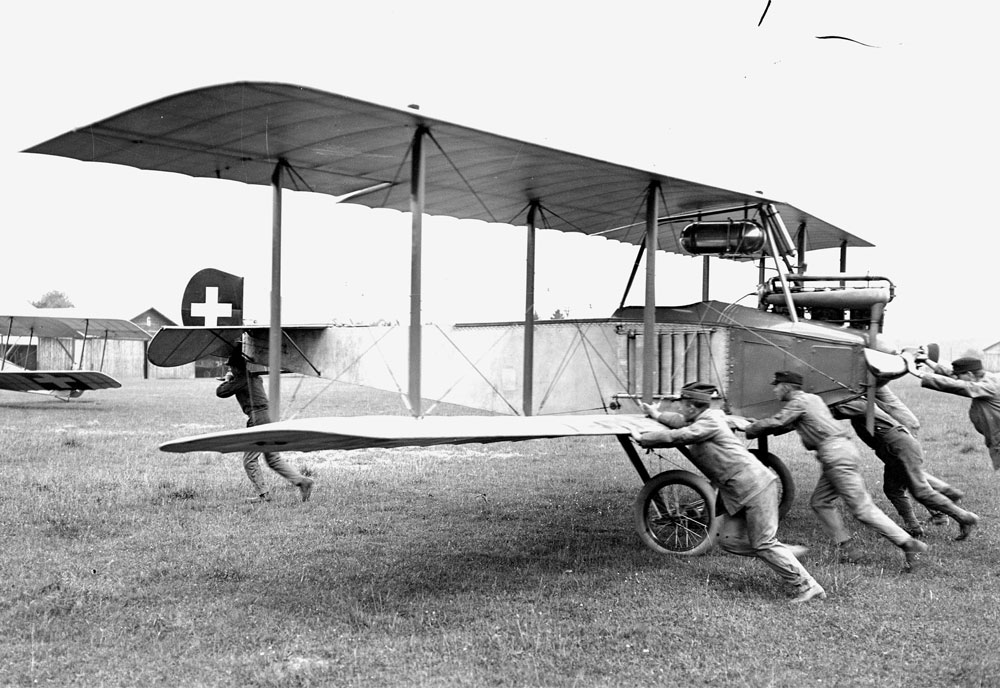 Aviation developments of similar form and function, or related to, the Hafeli DH-3...