The little known Wallace-Martin Model A of the World War 2 period was to feature a push-pull engine configuration and twin tailboom arrangement.

Authored By: Staff Writer | Last Edited: 07/29/2021 | Content ©www.MilitaryFactory.com | The following text is exclusive to this site. 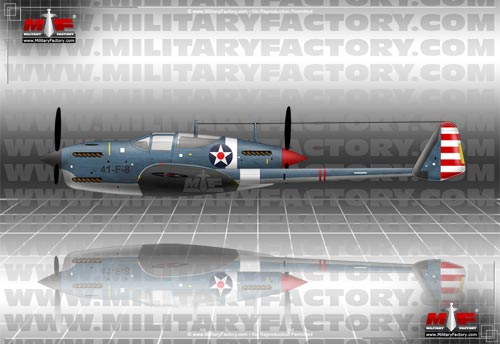 Proposed against United States Navy (USN) Specification SD-112-18 in 1941, the Wallace-Martin Model A was intended to fulfill the role of the service's next, all-modern carrierborne fighter. The design included a rather unique twin-engine, twin-boom configuration including tractor/trailing propeller units and was to feature machine gun or cannon armament. For its time, this hevay fighter would have been an imposing adversary should the design have come to fruition though, as fate would have it, the Model A went on to become nothing more than a footnote in American military aviation history concerning the World War 2 period (1939-1945).

This USN requirement was rather steep for 1940-1941 and sought a solution with a minimum speed of 400 miles-per-hour, a service ceiling of 35,000 feet, and operational range of 1,000 miles. Available platforms of the time included the Grumman F4F "Wildcat" single-seat, single-engine monoplane fighter of 1940 which could manage a top speed of just over 330mph.

The Wallace-Martin Model A proposal centralized its single-seat cockpit in the twin-boom arrangement. This included both engines and fuel stores bookending the pilot's position with the forward engine driving a three-bladed propeller unit at front and the rear-set engine managing a three-bladed propeller at the extreme rear of the fuselage nacelle. The push-pull power was to drive the Model A to exceptional speeds. The cockpit section offered rather good vision as the sides, rear, and front of the position were glazed. Automobile-style doors (ala the Bell P-39 "Airacobra") allowed the necessary entry/exit for the pilot. The undercarriage was to have been of tricycle arrangement with the nose leg retracting under the nose/cockpit section and each main leg positioned under each tail boom. As a carrier-based fighter, the Model A was to feature folding wing mainplanes for improved storage.

The monoplane wing mainplane was of large-area design with rounded tips and low-mounting along the sides of the fuselage. From each wing member emanated a tail boom component which ran rearwards and the two were joined by a shared horizontal plane at center. Each boom was capped by a vertical tail fin of rounded edges and limited surface area.

Armament was to center on 6 x 0.50 caliber Browning Heavy Machine Guns (HMGs) with a pair seated in the nose assembly (synchronized to fire through the spinning forward propeller blades) and two each to be placed in the wing leading edges ahead of each tailboom. Provision was also given to replace the entire machine gun battery with 4 x 20mm automatic cannons at a future date.

Power was to stem from 2 x Lycoming XH-2470-4 "H-engine" units developing 2,000 horsepower each to drive the twin three-bladed propellers. Assuming the propellers spun in contra-rotating fashion, natural torque would have been canceled out, making for a steady flying and fighting platform. The XH-2470 had its roots in the Lycoming O-1230 but remained in an experimental stage for the duration of its life, fitted only to the experimental Vultee XP-54 twin-boom heavy fighter (detailed elsewhere on this site) and never adopted for any serial production aircraft.

Despite all this, the Wallace-Martin submission joined offerings from defense players in Bell, Boeing, Brewster, McDonnell, and Naval Aircraft Factory in not being selected. The requirement eventually evolved to become the F7F "Tigercat" carrierborne heavy fighter twin of the late-war years which went on to see notable service in the upcoming Korean War (1950-1953).
Advertisements

NOTE:
4 x 20mm automatic cannons were to succeed the machine gun arrangement at a future date.

Model A - Base Project Designation. 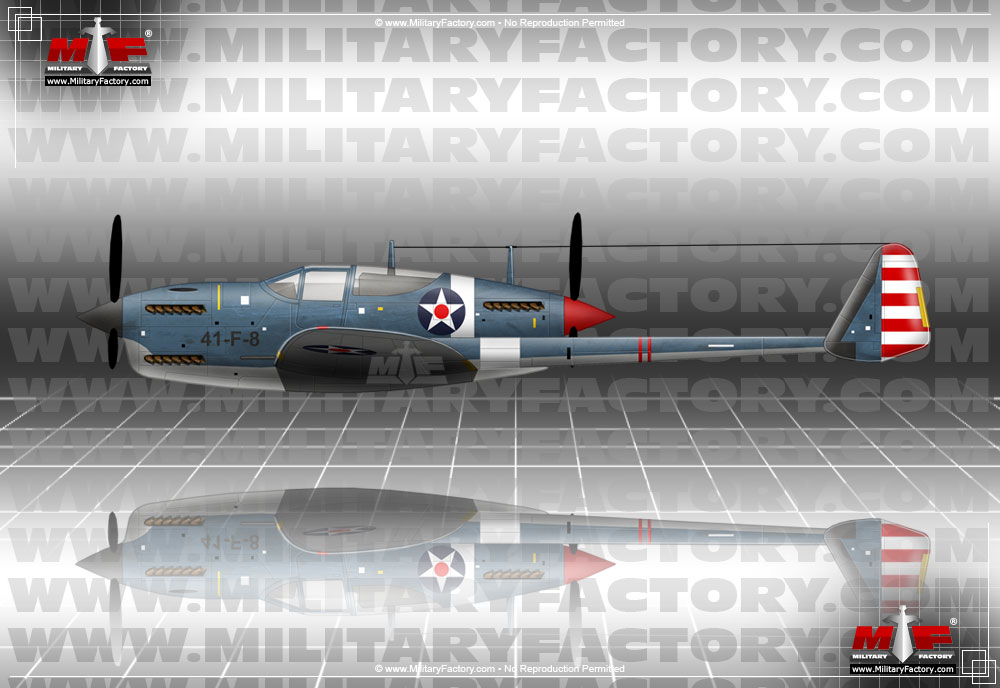