The RWD-14 was born as an Army Cooperation Aircraft for Polish defense but fared poorly in the ensuing German invasion of the country in September 1939.

Authored By: Staff Writer | Last Edited: 06/21/2021 | Content ©www.MilitaryFactory.com | The following text is exclusive to this site. 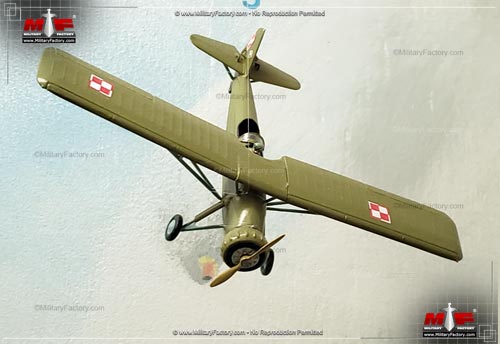 In 1936, RWD of Poland flew - for the first time - a monoplane "army cooperation aircraft" design, the entry becoming the RWD-14 "Czapla" ("Heron") in service. As an army cooperation platform, the aircraft would be charged with over-battlefield roles including - but not limited to - artillery-spotting, general reconnaissance, liaison and - in some cases - Close-Air Support (CAS) for ground-based "friendlies". For inter-war designs like the RWD-14, this often entailed qualities such as an inherent Short Take-Off and Landing (STOL) capability as well as rough-field operations from unprepared airstrips.

The RWD-14, introduced into service in 1939, was used by the forces of Poland and, subsequently, Axis-aligned Romania for its time in the air.

The aircraft was born in a 1933 requirement by the Polish Air Force seeking such a platform and one to replace the in-service Lublin R-XIII which was just years old since its own introduction. RWD engineers went to work in developing the new model - the design relying on experiences gained through the "RWD-8" trainer type - indeed mimicking its configuration and high wing mounting - and evolved to become the "RWD-12". This evolved design was not furthered so the newer "RWD-14" was pursued instead.

In testing, the prototype RWD-14 managed to best a competing Lublin offering (the R-XXI) and additional work in 1937 resulted in the "RWD-14a" in an attempt to improve performance. Two prototypes were built to the standard but both were eventually lost in testing, leading to yet another - a forth - prototype in the series to come online in 1938 as the "RWD-14b". It was this entry that satisfied Polish Air Force authorities and was ordered into serial production to stem from state-owned Lublin Aircraft Works (LWS) - hence the aircraft appearing in some sources as the "LWS Czapla".

In all, production would reach 65 total units as well as the four aforementioned prototypes covering its development. Manufacture of the model spanned from 1938 until 1939 prior to the start of World War 2 (1939-1945).

The RWD-14b was given a running length of 29.5 feet, a wingspan of 39 feet, and a height of 9.9 feet. Empty weight reached 2,700lb against a gross weight limit of around 3,750lb. Power was had through a single PZL G-1620B Mors-II series 9-cylinder, air-cooled radial piston engine outputting 470 horsepower and driving a two-bladed propeller unit (fixed-pitch) at the nose. Performance specs included a maximum speed of 153 miles-per-hour, a cruising speed of 145 mph, a range out to 420 miles, and a service ceiling up to 16,700 feet. Rate-of-climb reached a useful 1,200 feet-per-minute.

If armed, the aircraft would carry a single fixed, forward-firing 7.92mm wz.33 machine gun for the pilot and a single 7.7mm Vickers K machine gun on a trainable / flexible mounting at the rear cockpit for the observer. Some forms were also equipped with critical radio equipment for airborne communications and a camera for reconnaissance work.

A key quality of the RWD-14 was its high-mounted, parasol wing mainplane structure which gave unobstructed views of the action below and aided in drag-and-lift for the "low-and-slow" aircraft design. Wood and metal were used throughout the aircraft's overall construction with stretched canvas and plywood featured in its skinning. The "tail-dragger" undercarriage was wheeled though fixed in flight, simplifying construction and maintenance at the expense of added drag. The crewmen were seated in line in open-air cockpits with redundant control schemes giving the rear operator / observer the capability to also pilot the aircraft is needed.

In service, the aircraft was already considered outmoded and obsolete by modern standards with little advancement over the outgoing Lublin R-XIII. The series was in service by the time of the German invasion of Poland on September 1st, 1939 but managed to make little impact in the fighting that followed. It stocked a total of five observation squadrons at the outbreak of hostilities and went on to serve the Polish Army as their "eye-in-the-sky". As expected, the Czapla fared poorly against modern German fighters of the day and much of the fleet was lost in action. Some fourteen were flown to neighboring Romania before the fall of Poland only to be requisitioned into service by the Axis ally, these ultimately used strictly for training. Any other random airframes still found across Poland were taken over and presumed destroyed by the conquering Germans and Soviets.
Advertisements

(Showcased performance specifications pertain to the RWD-14b production variant. Compare this aircraft entry against any other in our database or View aircraft by powerplant type)
Typical: 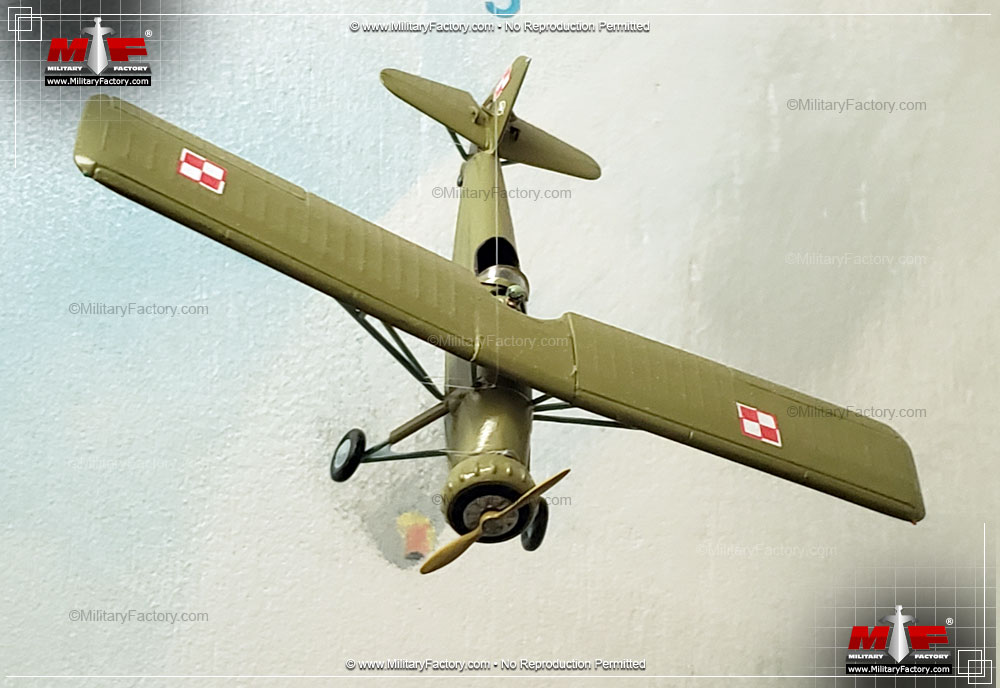