The North American P-64 began its days as a fighter through the NA-50, was advanced in the NA-68, and served the USAAC as a trainer.

Authored By: Staff Writer | Last Edited: 11/06/2020 | Content ©www.MilitaryFactory.com | The following text is exclusive to this site. 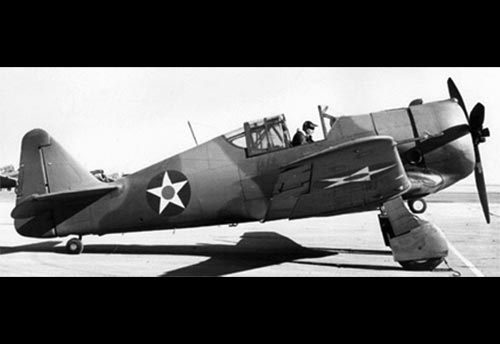 One of North American's first projects after moving from the American East Coast to the Los Angeles, California area was production of its O-47 observation aircraft for the United States Army Air Corps. The portly aircraft, powered by a single engine at the nose and carrying a team of three, was built in 239 total examples for the service. At this time, the company had yet to unveil its war-winning designs like the B-25 Mitchell Medium Bomber and the P-51 Mustang fighter - it had, however, made a strong name for itself as a designer of capable military trainers.

Attention turned to a design that became the "NA-16" of 1935, a single-engine, twin-seat trainer which went on to see then-considerable production figures of 1,935 built from 1935 to 1939. These went on to see widespread global service and variants of the line eventually became the "BT-9" (over 260 built) and the Australian CAC "Wirraway" (755 built). Powered by a Wright R-975 "Whirlwind" air-cooled radial piston engine of 400 horsepower, the aircraft proved serviceable enough in its role until overtaken by more advanced designs leading up to the war years.

Against the backdrop of a deteriorating global situation, and a future World War becoming something of an inevitability, the company then set it sights on a low-cost, export-minded fighter with all-modern features and used the simplistic NA-16 as the starting point - thus giving rise to the "NA-50" company designation.

For power, the NA-50 was given a single Pratt & Whitney R-1820-77 air-cooled radial piston engine of 870 horsepower driving a three-bladed propeller unit at the nose. It was largely completed in metal though fabric was used at the control surfaces. Armament was modest with 2 x 0.30 caliber medium machine guns synchronized to fire through the spinning propeller blades. Up to 550lb of conventional drop ordnance could be carried under the wings, giving the fighter a light-bombing capability. On the whole, the design lacked much of what made the British "Spitfire" and German Bf 109 excellent fighters as the 1930s went but would be a capable solution to Second and Third World parties nonetheless. At the very least, it exhibited modern qualities such as an enclosed cockpit, a retractable undercarriage (tail-dragger type), and metal construction when compared to frontline biplanes of the day.

This led to the Peruvian Air Force's interest in the low-cost American fighter, mainly due to what the product could offer the country in its war against neighboring Ecuador. The type was therefore ordered, and operated, into 1950 and were used in anger as fighters and fighter-bombers for their time in the air. Seven NA-50s were ordered and delivered in all.

Then came an order in 1941 from the Royal Thai Air Force for six of the aircraft which were to be used to strengthen a possible defense against a growing Japanese Empire. These airframes were largely similar to the Peruvian models but added 2 x 20mm automatic cannons at the wings and had revised tail surfaces. With the changes in place, the modified design became known as the "NA-68". However, the order fell to naught as Thailand fell to the Japanese and the in-delivery NA-68 fighter stock made it no further than Hawaii from its Californian origination.

Instead, this fleet of six were handed over to the USAAC which sought any and all training platforms for its airmen. Due to their limited performance and armament (as modern fighters went), the aircraft were relegated to the Advanced Training role. Despite this, the USAAC elected to designate the trainers as "P-64" owing to its "pursuit" fighter roots. In their new role (sans the machine gun armament to save on weight), the aircraft operated admirably well with excellent aerobatic handling and performance being notable traits.

Those few P-64s that survived the war and ended up in the yards of expired / abandoned aircraft readied for the scrapman's torch. Two are known to have been preserved - an astounding feat considering only thirteen were ever made.
Advertisements

Peru; Thailand (ordered, never delivered); United States
(OPERATORS list includes past, present, and future operators when applicable)
✓ Air-to-Air Combat, Fighter
General ability to actively engage other aircraft of similar form and function, typically through guns, missiles, and/or aerial rockets. ✓ Interception
Ability to intercept inbound aerial threats by way of high-performance, typically speed and rate-of-climb. ✓ Ground Attack (Bombing, Strafing)
Ability to conduct aerial bombing of ground targets by way of (but not limited to) guns, bombs, missiles, rockets, and the like. ✓ Close-Air Support (CAS)
Developed to operate in close proximity to active ground elements by way of a broad array of air-to-ground ordnance and munitions options. ✓ Training (General)
Developed ability to be used as a dedicated trainer for student pilots (typically under the supervision of an instructor). ✓ Training (Basic)
Used in the aerial training role to cover basics of flight, general handling, take-off/landing actions, and related. ✓- Training (Advanced)
Dedicated advanced training platform for student pilots having graduated from basic flight training.

OPTIONAL:
Up to 550lb of conventional drop bombs held externally under the wings. 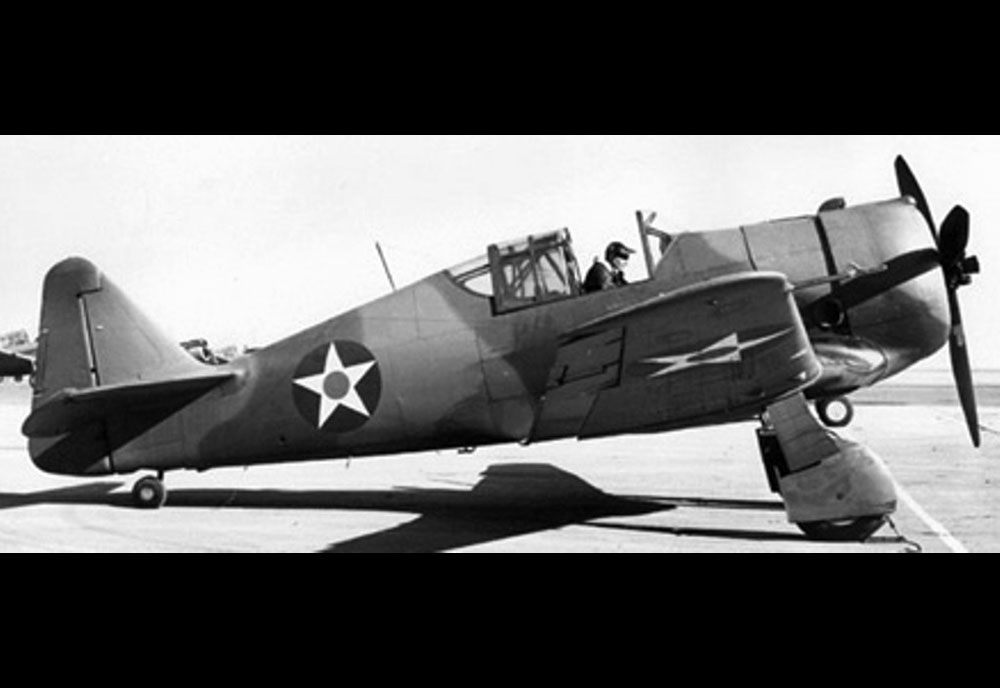