Just over 150 PZL P.7 monoplanes were built before World War 2 by PZL of Poland - the line seeing combat action in the losing effort that followed.

Authored By: Staff Writer | Last Edited: 11/01/2020 | Content ©www.MilitaryFactory.com | The following text is exclusive to this site. 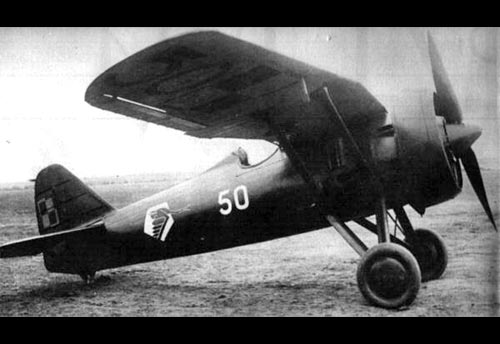 Regarded as one of the best examples of a single-seat, single-engine fighter aircraft during the Inter-war years, the PZL "P.7" of Poland showcased such forward-thinking qualities as all-metal construction and enhanced vision out-of-the-cockpit, the latter thanks to the effective implementation of "gull-like" wing mainplane members. Developed from the earlier PZL-built, radial-powered "P.6" fighter design and first flown in October of 1930, the type was produced in quantity from 1932 until 1933, resulting in 149 operational examples as well as two prototypes used to prove the design sound. Despite its obsolescence at the start of World War 2 (1939-1945), the fighter was still in use by the Poles during the valiant - though ultimately failed - defense of Poland during the German invasion of 1939.

The P.7 owes its existence to original work conducted by engineer Zygmunt Pulawksi who drew up plans for a modern, all-metal fighter which became the inline-powered "P.1" of 1929 (two were built by PZL). Though never materializing beyond a prototype form, the work led to the evolutionary P.6 of 1930 - the design claiming the top spot in the 1931 National Air Races.

Even before the dust had settled on the P.6, which was not serially produced, the P.7 was formed from the existing body of work. Again an air-cooled radial piston engine was used (the British Jupiter VIIF) and the gull wing mainplane members retained. The twin-spar gull wings were braced along the sides of the fuselage as expected and provided exceptional drag-versus-lift performance. The aircraft carried an open-air cockpit for its single crewman, had a single-finned tail unit atop a common empennage, and showcased a twin-wheeled tail-dragger undercarriage arrangement.

The Jupiter VIIF engine offered additional power than previous iterations and had an integrated supercharger, allowing for improved high-altitude performance in the thinner air. This installation drove a two-bladed propeller at the nose. The original cylinder cowling seen in the first "P.7/I" prototype was redrawn to a Townend ring type which aided aerodynamics and led to a reduced-area tail section being implemented. These changes produced the second prototype known as the "P.7/II" and appearing in 1931.

It was this second prototype form that was trialed and accepted by the Polish Air Force with the formal designation of "P.7a". By this time the design had been given an increase to its wing surface area for additional stability. Deliveries to the service were all had in 1932 (first examples to the Kosciuszko Squadron) and service entry began in 1933 - the line used to succeed a fleet of PWS-A (Avia BH-33 under license) and PWS-10 fighters. With this, the Polish Air Force became the first such service to field a fleet of entirely metal fighters as the P.7 formed the 1st, 2nd, 3rd, and 4th Air Regiments of the service.

Dimensions of the P.7a included a length of 23.5 feet, a wingspan of 33.9 feet, and a height of 9 feet. Empty weight was 2,230lb against a Maximum Take-Off Weight (MTOW) of 3,105lb. Power from the Polish Skoda Works (Jupiter) VIIF 9-cylinder air-cooled, radial piston engine was 527 horsepower at take-off, resulting in a maximum possible speed of 197 miles-per-hour, a range out to 350 miles, and a service ceiling up to 27,150 feet.

As soon as 1935, the design was being viewed as obsolete in the face of advancing technologies and offerings being put forth by regional rivals like Germany. This led to the development and subsequent adoption of the PZL "P.11" fighter which overtook the P.7 in the frontline role for the Polish Air Force, the P.7's status now relegated to flying trainers from then on. These were still available at the time of the German invasion and were pressed into wartime service whatever roles needed. While claiming some enemy aircraft, and still proving maneuverable even against more modern types, the line was wholly outclassed mainly due to limited performance and armament.

Those P.7 examples that didn't escape to neighboring Romania before the fall of Poland were either destroyed in action in the air or on the ground where they rested - any survivors being used as trainers by the victorious Germans. Romanian P.7a fighters were used by the Axis-aligned Romanians only in a limited capacity and namely for training while, similarly, the invading Soviets went on to claimed a few working P.7a examples of their own and pressed them into training roles as well.©MilitaryFactory.com
Note: The above text is EXCLUSIVE to the site www.MilitaryFactory.com. It is the product of many hours of research and work made possible with the help of contributors, veterans, insiders, and topic specialists. If you happen upon this text anywhere else on the internet or in print, please let us know at MilitaryFactory AT gmail DOT com so that we may take appropriate action against the offender / offending site and continue to protect this original work.
Advertisements

(Showcased performance specifications pertain to the PZL P.7a production variant. Performance specifications showcased above are subject to environmental factors as well as aircraft configuration. Estimates are made when Real Data not available. Compare this aircraft entry against any other in our database or View aircraft by powerplant type)
ORIGINAL:
2 x 7.9mm Vickers Model E Machine Guns in fixed, forward-firing mountings over the nose synchronized to fire through the spinning propeller blades. 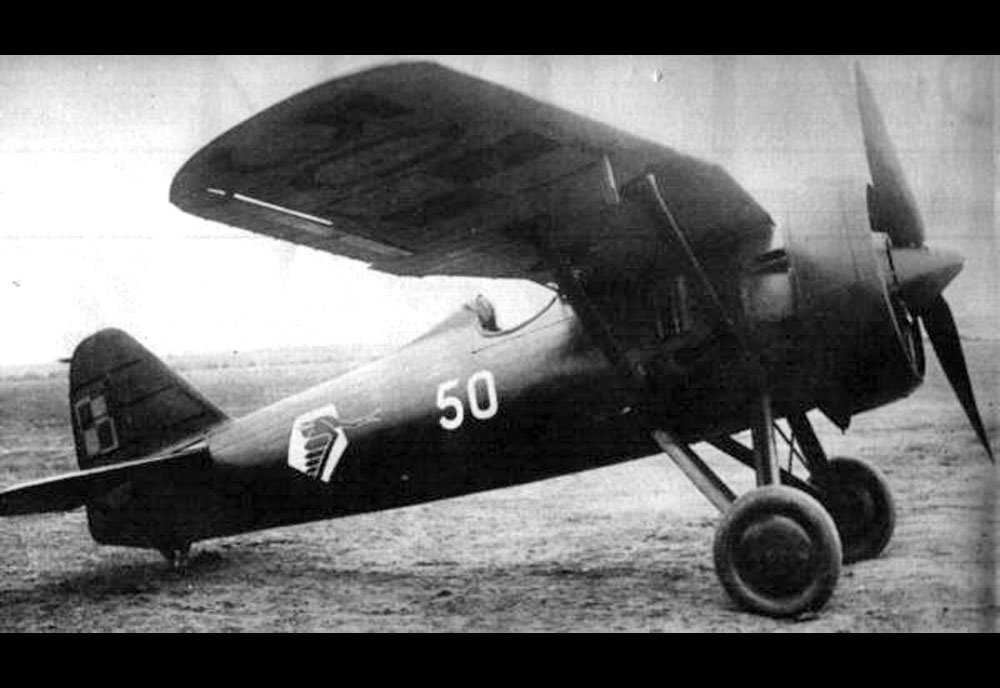