The clumsy four-winged FF.54 was the last fighter attempt by Friedrichshafen during the World War 1 period - the company went defunct after the conflict.

Authored By: Staff Writer | Last Edited: 10/07/2020 | Content ©www.MilitaryFactory.com | The following text is exclusive to this site. 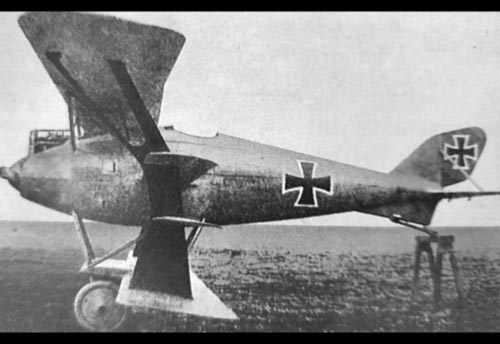 The German World War 1-era aero-concern of Friedrichshafen failed to net any of the standing fighter contracts during the conflict, aviation history recognizing its contributions solely in the fields of seaplanes/floatplanes and bombers. The "FF.54" stood as its last chance after the failures of both the "FF.43" floatplane fighter its land-based counterpart the "FF.46" biplane fighter (both detailed elsewhere on this site). The new proposal was of rather unique form in its incorporation of a "quadruplane" wing mainplane arrangement.

Monoplanes and triplanes both found their respective levels of success during the war but the biplane continued to reign supreme even into the post-war years. That did not stop aeronautical engineers from attempting to fit additional mainplanes onto their aircraft in the hopes some performance or handling advantage could be had. Friedrichshafen attempted such a project with their FF.54 but, like the others, this optimistic initiative ultimately fell to naught - just a single prototype was completed and even this was reworked to a more conventional triplane form before the end.

The FF.54 was given many of the established traits of Great War fighters including a fixed, twin-wheeled tail-dragger undercarriage, single-finned tail unit, and open-air cockpit. At its core it was a general single-seat, single-engine fighter powered by the Mercedes D.III 6-cylidner water-cooled inline piston engine of 160 horsepower - the same as used in the FF.43 and related FF.46. Again, armament featured 2 x 7.92mm LMG 08/15 air-cooled machine guns in fixed, forward-firing mounts synchronized to fire through the spinning propeller blades. The fuselage was well-rounded for aerodynamic efficiency and the pilot's position quite raised to see over the clumsy wing arrangement.

This is where the aircraft differed - its implementation of a quadruplane wing arrangement. This involved a basic upper and lower wing member sitting over-under a pair of narrower, closer-set middle planes installed at the sides of the forward fuselage. The upper wing member was set well-forward in the arrangement while the lowest member was seated under the pair of middle planes - which were evenly stacked on one another. The upper wing member was further joined by V-style struts while the two middle and single lower members were interconnected via thick interplane struts. The end result became a rather peculiar, cumbersome looking aircraft that was intended to match the best fighters of the day.

Work on the aircraft was underway during October 1917 which ultimately led to flight-testing soon after. When the quadruplane wing arrangement proved lacking, the fighter was reworked in April 1918 to feature only three wing mainplanes - a configuration seen in the classic Sopwith Triplane and Fokker Dreidecker (both went on to achieve limited success in the air war). The removal of one of the middle planes necessitated modification of the tail plane surfaces to compensate for the loss.

In this new guise, the fighter was retested in May of 1918 into September. Before the end of the war in November 1918, the aircraft suffered a crash and was not developed further - thus ending Friedrichshafen's contributions to the German air war effort of The Great War. The company went defunct in 1923 and its production assets taken over by Dornier.
Advertisements 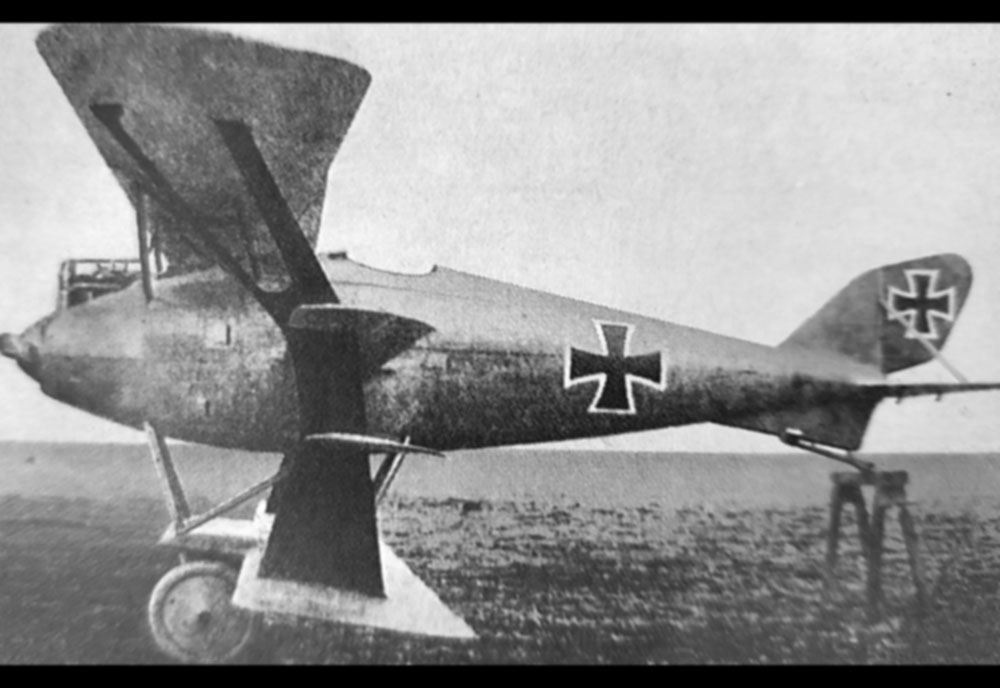