The AeroVironment Switchblade is a loitering munitions drone operated at the squad-level.

Authored By: Staff Writer | Last Edited: 04/22/2022 | Content ©www.MilitaryFactory.com | The following text is exclusive to this site. 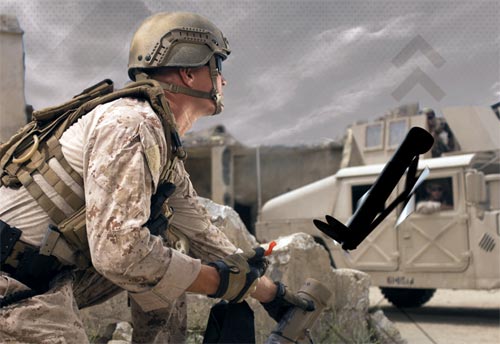 One of the evolutionary offshoots of the field of Unmanned Aircraft Systems (UASs) is the loitering munition - portable or vehicle-launched dispensable air vehicles designed to neutralize embedded enemies. For AeroVironment, whose proven UAV product line up is long and deep, provides such a solution through its impressive "Switchblade" loitering missile. The Switchblade is a self-contained, man-portable or vehicle-mounted product for search-and-destroy actions.

The Switchblade drone takes to the air via its provided launch tube and the complete package (drone, launch tube, and payload) can be deployed in seconds at the squad-level - serving both special forces operatives as well as conventional infantry with equal efficiency. Carry weight is just 5.5lb while the complete system can be hauled in a basic rucksack. A hinged bipod supports the launch tube when made ready-to-fire on the ground. Its compact size, relatively low operating acoustics, and low thermal output allow it to break through most any defense unnoticed.

The design of the UAV is centered on a tubular fuselage which contains all pertinent operating components including the drive motor - providing power to the twin-bladed propeller unit at the rear ("pusher" configuration) - avionics set, and camera equipment. Twin low-mounted mainplanes are featured fore and aft along the fuselage and a twin-vertical tailplane arrangement is used. All wing surfaces hinged and spring into action upon launch.

The system sports full GPS support and offers real-time video, making the product capable of Search-and-Track (SaT) functionality as well as engagement. Targeting optics include dual front- and side-looking Electro-Optical (EO) cameras as well as a nose-mounted camera fitting with fully-stabilized electronic pan/tilt/zoom. All this adds precision in the strike action, reducing collateral damage considerably while a "wave off" capability ensures the air vehicle can be called off before it fully commits to the attack should the situation change.

Switchblade features a 10 kilometer range with 15 minute endurance window and maximum speeds can reach near 100 miles-per-hour while cruising is closer to 63 mph. Operating altitudes of the standard Switchblade product are under 500 feet though other variants are shown to operate over 15,000 feet according to marketing materials.

Beyond its base man-portable form is the vehicle-installed Multi-Pack Launcher (MPL) featuring up to six ready-to-fire Switchblade loitering missiles with rapid-reload function and variable power options (conventional, solar). This model can be fitted to vehicles, warships, and aircraft as needed, fulfilling the same battlefield role as its man-portable version.

March 2021 - The United Kingdom is in line to purchase a stock of Switchblade loitering munitions, marking the nation as the first foreign operator of the type.

April 2021 - U.S. Special Operations Command (SOCOM) has committed to the purchase of the AeroVironment 600 loitering munition through a $26.1 million USD contract.

March 2022 - The United States has confirmed that it will be sending at least 100 Switchblade loitering munitions UAV units to Ukraine for its fight against Russia.

(Showcased performance specifications pertain to the base AeroVironment Switchblade production variant. Compare this aircraft entry against any other in our database or View aircraft by powerplant type)
Modular payload (Northrop Grumman Advanced Munition).


(Not all ordnance types may be represented in the showcase above)
Switchblade - Base Series Designation.
Switchblade MPL - Multi-Pack Launcher incorporates six Switchblade drones with rapid reload functionality; for use on warships, vehicles, and aircraft. 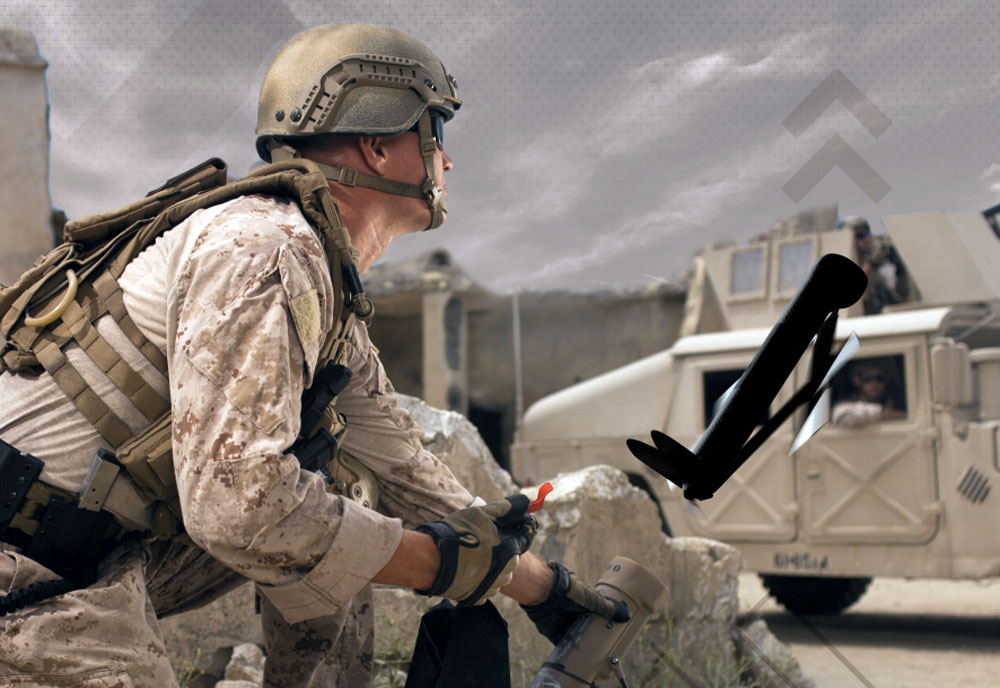