The Lockheed Martin YF-22 set the framework for what became the advanced - and untouchable - F-22A Raptor air superiority fighter of today for the USAF. 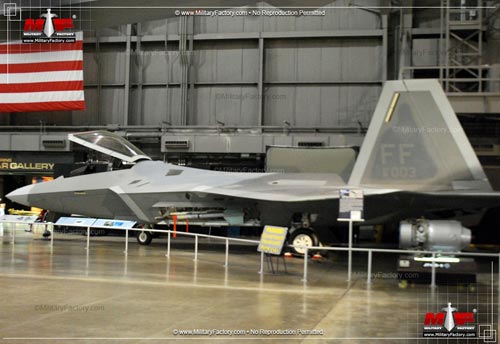 The Lockheed YF-22 was the developmental form of the F-22 "Raptor" 5th Generation air superiority fighter in service with the United States Air Force (USAF) today. The design stood as a highly-advanced technology demonstrator for a team lead by defense powerhouse Lockheed martin but included typical industry competitors in Boeing and General Dynamics as well. The YF-22 competed successfully against the Northrop Grumman team which submitted its impressive YF-23 "Black Widow II" (detailed elsewhere on this site). The YF-22 entered service as the "F-22A" and ushered in the age of the 5th Generation Fighter, designs relying on supercruise technology, stealth qualities, and advanced onboard systems and weapons to overwhelm all known enemy threats.

The USAF called on local industry to develop a new air superiority fighter to counter the rising threat of new-generation Soviet fighters - namely the Sukhoi Su-27 "Flanker" and the Mikoyan MiG-29 "Fulcrum" types emerging in the East. This led the service to establish the Advanced Tactical Fighter (ATF) program during the 1980s to seek such a solution. The program was launched in June of 1981 and its price tag would reach a staggering $86.6 billion USD before the end. Proposals were accepted from the usual American defense players in Boeing, General Dynamics, Lockheed Martin, Northrop, and McDonnell Douglas resulting in two defined teams by 1986, each backing a single design - the Lockheed-led "YF-22" and the Northrop-led "YF-23". The program ended in August of 1991 with the selection of the Lockheed proposal.

Both designs relied on a single-seat layout for its crew with a radar-housing nosecone assembly and heavy use of composite materials. Twin side-by-side turbofan engine arrangements were featured, these aspirated by side-mounted fuselage intakes. The powerplants exhausted through slot-like, vector-thrusting exhaust ports for extreme agility seated between a pair of outward-canted vertical tailfins. Key differences in the designs were the YF-22's diamond-like shaping and sharp edges versus the YF-23's more elegant shaping. The YF-23 had an extended forward fuselage pushing the cockpit further out from the airplane's center mass. It also sported tapering along both the leading and trailing edges of the wing mainplane and lacked traditional horizontal tailplanes - the outward-canted tailfins doubling as both the vertical and horizontal set. Both designs featured internal weapons bays to house current- and next-generation Air-to-Air Missiles (AAMs) and an internal gun was to provide a Close-In fighting solution.

Two flyable prototypes of both the YF-22 and YF-23 were ultimately completed and tested against one another extensively. With an edge given to the dimensionally smaller YF-22, the Lockheed submission was declared the winner of the ATF while the YF-23 fell to history. Becoming the F-22A Raptor of today, the design stands as the most sophisticated, yet-unmatched fighter development anywhere in the skies. Despite a planned procurement initiative of as many as 650 F-22A fighters, just 195 were built including test articles.

The first YF-22 prototype was given over to the Air Force Flight Test Center Museum of Edwards AFB in California and currently (2020) lies on display at the Museum of the United States Air Force in Dayton, Ohio, while the second ended its days as a static testbed for Lockheed following a crash landing at Edwards AFB in April 1992.

In comparison, the production-quality F-22, powered by 2 x F119-PW-100 turbofan engines, can reach speeds of up to Mach 2.25 out to a range of 530 miles (2,000 miles ferry) and up to a ceiling of 65,000 feet. Dimensions vary slightly with a length of 62 feet, a wingspan of 44.5 feet, and a height of 16.7 feet. it saw its combat debut over Syria - in precision bombing sorties of all things - during 2014.©MilitaryFactory.com
Note: The above text is EXCLUSIVE to the site www.MilitaryFactory.com. It is the product of many hours of research and work made possible with the help of contributors, veterans, insiders, and topic specialists. If you happen upon this text anywhere else on the internet or in print, please let us know at MilitaryFactory AT gmail DOT com so that we may take appropriate action against the offender / offending site and continue to protect this original work.
Advertisements 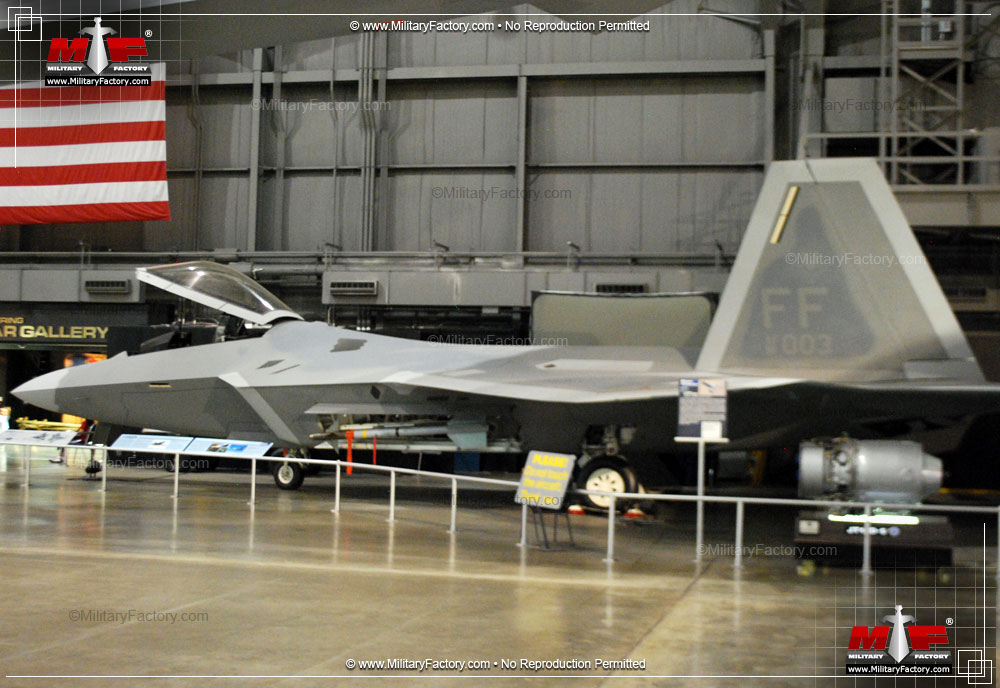 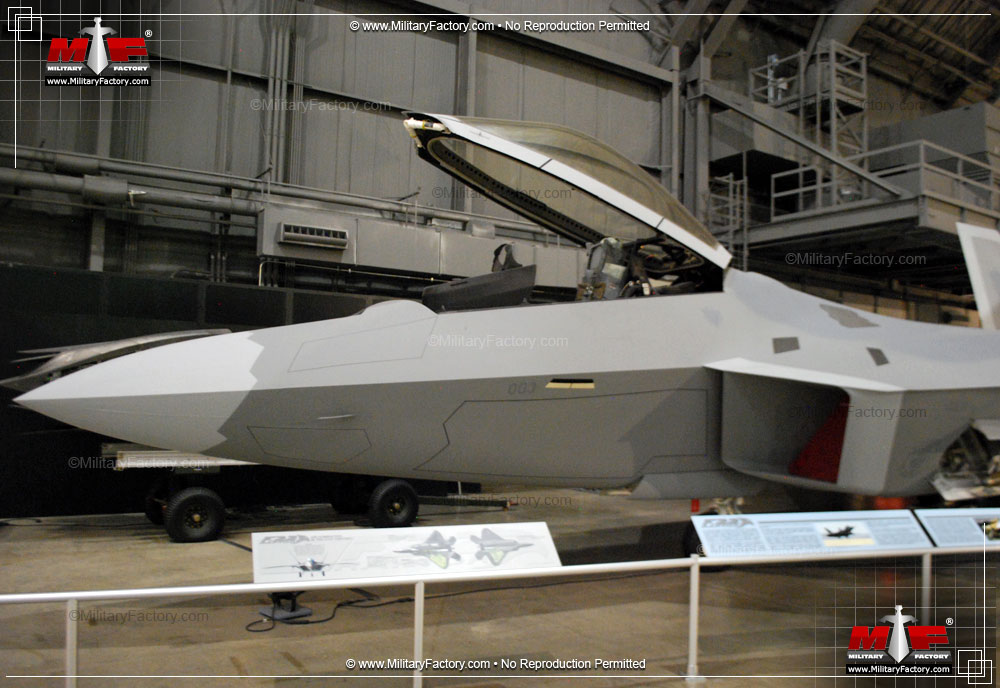 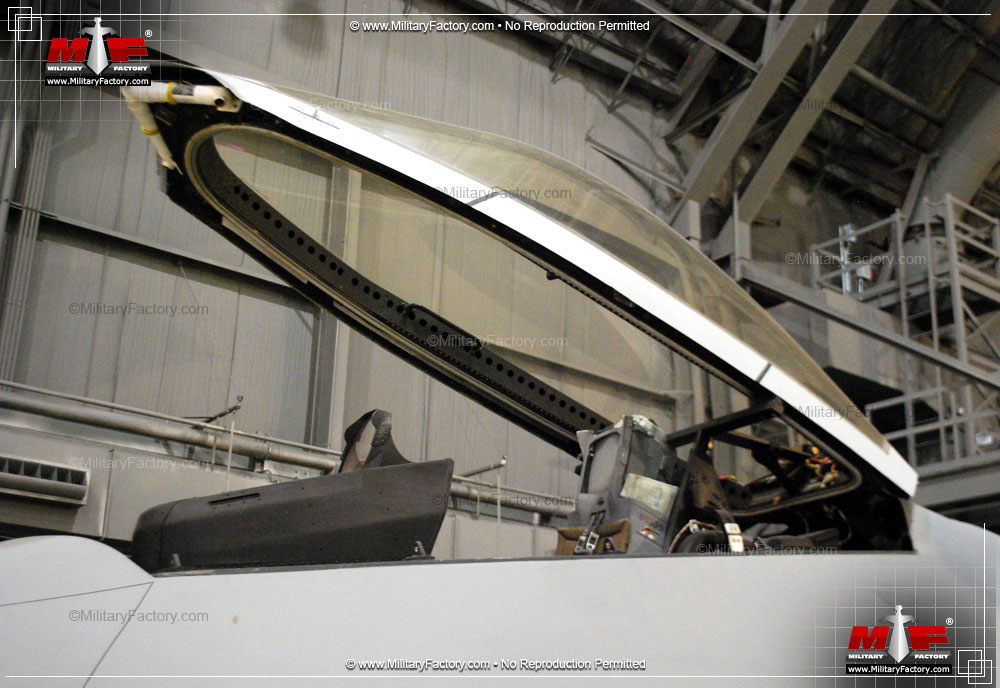 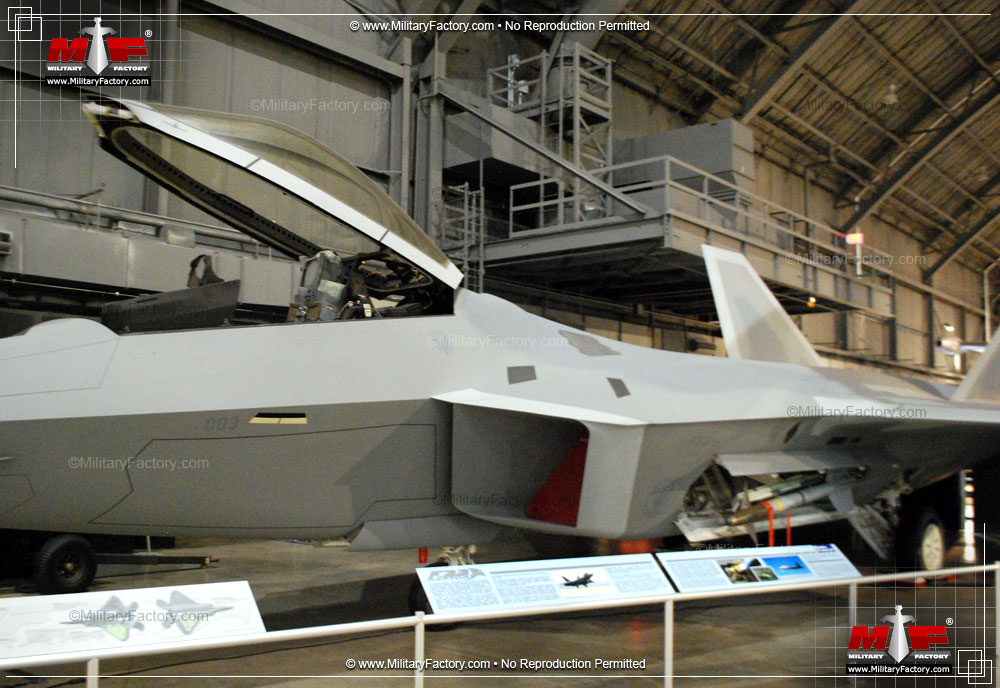 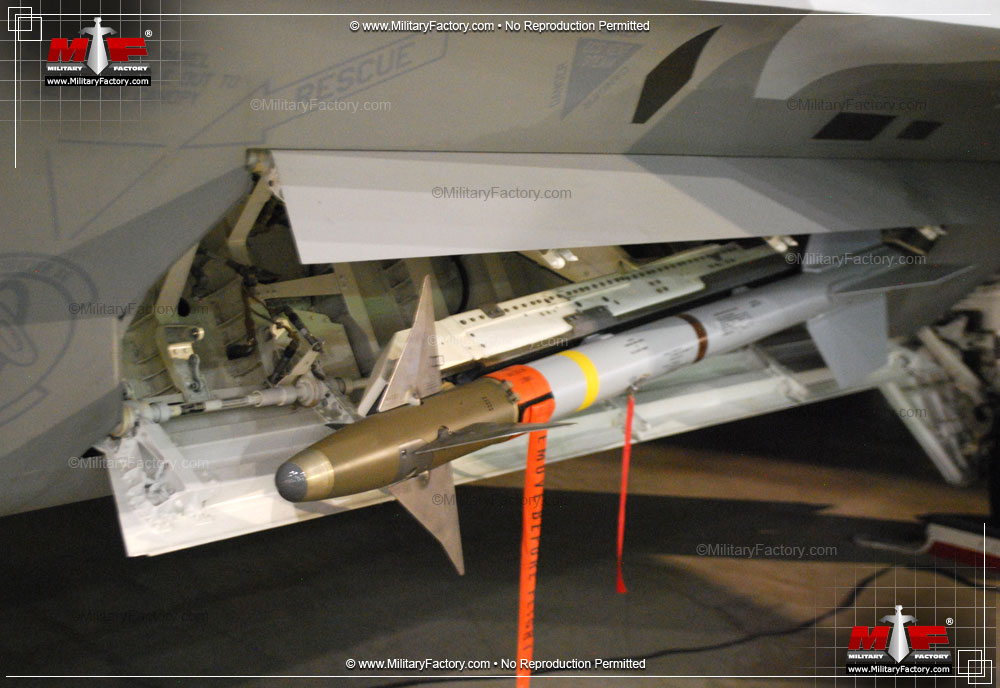 Aviation developments of similar form and function, or related to, the Lockheed Martin YF-22 (Raptor)...