Authored By: Staff Writer | Last Edited: 07/13/2020 | Content ©www.MilitaryFactory.com | The following text is exclusive to this site. 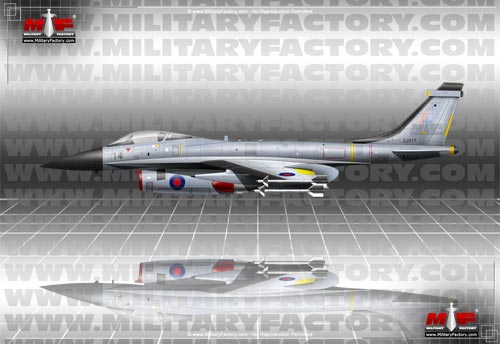 The Pegasus turbofan engine was a development of the British Rolls-Royce company, the system first run in September of 1959 and progressively updated in subsequent years. Developed from the earlier Bristol Siddeley "Orpheus" turbofan, over 1,000 of the type have been manufactured and these formed the powerplant-of-choice for such types as the Hawker Siddeley "Harrier" Short / Vertical Take-Off and Landing (S/VTOL) attack jet, its naval counterpart the BAe "Sea Harrier", and the "Americanized Harrier" - the McDonnell Douglas AV-8B "Harrier II" (the engine being designation stateside as the "F402"). The key design quality of this engine was in its ability to direct thrust, not only aft, but also downward by way of swiveling nozzles used in providing the vertical lift needed.

The prospect of a vertically-lifting, horizontally-flying combat airplane was a tempting one particularly during the height of the Cold War period (1947-1991) where scenarios saw massive formations of Soviet armor crossing into Western Europe with little notice with air support overhead. Forward-operating bases would be established by Western powers to reach the enemy in time and, key to a quick response, there would be fleets of vertically-lifting warplanes armed with missiles, guns, and bombs. The solution of the British Harrier certainly fit this concept well and the design became a success for its part in military aviation history.

In this same vein, Hawker Siddeley drew up plans for a lightweight, supersonic-capable, single-seat / single-engine, missile-armed fighter under the project designation of "HS.1205". The aircraft was intended to operate using a minimal take-off run and was therefore outfitted with the same Pegasus engine that incorporated lift jets to get the fighter into the air in short order. Though not a true V/STOL aircraft as in the Harrier "Jump Jet" of the late-1960s, the lift jets in HS.1205 with its Short Take-Off and Vertical Landing (STOVL) capability would have produced a quick-reaction fighter nonetheless - and even one that could operate from a destroyed / damaged airfield or from one of a considerably small footprint.

Hawker Siddeley engineers undertook the project, itself an evolution of earlier work by the company, in 1976 and this initiative continued on for a few years before the idea was eventually abandoned due to technical challenges. The resulting aircraft had a very modern look to it complete with smooth, sleek lines with an appearance akin to the contemporary American General Dynamics F-16 "Fighting Falcon" with some elements seen in the Harrier itself.
Advertisements

The pilot sat just aft of the pointed nosecone intended to house search-tracking radar for interception of enemy fighters and bombers. The cockpit offered excellent vision thanks to its wide-area, unobstructed canopy. The fuselage was given a squat, rounded shape with elegantly tapered to the rear. The tail unit encompassed a single vertical fin with low-mounted horizontal planes. The mainplanes were fitted near midships and mid-mounted along the sides of the fuselage. Each member had sweptback leading edges and near-straight trailing edges not unlike the F-16. Also as in the F-16, there would be wingtip mountings for Short-Range Air-to-Air Missiles (SRAAMs) with an additional missile / drop bomb hardpoint to be featured under each wing as well. Internal cannon armament (2 x 27mm types) would be housed in wing pods to keep the fuselage as clean of components as possible. Finally, ground-running would be through a conventional tricycle arrangement with the nose leg found under the intake and the main legs set as part of the wing gun pods under each wing. Airbrakes were cut into each aft side of the fuselage.

The slimness of the empennage was designed so as to allow the underslung engine installation to exhaust properly aft when in horizontal flight. The engine was fitted to a ventral structural extension that encompassed the intake at front and the positional liftjets along the sides. From a maintenance standpoint, this placement of the system gave excellent access by ground crew to the engine, as well as its lift jets, and airflow needed to aspirate the air-breathing engine was extremely simple with a direct "front-to-rear" approach not requiring customary elbows / turns / curves. Additional air would be pulled through side intake doors when vertical flight was needed.

Structurally, the HS.1205-5 model proposed was estimated to have a running length of 54 feet with a wingspan of 36.9 feet. Weight reached 30,500lb and maximum speeds were proposed near 1,115 miles-per-hour (roughly Mach 1.45). Service ceiling was to reach beyond 35,000 feet. The fighter's take-off run was under 275 feet and compared well against modern lightweights which managed between 1,000 feet and 5,000 feet depending on design.

Despite the unique and promising nature of the HS.1205, the design went no further than drawings for there proved technical and aerodynamic challenges related to the perfect placement and operation of the positional lift jets in the lightweight design. Nevertheless, work that was dedicated to designs like the HS.1205 ultimately helped pave the way for more versatile combat warplanes that eventually evolved into types like the all-modern Lockheed Martin F-35 "Lightning II" VTOL form (detailed elsewhere on this site).
Advertisements

(Showcased performance specifications pertain to the Hawker Siddeley HS.1205-5 production variant. Compare this aircraft entry against any other in our database or View aircraft by powerplant type)
STANDARD (fixed, forward-firing):
2 x 27mm internal automatic cannons in underwing gun pods (one gun to each wing mainplane member). 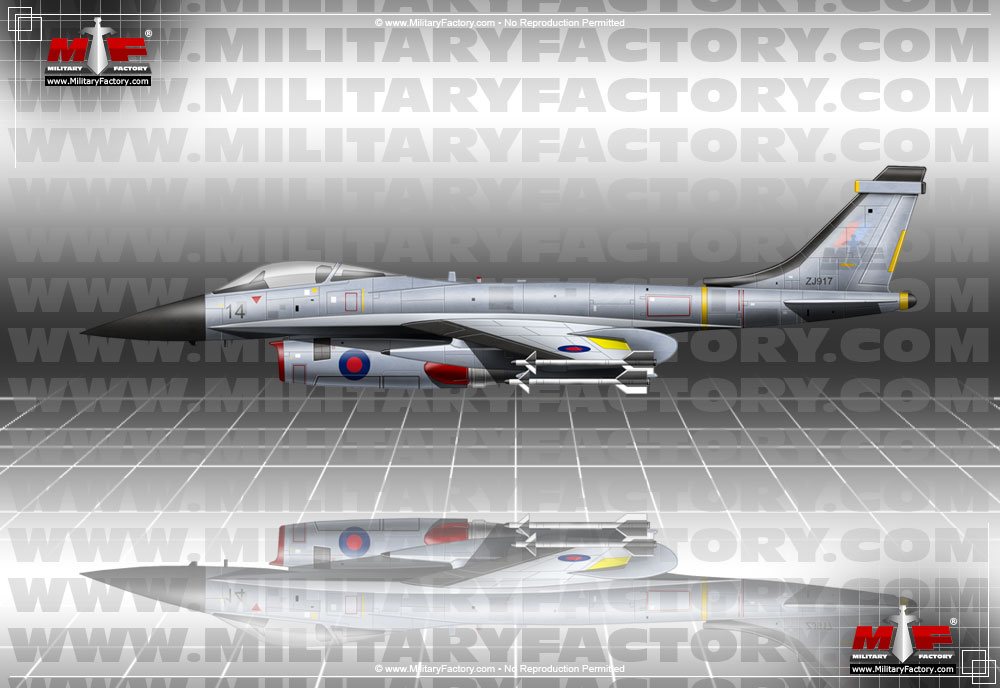