The quest for the IJA of World War 2 to obtain a capable four-engine strategic bomber led to the ultimately-abandoned Kawanishi TB.

Authored By: Staff Writer | Last Edited: 06/02/2020 | Content ©www.MilitaryFactory.com | The following text is exclusive to this site. 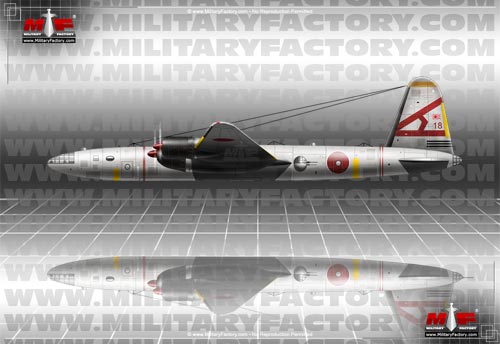 In Japan's road to finding a viable, four-engined long-range bomber, the country attempted to develop various solutions in an effort to stock its Imperial Japanese Army (IJA) and Imperial Japanese Navy (IJN) services. There were several notable entries into the field that included the Nakajima G5N, the Nakajima G8N (both detailed elsewhere on this site), and, ultimately, the "Kawanishi TB". While the United States enjoyed success through their Boeing B-17 "Flying Fortress" and Consolidated B-24 "Liberator" designs, the IJA and IJN - despite their many attempts, ultimately lacked such proven performers even into the last fighting days of the war in 1945.

The Kawanishi TB entry fell under the all-encompassing banner of "Project Z", a program arranged to find a four-engined "heavy" for the IJA and IJN, giving the services a strategic bombing capability that would be required to beat the United States into submission (or, at the very least, disrupt American logistics to the Asia-Pacific Theater). This meant reaching the West Coast of the United States with regularity and this, in turn, required the facilities of a four-engined design to meet the range. While Japanese airbases were to be set up across the Pacific, range would also be a concern for any aircraft design attempting to attack the American mainland and return home to fight again.

The six-engined Nakajima G10N "Fugaku" was also drawn up under the Project Z label and its primary competitor was offered by Kawanishi as the four-engined "TB" (TB = "Toyo Bakugeki" / "Overseas Bombing") or "KX-9". The focus of the G10N, primarily championed by the IJN, was in defensive armament at high-altitude for self-preservation. Conversely, the TB fell more in line with IJA requirements, a bombing platform capable of very-high-altitude operation with a reduced war load to keep operating weights in check.

Unlike the proposed G10N, the resulting Kawanishi TB incorporated a simplified four engine arrangement in its design, these set in a pair of nacelles at each wing leading edge. The mainplanes were of considerable span and slight cranked upwards (dihedral) with the engines carried in the stronger inboard sections to maintain proper balance. The slim, well-streamlined fuselage was tubular in its general shape with a semi-glazed nose section and tapering aft-section. Around the fuselage would be installed various defensive guns for self-protection from interceptors while the bomb bay would be featured at the center of the tube form. The mainplanes were positioned just ahead of midships. The tail unit was to feature a single, rounded vertical plane with low-set horizontal planes. Ground-running would be accomplished through a traditional tail-dragger undercarriage with main legs under the inboard engine nacelles and a tailwheel to bring up the rear. The operating crew numbered six and included two pilots, a radioman, a bombardier, and gunners.©MilitaryFactory.com
Advertisements

Finalized dimensions of the bomber included a running length of 91.8 feet, a wingspan of 106.2 feet, and a height of 2.29 feet. Empty weight was estimated at 57,600lb against an MTOW of 156,000lb when fully loaded to the extreme. Because of its extreme operating weights, coupled with the slim design of both wings and engine nacelles, Kawanishi engineers drew up plans to have the main landing gear legs jettison a pair of its wheels after take-off. The lighter aircraft (taking into account dropped ordnance and mission fuel burn) on the return trip would make do with its remaining wheel sets.

Power would stem from 4 x Nakajima Ha-45 "Homare" 18-cylinder, supercharged (three stage), air-cooled radial piston engines developing 2,100 horsepower each and driving four-bladed propeller units (constant speed). Estimated performance specs included a maximum speed of 375 miles-per-hour, a range out to 15,880 miles (requiring food and water stores as well as sleeping quarters for the crew), and a service ceiling up to 41,665 feet (requiring fuselage pressurization). Another consideration was the Nakajima Ha-43 series radial of 2,000 horsepower output. Fuel would be carried in both wings and in stores about the fuselage proper.

Planned armament consisted of 1 x 13mm Navy Type 2 Heavy Machine Gun (HMG) in remote-controlled turrets at both the port side and starboard sides (waist / beam positions) and similar armament was to be fitted at the tail (rear-facing emplacement). This modest armament was acceptable as the bomber was expected to out-fly any potential emerging threat rather than defend against it. Internally, the aircraft was rated to carry up to 12,000lb of conventional drop bombs - limited largely by the slim-line approach of its fuselage and other onboard requirements related to range and crew sustainment. Provision for external hardpoints were also planned to help enhance drop-ordnance options.

Design work on the TB wrapped in mid-January of 1944 under the guise that it was being developed as a cargo / transport airplane. Later that month, the competing Nakajima G10N Fugaku heavy bomber proposal was accepted by representatives of both services ahead of the Kawanishi TB - which led to an immediate end of the TB program.©MilitaryFactory.com
Note: The above text is EXCLUSIVE to the site www.MilitaryFactory.com. It is the product of many hours of research and work made possible with the help of contributors, veterans, insiders, and topic specialists. If you happen upon this text anywhere else on the internet or in print, please let us know at MilitaryFactory AT gmail DOT com so that we may take appropriate action against the offender / offending site and continue to protect this original work.
Advertisements

Up to 12,000lb of conventional drop bombs held in an internal bomb bay. Provision to be added for external war loads as well. 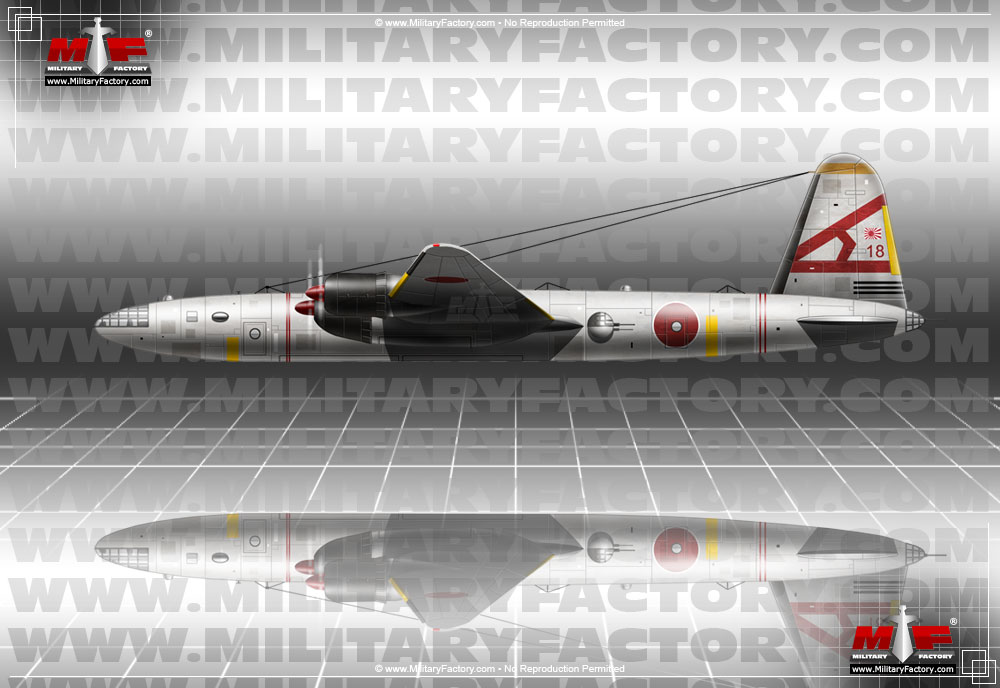