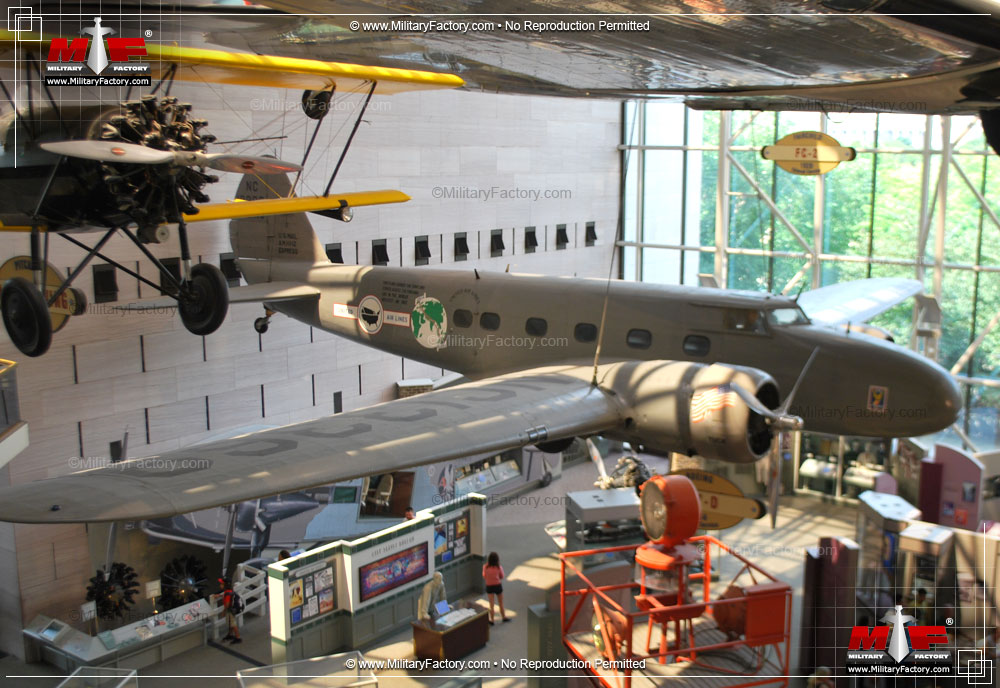 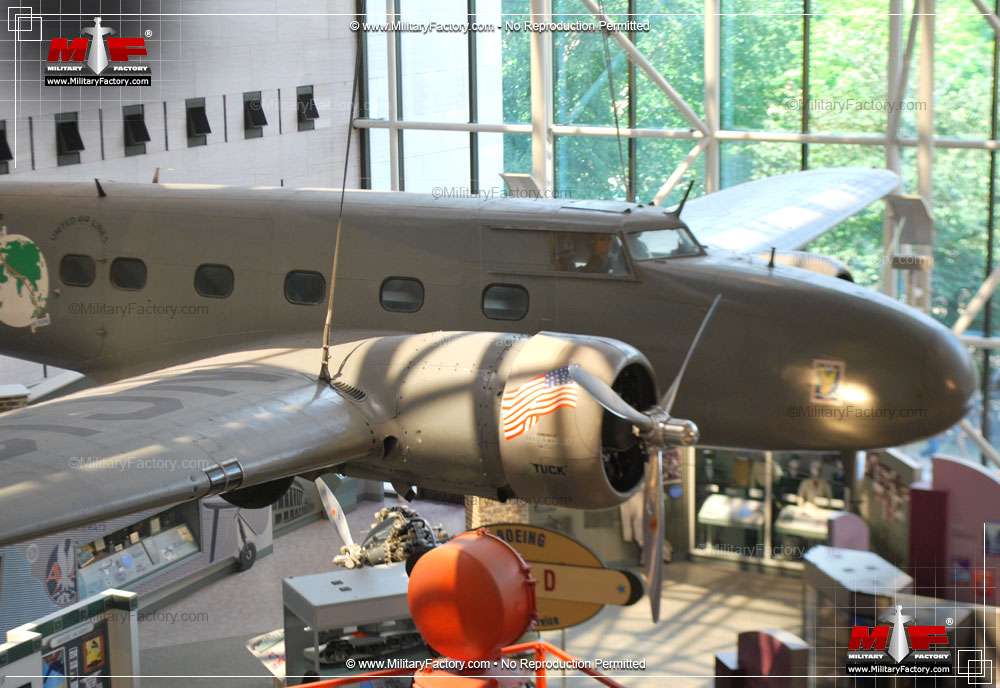 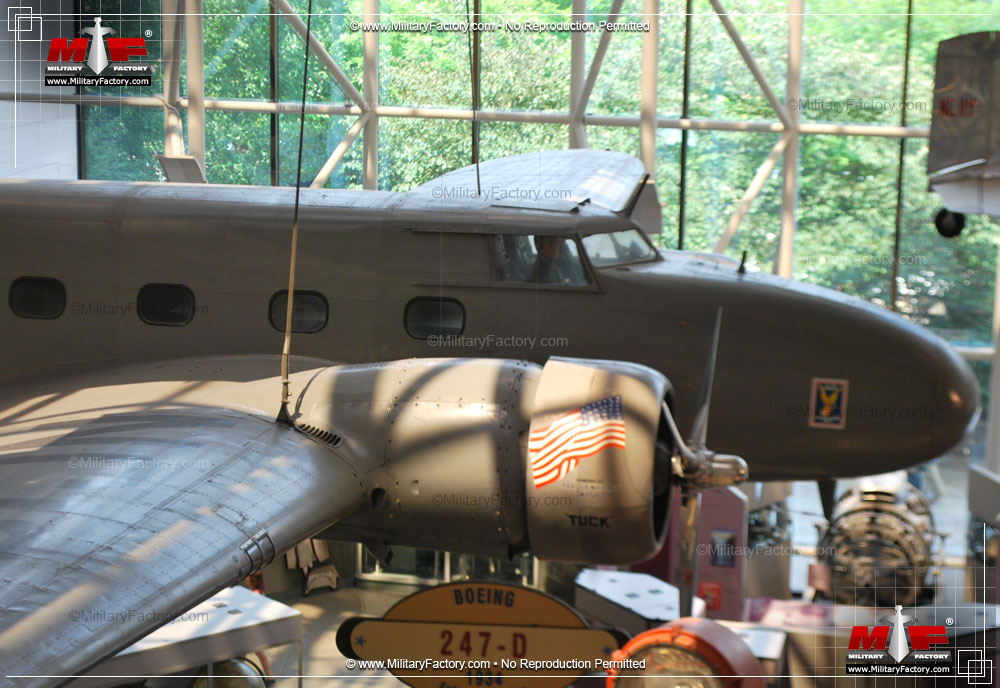 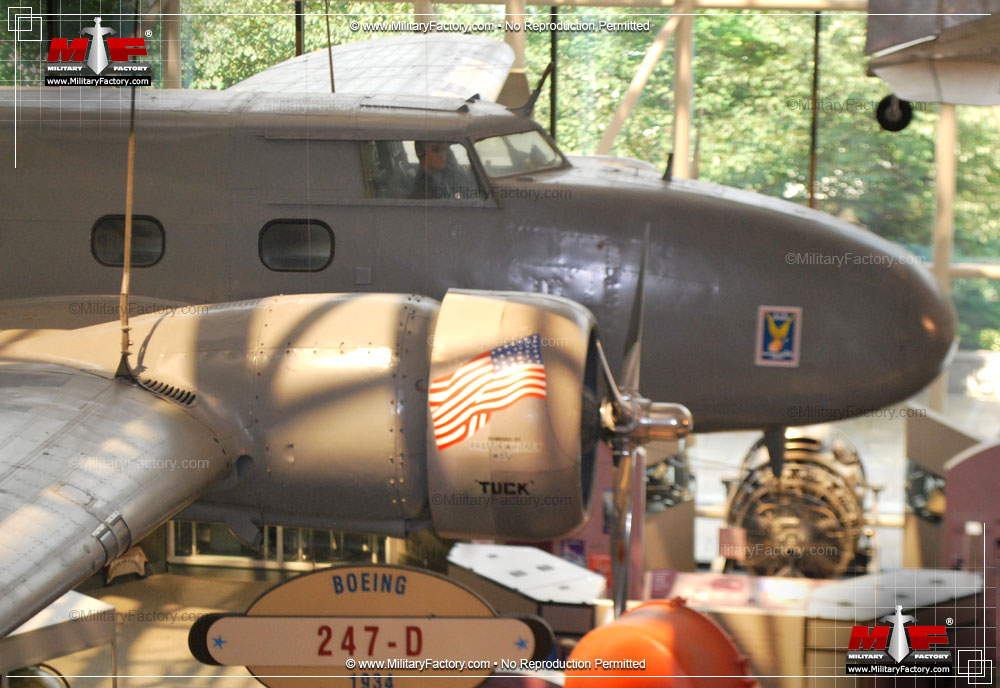 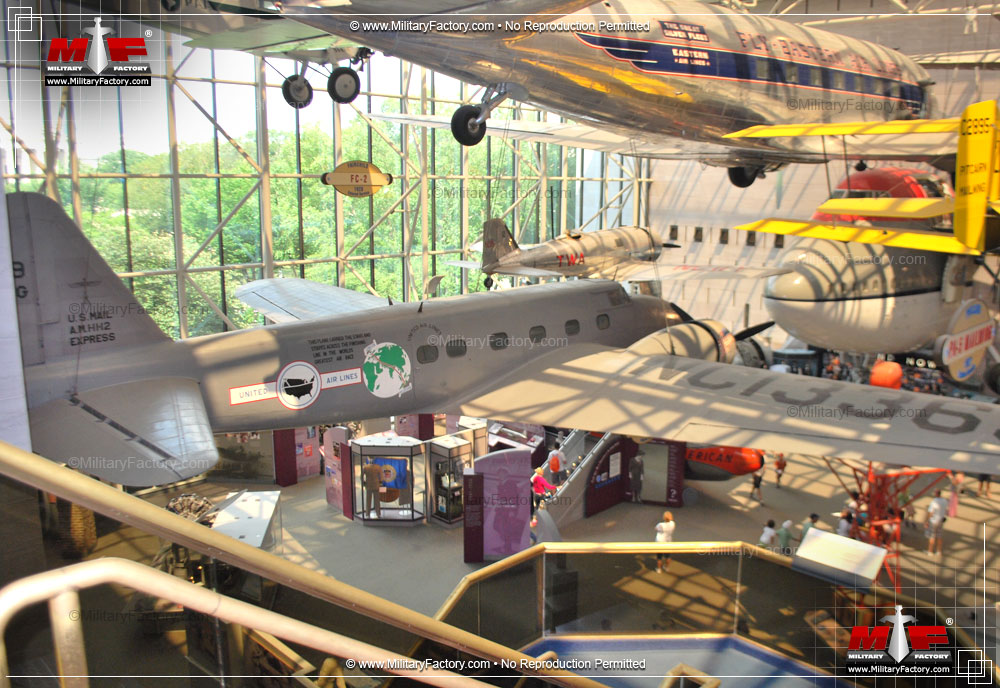 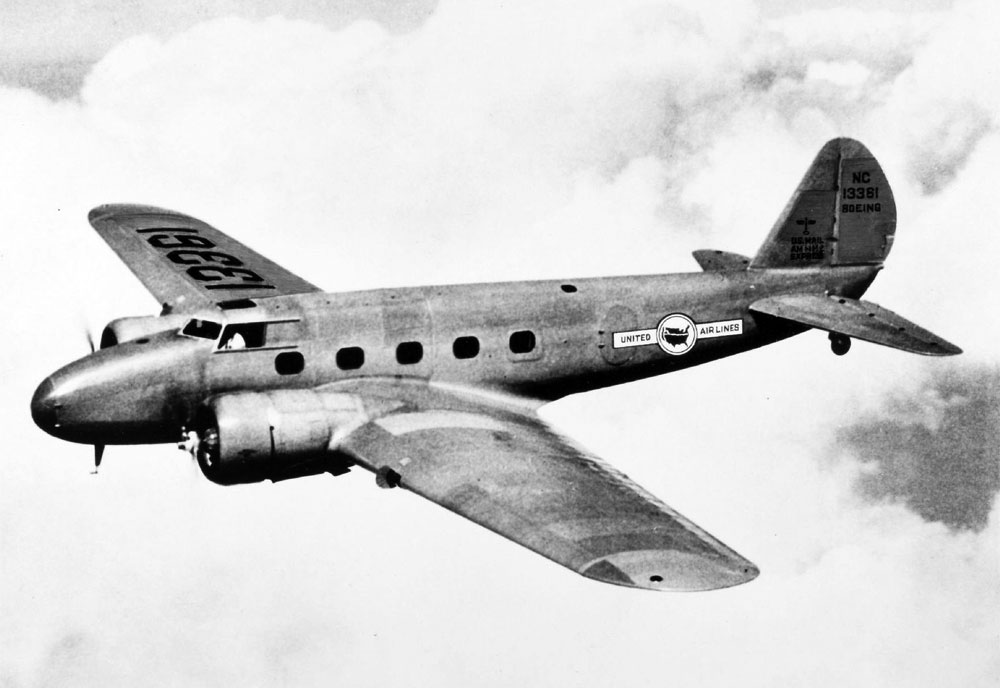 Though fewer than 100 Boeing Model 247 aircraft were manufactured, these helped to push civilian air travel in the pre-World War 2 period.

Authored By: Staff Writer | Last Edited: 10/02/2020 | Content ©www.MilitaryFactory.com | The following text is exclusive to this site.
With the explosion of civilian air travel in the 1930s, companies raced to develop airliner types to feed the demand. For Boeing, this went on to include the Model 247, an all-metal twin-engine product whcih saw a first-flight on February 8th, 1933 and service entry in May of that year. While fewer than 100 were eventually built (75), the type was notable for having surface trim tabs, de-icing boots, a retractable undercarriage, metal skinning, and autopilot mechanism. Additionally it was the first twin-engine passenger hauler to be able to operate on a single engine - all this serving to put the Model 247 wlel ahead of the pack.

Beyond the United States of America, other civilian operators were Canada, the Republic of China (single example, private ownership), Colombia, and Germany. Military operators of the period became the Royal Canadian Air Force (RCAF) and Britain's Royal Air Force (RAF).

United States
(OPERATORS list includes past, present, and future operators when applicable)
✓ Ground Attack (Bombing, Strafing)
Ability to conduct aerial bombing of ground targets by way of (but not limited to) guns, bombs, missiles, rockets, and the like. ✓ Close-Air Support (CAS)
Developed to operate in close proximity to active ground elements by way of a broad array of air-to-ground ordnance and munitions options. ✓ Transport
General transport functionality to move supplies/cargo or personnel (including wounded and VIP) over range. ✓ Commercial Aviation
Used in roles serving the commercial aviation market, ferrying both passengers and goods over range. ✓ VIP Service
Used in the Very-Important-Person (VIP) passenger transport role, typically with above-average amenities and luxuries as standard. ✓ X-Plane (Developmental, Prototype, Technology Demonstrator)
Aircraft developed for the role of prototyping, technology demonstration, or research / data collection.

(Showcased performance specifications pertain to the Boeing Model 247D production variant. Compare this aircraft entry against any other in our database. View aircraft by powerplant type)
None.