The Vultee P-1015 project interceptor was born from the same USAAC requirement that saw the Lockheed P-38 Lightning materialize.

Authored By: Staff Writer | Last Edited: 05/11/2020 | Content ©www.MilitaryFactory.com | The following text is exclusive to this site. 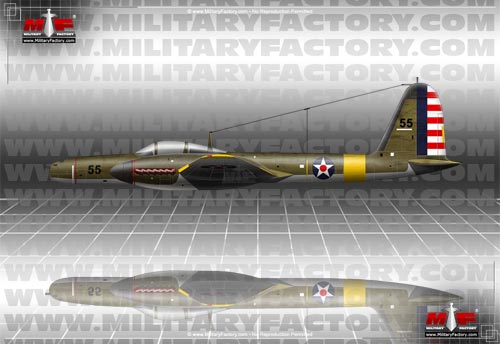 The same United States Army Air Corps (USAAC) requirement (X-608) that ultimately produced the classic, war-winning Lockheed P-38 "Lightning" single-seat, twin-engine heavy fighter also produced several lesser-known submissions from competitors of the period. This included a twin-engine submission from Vultee Aircraft Company which marketed its P-1015 project fighter against the requirement. While not selected, the aircraft nonetheless deserves attention as it sheds a little light on the thinking of the pre-World War 2 period.

Requirement X-608 appeared in February of 1937 and included submissions from a few select players including Curtiss, Lockheed, and Vultee. The requirement called for a new, all-modern single-seat high-altitude interceptor type operating on two engines. The powerplant of choice was 2 x Allison V-1710 liquid-cooled inline piston engines (with accompanying turbo-superchargers for enhanced high-altitude performance) helping to deliver a maximum speed of 360 miles-per-hour (at altitude) and a rate-of-climb of 3,333 feet-per-minute. A tricycle undercarriage was sought but not required.

The Vultee P-1015 utilized a conventional twin-engine arrangement in which each inline engine would be seated at each wing mainplane member. The nacelles would run completely through the member and extend out from the leading edge while meeting the trailing edge. The mainplanes were rounded at their tips and tapered along both edges while being mounted low and ahead of midships. The fuselage was purposefully drawn up as very slim, allowing just enough space to carry essentials including fuel stores and avionics. The cockpit was positioned well aft of a nosecone assembly which was designed to house the primary armament. The cockpit was to have a largely unobstructed canopy for excellent viewing and be positions ahead of midships. The tail unit was traditional, featuring a single vertical fin and a pair of low-set horizontal planes. The undercarriage was proposed as a "tail dragger" type with the main legs retracting inwards toward fuselage centerline at the wing roots (and not in each engine nacelle as was typical) while the tailwheel was situated under the tail in the usual way.

Structurally, the interceptor was given a running length of 40.10 feet and a wingspan of 54 feet.

Each Allison inline piston engine would drive a three bladed propeller unit in tractor fashion. The two installations would rotate in such a way as to cancel out the naturally occurring effects of torque encountered when using just a single engine. As such, the aircraft could be expected to showcase natural stability and the pilot's forward vision would remain unobstructed.

The proposed armament suite was in line with what the eventual competition winner fielded - 4 x 0.50 caliber Browning air-cooled Heavy Machine Guns (HMGs) coupled with a single 20mm automatic cannon, all to be housed in the nose assembly. This allowed for ease-of-maintenance / resupply as well as kept the weapons outside of the propeller arcs so no interrupter gear would be needed.

While this Vultee project aircraft was not awarded the USAAC contract, the design did undergo some wind tunnel testing before it met its end. These provided some promising figures for an interceptor that was never to be.

NOTE: Performance specifications found on this page are estimates on the part of the author.©MilitaryFactory.com
Note: The above text is EXCLUSIVE to the site www.MilitaryFactory.com. It is the product of many hours of research and work made possible with the help of contributors, veterans, insiders, and topic specialists. If you happen upon this text anywhere else on the internet or in print, please let us know at MilitaryFactory AT gmail DOT com so that we may take appropriate action against the offender / offending site and continue to protect this original work.
Advertisements

(Showcased performance specifications pertain to the base Vultee P-1015 production variant. Performance specifications showcased above are subject to environmental factors as well as aircraft configuration. Estimates are made when Real Data not available. Compare this aircraft entry against any other in our database or View aircraft by powerplant type)
PROPOSED:
1 x 20mm (Hispano M29(C)) automatic cannon in the nose (150 rounds estimated).
4 x 0.50 caliber Browning air-cooled Heavy Machine Guns (HMGs) in the nose (500 rounds-per-gun estimated). 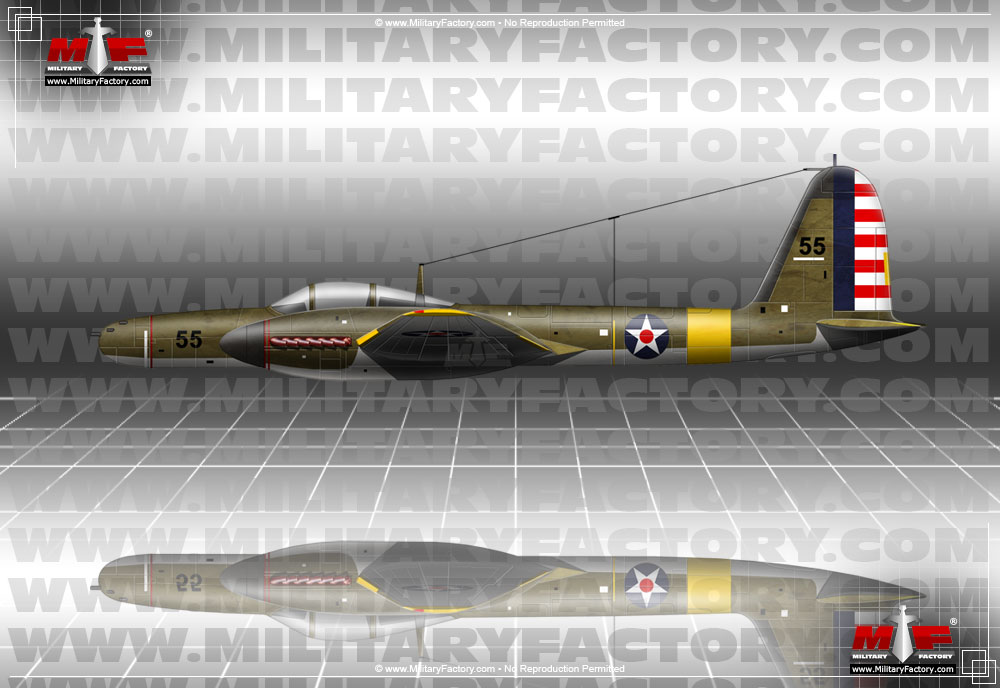