The Boeing Model 398 was another company attempt to build for the USN a capable carrier-based fighter around the Wasp Major radial engine.

Authored By: Staff Writer | Last Edited: 07/30/2021 | Content ©www.MilitaryFactory.com | The following text is exclusive to this site. 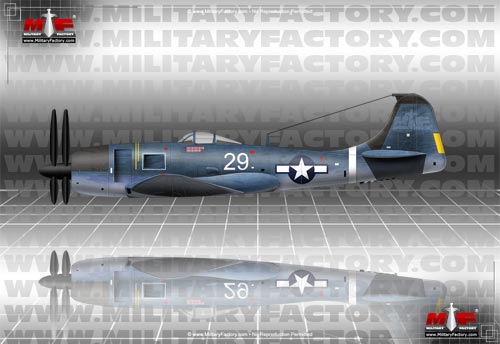 During World War 2 (1939-1945) Boeing pushed a series of design studies centered on a single-seat, single-engine carrierborne fighter intended for the United States Navy (USN). While the service eventually settled on the Grumman "Hellcat" and Vought "Corsair" types to help win the war, the depth of Boeing's work in the field is still notable beginning with the Model 376 and running through the Model 386, 387, and - finally - the Model 398. The consistent quality between the lot was the use of the Pratt & Whitney R-4360 "Wasp Major" air-cooled radial piston engine expected to output 3,000 horsepower, an experimental powerplant that saw only limited production and equally-limited application.

The Model 398 was a further evolution of the earlier Model 386, a monoplane-formed, single-seat, single-engine design with a traditional tail unit, low-mounted wingplane members, and 2 x Three-bladed propeller blade units arranged for contra-rotating operation. Developed for the mid-to-high-altitude flying envelope, the design went nowhere and eventually fell to naught.

The subsequent Model 398 continued much of the form and function of the Model 386, complete with its six-bladed arrangement at the nose, but was further revised to double as a carrierborne fighter-bomber through planned implementation of an internal bomb bay taking the place of one of the original internal fuel stores. In this housing, a single 2,000lb conventional drop bomb could be carried, transforming the fighter to an attacker with little effort. Beyond this, the aircraft would still be armed - though not with automatic cannons as in previous iterations - through an arrangement of 6 x 0.50 caliber air-cooled heavy machine guns in the wings. The guns would be positioned just outside of the propeller's arc but outboard of the wing-folding device.

As with other carrierborne aircraft of the period, the fighter could be completed with a wing-folding feature in which the wings twisted and rested against the sides of the fuselage. Beyond this, a reinforced undercarriage and a tail hook would have completed the "navalization" of the Boeing fighter.

Another change of note in the Model 398 appears to be the deletion of the hinged "automobile-style" entry-exit door for the cockpit. In its place was to be a more conventional tear-drop-style sliding canopy.

As drawn up, the aircraft was given a running length of 43.8 feet and a wingspan of 54 feet. Gross weight was to reach 14,000lb. With its powerful Wasp Major radial in place, the sleek aircraft was expected to exceed speeds of 456 miles-per-hour under War Emergency Power (WEP) and in ideal conditions (sea level altitude). Its service ceiling was rated at over 40,000 feet with an operating range of 1,130 miles. Rate-of-climb would have settled at an impressive 5,150 feet-per-minute under full power.

In the fighter-bomber role, specifications would have been slightly reduced as weight increased and operational range was reduced.

At any rate, this advanced fighter concept joined the other Boeing USN fighter design study submissions of the period and ultimately fell by the wayside.©MilitaryFactory.com
Note: The above text is EXCLUSIVE to the site www.MilitaryFactory.com. It is the product of many hours of research and work made possible with the help of contributors, veterans, insiders, and topic specialists. If you happen upon this text anywhere else on the internet or in print, please let us know at MilitaryFactory AT gmail DOT com so that we may take appropriate action against the offender / offending site and continue to protect this original work.
Advertisements

(Showcased performance specifications pertain to the base Boeing Model 398 production variant. Performance specifications showcased above are subject to environmental factors as well as aircraft configuration. Estimates are made when Real Data not available. Compare this aircraft entry against any other in our database or View aircraft by powerplant type)
PROPOSED:
6 x 0.50 caliber Browning M2 air-cooled Heavy Machine Guns (HMGs) in wings (three guns to a wing). 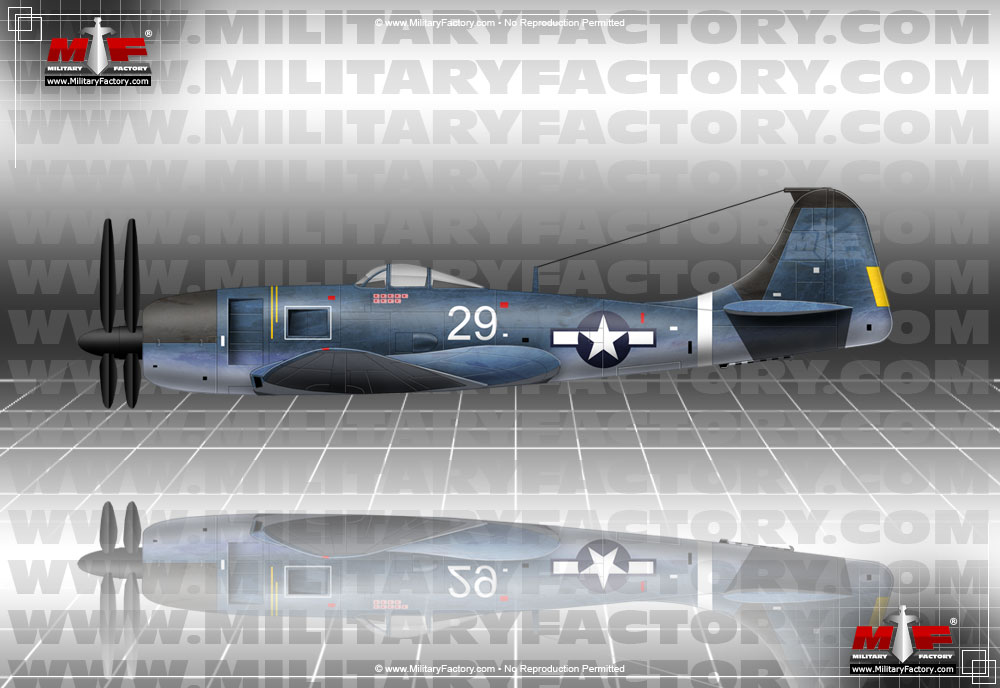