Just a single example of the proposed North American NA-40 attack platform was built and tested against a USAAC requirement.

Authored By: Staff Writer | Last Edited: 05/01/2020 | Content ©www.MilitaryFactory.com | The following text is exclusive to this site. 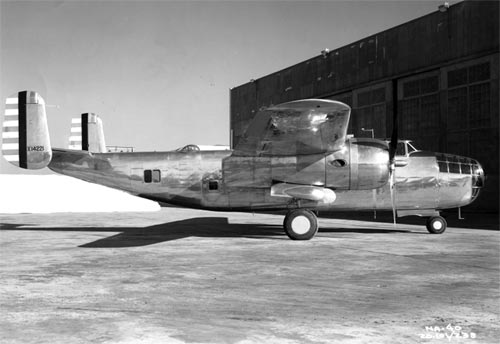 Even before the classic North American B-25 "Mitchell" twin-engine medium bomber of World War 2 fame could be realized, the North American Aviation concern had to progress through a series of twin-engine designs, all intended to satisfy existing United States Army Air Corps (USAAC) requirements for a twin-engine attacker. The "attack" aircraft was born from the need to provide ground elements with on-spot firepower where a fighter simply could not and a traditional bomber was overkill. As all ground and at-sea warfare eventually evolved to require such a dedicated type, global military powers around the world scoured for capable over-battlefield designs. The United States during the World War 2 period held a considerable interest in twin-engine attack/bomber types - as embodied by the likes of the B-25, Douglas A-26 "Invader", and Martin B-26 "Marauder" - and design work ramped up as the war got underway.

The new requirement was born in the pre-World War 2 years during 1937 and evolved some by 1938 leading North American Aviation to champion their new "NA-40" prototype (following on its work on the sole, abandoned XB-21 "Dragon" prototype of 1936). The aircraft showcased a deep fuselage with a well-glazed-over nose section, stepped flight deck, and short/upwards-tapering empennage. The tail section held two rudder fins outboard, joined to the fuselage horizontal planes. The wing mainplane members were straight in their general design form and each were given underslung engine nacelles used to drive three-bladed propeller units in tractor fashion. A wheeled, retractable undercarriage was utilized for ground running - though the legs were somewhat short and, together with its shortened tail section, gave the aircraft something of a rather portly appearance when on the ground.

In its initial prototype form, NA-40 was powered by twin Pratt & Whitney R-1830-56C3G air-cooled radial piston engines of 1,100 horsepower each. Dimensions included a length of 48.2 feet with a wingspan of 66 feet. Internally, the aircraft operated through a crew of five and carried a war load of up to 2,100 pounds. Defensive gun positions were planned at the nose and at dorsal / ventral positions. First-flown on January 29th, 1939, this version did not impress (a maximum speed of just 265mph was reached during testing) and was therefore redrawn to become the NA-40B (also known as "NA-40-2").

NA-40B switched to a pair of Wright R-2600-A71-3 "Twin Cyclone" 14-cylinder, air-cooled radials of 1,275 horsepower (each) instead and also incorporated slight revisions throughout to address both instability and power/performance lacking in the first attempt. Maximum speed was increased to 309 miles-per-hour while all other traits of the aircraft remained largely faithful to the original.

However, the sole prototype of the program was eventually lost to a crash on April 11th, 1939 before the project gained enough steam. It was not recovered and the NA-40 was subsequently ended. Nevertheless, North American's commitment to the NA-40 prototype lead to its excellent B-25 "Mitchell" of the World War 2 period (detailed elsewhere on this site).
Advertisements

United States (cancelled)
(OPERATORS list includes past, present, and future operators when applicable)
✓ Ground Attack (Bombing, Strafing)
Ability to conduct aerial bombing of ground targets by way of (but not limited to) guns, bombs, missiles, rockets, and the like. ✓ Close-Air Support (CAS)
Developed to operate in close proximity to active ground elements by way of a broad array of air-to-ground ordnance and munitions options. ✓ X-Plane (Developmental, Prototype, Technology Demonstrator)
Aircraft developed for the role of prototyping, technology demonstration, or research / data collection.

Up to 2,100lb of conventional drop bombs / drop ordnance. 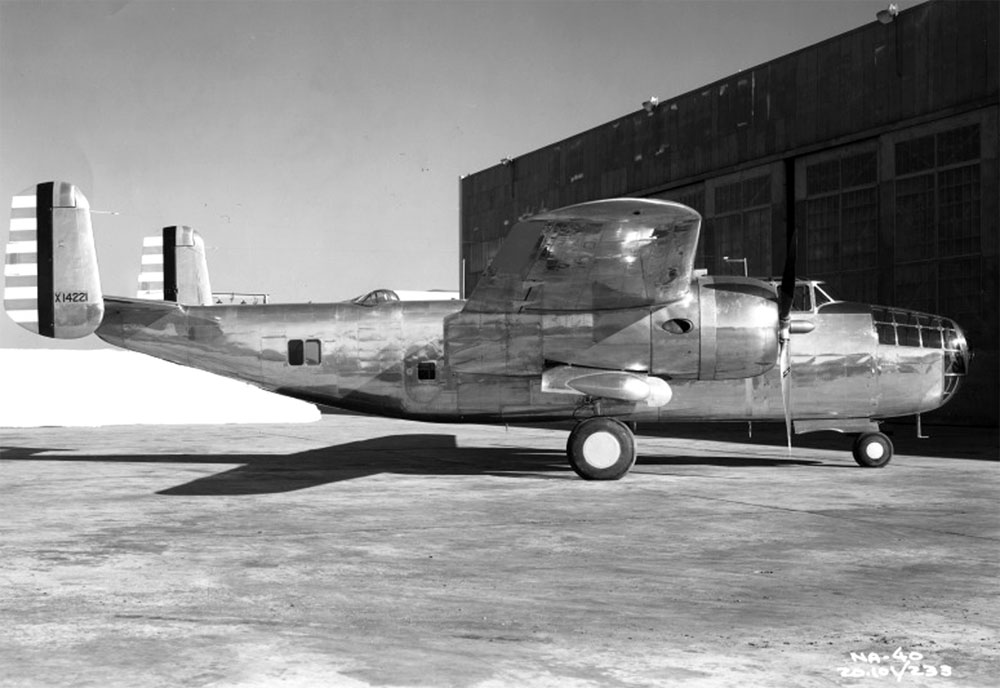