The L-137 was proposed by Lockheed prior to the American involvement in World War 2 - it was not selected for further work by the USAAC.

Authored By: Staff Writer | Last Edited: 05/02/2020 | Content ©www.MilitaryFactory.com | The following text is exclusive to this site. 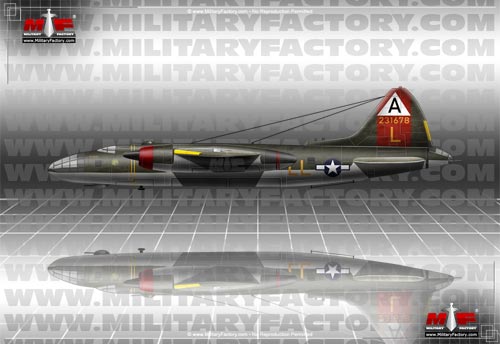 By the time of World War 2 (1939-1945), it was clear to warplanners of the major military powers the need for strategic-level long-range bombing, aircraft that could range out over vast distances and drop considerable war loads on enemy facilities and infrastructure. In the United States, these missions were eventually carried out by the likes of the Boeing B-17 "Flying Fortress" and Consolidated B-24 "Liberator" to be joined, in time, by the Boeing B-29 "Superfortress" that helped to end the conflict in the Pacific and the war in full during 1945. However, the road to aerial dominance was not an easy one, as attested to by the many aircraft designs that appeared during the period, and a majority of proposals were destined to fall by the wayside despite their seemingly promising nature on paper. One such example became the proposed "L-137" by Lockheed.

Founded in 1926 during the Interwar period, the Lockheed concern managed to survive the Great Depression period to continue making a name for itself in the field of aviation. Its Model 14 ("Hudson") went on to find success in sales to both the American and British governments and the company struck gold with its P-38 "Lightning" single-seat, twin-engine / twin-boom heavy fighter during the wartime years.

The L-137 represented a move by the company to secure a contract against what was to become a much larger aircraft than the P-38 fighter ever was. Plans were drawn up by company engineers to satisfy a standing United States Army Air Corps (USAAC) requirement of the 1930s calling for a new strategic-level, long-range heavy bomber to feature multiple crew positions and multiple engines as well as a sizeable war load. Performance for such a type would be key particularly as America's enemies would most likely lay far away from home. The usual players threw their hats into the ring including Boeing, Consolidated, Douglas, Curtiss, Martin, and - of course - Lockheed against the requirement. Even Northrop proposed a series of heavy bomber designs centered on its focus of "flying wings".

The L-137 proposal evolved through several iterations of which one - "Model 8" - was notable for its showcasing of a wholly sleek, streamlined form. It was of largely conventional arrangement with the flight deck set over and aft of a glazed nose section and the wing mainplane members were positioned just slightly ahead of midships and mounted at the shoulder. The tail utilized a single, large-area, and rounded vertical plane with low-mounted horizontal planes for the needed control. Of twin engine design, this bomber proposal fitted the powerplants in streamlined housings under each wing mainplane member, the installations beginning noticeably ahead of the wing leading edge and terminating some distance beyond the trailing edge. A tricycle undercarriage, wholly retractable, was to be used for ground-running incorporating a nose leg and twin main legs. The main legs were mounted under the engine housings.

As drawn up, the aircraft was given a running length of 87 feet with a wing span of 122.5 feet. Take-off weight was expected to reach 75,000lb. For the power, the aircraft would rely on 2 x Pratt & Whitney R-4360 "Wasp Major" air-cooled radial piston engines developing between 2,650 and 3,500 horsepower depending on variant available if and when the bomber would have been built and put through its paces. Performance estimates by engineers included a maximum speed of 360 miles-per-hour and a service ceiling up to 37,000 feet with a combat range of 4,000 miles.

As far as its war load, the L-137 was rated to carry 4,000lb of drop ordnance through an internal arrangement (the B-17G carried a "light load" of about 4,500lb and a typical "heavy" load of around 8,000lb). As with other bombers of the period, it is acceptable to conclude that the fuselage would have been home to a network of defensive gun positions, the L-137-8 drawings indicating a tail gun position as well as a dorsal turret over and aft of the flight deck and a ventral turret near the "chin" position along the forward fuselage. An assumption can also be made for gun positions at the waist / beam area of the fuselage / empennage.

Despite its promising nature on paper, USAAF authorities who reviewed the L-137 decided against it due to "performance concerns".©MilitaryFactory.com
Note: The above text is EXCLUSIVE to the site www.MilitaryFactory.com. It is the product of many hours of research and work made possible with the help of contributors, veterans, insiders, and topic specialists. If you happen upon this text anywhere else on the internet or in print, please let us know at MilitaryFactory AT gmail DOT com so that we may take appropriate action against the offender / offending site and continue to protect this original work.
Advertisements

Internally-held conventional drop bomb load of up to 4,000lb. 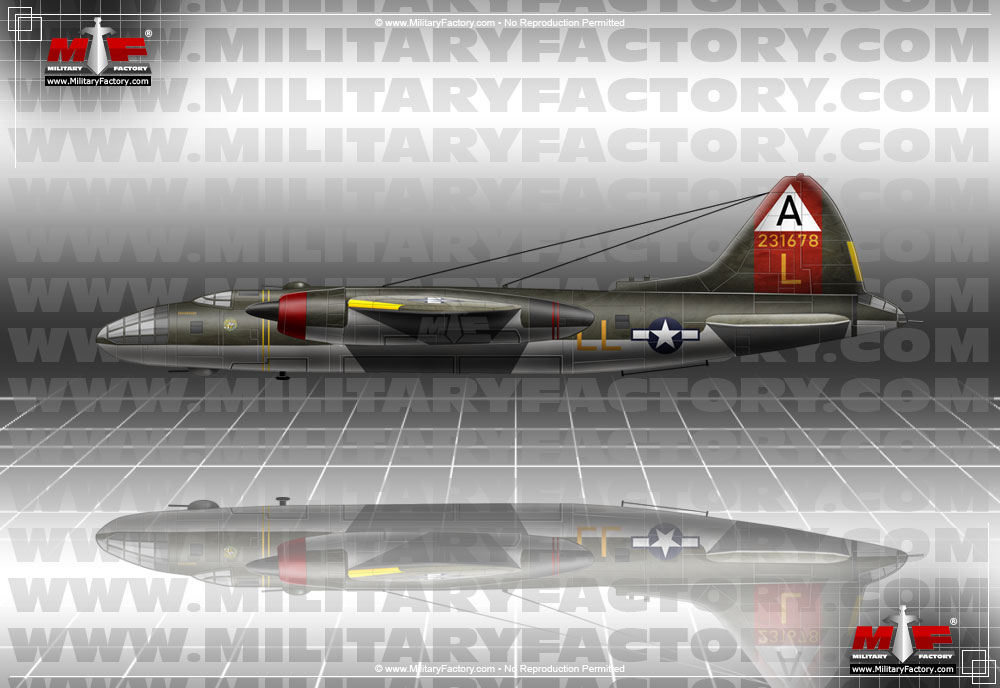