The Lippisch P.15 was another proposed Luftwaffe jet-powered fighter of World War 2 - this entry based on the Me 163 Komet rocket interceptor.

Authored By: Staff Writer | Last Edited: 02/26/2020 | Content ©www.MilitaryFactory.com | The following text is exclusive to this site. 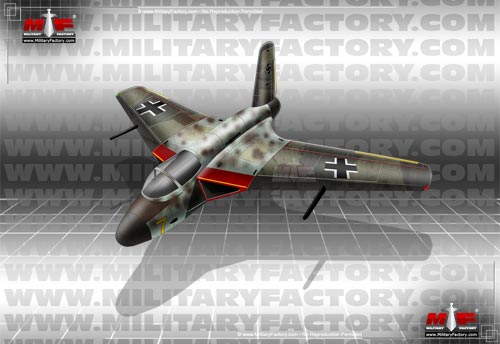 The German Luftwaffe's "Emergency Fighter Program" of the late World War 2 period yielded very little material value for all of the investment poured into it. The objective was to develop a capable fighter to counter the threat of Allied day and night bombing raids which were wreaking havoc on German cities, infrastructure, and war-making facilities. Into 1945, the German war situation grew evermore dim as the stranglehold from both East and West placed enormous pressure on leadership and foot soldiers alike.

Alexander Lippisch, a German aeronautical engineer, had already made a name for himself through his rocket-powered interceptor creation - the famous Messerschmitt Me 163 "Komet". Despite its swept-wing design and high performance, the interceptor held little tactical value for its time in the air was extremely limited when confronting Allied bombers en route to German targets - no more than 15 minutes of flying time was given the pilot to engage with cannon fire.

After his time at Messerschmitt had ended, he concentrated his research in the field of high-speed flight by way of Vienna's Aeronautical Research Institute. In March of 1945, with the German war situation deteriorating with each passing day, he was visited by head of Aircraft Development Oberstleutenant Siegfried Knemeyer formerly of Heinkel. There the two men engaged in discussions on high-speed flight as it related to Heinkel He 162 "Volksjager" - the budget-friendly "People's Fighter" inducted into Luftwaffe service.

During this time, Lippisch penciled out plans for a similar aircraft which promised better overall performance while not moving away from the qualities of low cost and ease of operation. Together the two men drew up formal plans for what became the "P.15 Diana" project fighter.

As in other Lippisch paper airplane designs, the P.15 was given sweptback wing mainplanes through an elegant form. The wings (borrowed from the Me 163 itself) took root at the fuselage by way of well-contoured root structures housing the intake ductwork leading to the embedded single engine installation. The fuselage, with its rounded edges, housed the powerplant as well as fuel and avionics set. The single-seat cockpit was positioned aft of a rounded, shallow nosecone (taken from the He 162) and the tail unit incorporated only a sole rudder plane, the mainplanes providing both the elevator and aileron control surfaces. The single jet engine would exhaust under the tail unit, aspirated by the intakes showcased to either side of the cockpit.

Bringing the design together was a simplified approach to its construction. Proposed was the use of components already existing for both the Me 163B and Me 163C production aircraft and, to this, was added parts from the competing He 162 as well as the Junkers Ju 248 - the latter a proposed, evolved form of the Me 163 itself. This approach, it was believed, could expedite both testing and serial production of the new fighter-interceptor.

To power the aircraft the Heinkel HeS 011A turbojet engine was selected as the primary candidate. The air-breathing engine would be embedded within the middle-act section of the fuselage and supply the fighter-interceptor with the needed performance once up to speed. It was estimated that the aircraft could reach speeds of up to 621 miles-per-hour under ideal conditions (about 45 minutes of flying time to and from the target), making it nearly untouchable in the skies. Unlike the Me 163 before it, whose limited rocket power supply forced it to land prematurely, the P.15 could be landed under its own power and turned around to be reused in short order. Ground-running would be handled by a modern wheeled, retractable undercarriage (unlike the belly skid of the original Me 163) taken from a Messerschmitt Bf 109 piston-powered fighter.

Beyond this the aircraft was to have a running length of 20.10 feet and a wingspan of 33 feet. Proposed armament was a sure bomber-killer, constituting 2 x 30mm MK108 automatic cannons in the lower sides of the forward fuselage (one gun per side) and 2 x 20mm MK151/20 automatic cannons in the wings (one gun per wing). This would have given the fighter considerable firepower against a bomber formation, a single burst usually enough to bring down the unfortunate lumbering aircraft caught within the crosshairs.

Work on the P.15 by the Aeronautical Research Institute commenced to the point that a 1:25 scale form of the proposal P.15 was completed and tested. From this would be realized the finalized fighter project which was to have been fast-tracked to serial production - however, the end of the war for Germany in April-May of 1945 signaled the end of the P.15 project as a whole. Whatever material and data existed for the program was quickly taken over by the conquering Americans and used to further projects back stateside.

The P.15 EFP solution was simply not meant to be.
Advertisements 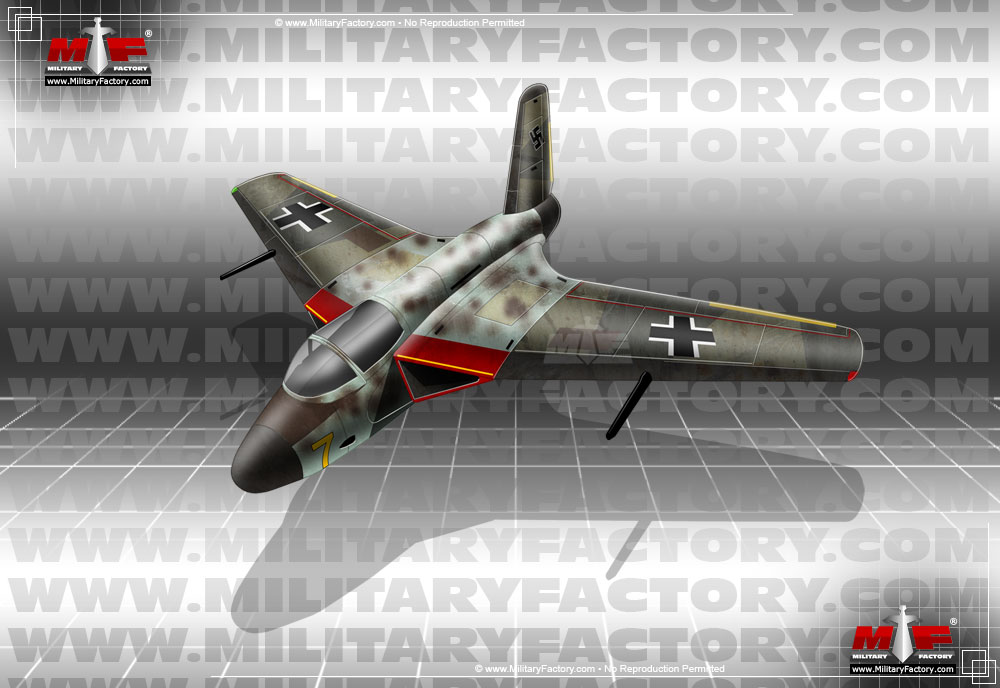