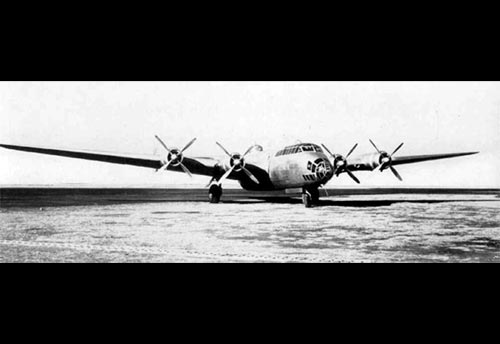 Much like the Germans during World War 2 (1939-1945), the Empire of Japan never truly found a notable four-engined "heavy", a long-ranging multi-engined strategic bomber capable of dropping considerable war loads on enemy targets over distance. Projects were had by both parties but none materialized beyond paper drawings or prototypes. In the early-war period, the Nakajima Aircraft Company attempted such a project based around the proven framework of the American Douglas DC-4E that it had acquired - but even this initiative fell to naught as just six of the type were produced in all.

The DC-4E was, itself, a developmental model arranged by the Douglas Aircraft Company and eventually operated by American Airlines in the United States and, later, Imperial Japanese Airways. The original aircraft was powered by 4 x Pratt & Whitney R-2180-S1A1-G "Twin Hornet" air-cooled radial piston engines driving three-bladed propeller units and outputting 1,450 horsepower each and one notable physical characteristic of the design was the three-finned tail unit. The aircraft was crewed by three and could carry as many as 42 passengers over distances of 2,200 miles. A first-flight was recorded on June 9th, 1939 - this before World War 2 officially began.

After some testing, Douglas decided against the DC-4E and this led Japan to procure the abandoned prototype while Douglas pursued another in-house design that became the classic "DC-4" aircraft of the World War 2 period. As such, the DC-4E initially fell to Imperial Japanese Airways in the latter part of 1939 and was seen by the Imperial Japanese Navy (IJN) as a possible candidate for conversion into a long-range bomber. The Japanese reverse-engineered the American airliner to become the short-lived "G5N" under the Nakajima Aircraft Company brand label. To cover the work, Japanese media reported the DC-4E as crashed while the true aircraft could be reviewed under cover and modified by Japanese industry to produce the proposed bomber form. As the DC-4E was readily available for the conversion work, it was selected as no local solution could be had from Japanese aero-industry at the time.

The G5N was drawn up to fulfill an IJN requirement for a long-range strategic bombing platform capable of crossing the vast distances of the Pacific. The service, like the Imperial Japanese Army (IJA), lacked such a performer while other powers of the world had already embraced the concept of a strategic bomber force built on range and firepower. For the IJN, the minimum acceptable operational range became 3,500 miles, giving what would become their next bomber excellent "legs" in the air.

In common with contemporary bombers of the day, the G5N was completed with metal skinning (save for the control surfaces) and had its triple-rudder tail unit simplified to a more modern twin-fin arrangement. For power there was 4 x Nakajima NK7A "Mamori" 11 series air-cooled radial piston engines of 1,870 horsepower each, these driving either three-or-four-bladed propeller units. Internally, the requisite bomb bay was carved out of the passenger section and the nose was glazed over for better viewing by the bombing crew. The flight deck was positioned aft and above the bombardier's compartment and was equally heavily glazed for viewing by the flight crew. Ground-running would be accomplished by the DC-4E's original tricycle landing gear arrangement involving main legs under each inboard engine nacelle and a twin-wheeled nose leg under the forward mass of the fuselage.©MilitaryFactory.com
Advertisements

While the bomb bay would be used to hold the proposed conventional drop ordnance, the aircraft itself would be defensed through traditional ballistic weapons - machine guns and automatic cannons. This included 1 x 7.7mm Type 92 machine gun on a trainable mounting at the nose, another at a rear-facing ventral position, and one machine gun side-facing at each waist position. Beyond this was to be 1 x 20mm Type 99 Model 1 automatic cannon installed at the nose in a power-operated dorsal turret and similar armament installed at the tail in its own powered emplacement. All told, the bomber would have been well-defended through this network of guns.

The G5N, in its initial form as "G5N1" (and further classified as "Type 13 Land-Based Attack Bomber "Shinzan"), achieved its first-flight on April 8th, 1941 but the heavy design, coupled with the underperforming engines, left much to be desired of the large bomber (just two were built to the original standard). Engineers attempted to rectify the issues and three additional prototypes eventually joined the development phase bringing the airframe count to four. At one point, another pair of aircraft were added to the mix and re-engined to take 4 x Mitsubishi MK4B 12 "Kasei" radials of 1,530 horsepower - resulting in the switch to the "G5N2" test production designation. By this point, the war had engulfed Japan industry completely and aero-related resources were allocated to the ongoing war effort, leaving little room for development of a whole new bomber like the G5N.

So not all would be lost, of the six available airframes, four were reconstituted as long-range transports by the IJN and served as "G5N2-L" (further named "Shinzan-Kai"). These were identified by American military observers and afforded the codename of "Liz" for their time in service.

The Nakajima "Ki-68" was another bomber form proposed to the IJA based on the G5N1 design and were to field 4 x Mitsubishi or Nakajima powerplants. Plans for this version were shelved before the end of 1941. Another proposed IJA bomber form, the "Ki-85", was to carry 4 x Mitsubishi Ha-111M engines and its full-scale mockup was, indeed, completed in 1942 though this project also came to a halt and was cancelled in full in May of 1943.©MilitaryFactory.com
Note: The above text is EXCLUSIVE to the site www.MilitaryFactory.com. It is the product of many hours of research and work made possible with the help of contributors, veterans, insiders, and topic specialists. If you happen upon this text anywhere else on the internet or in print, please let us know at MilitaryFactory AT gmail DOT com so that we may take appropriate action against the offender / offending site and continue to protect this original work.
Advertisements 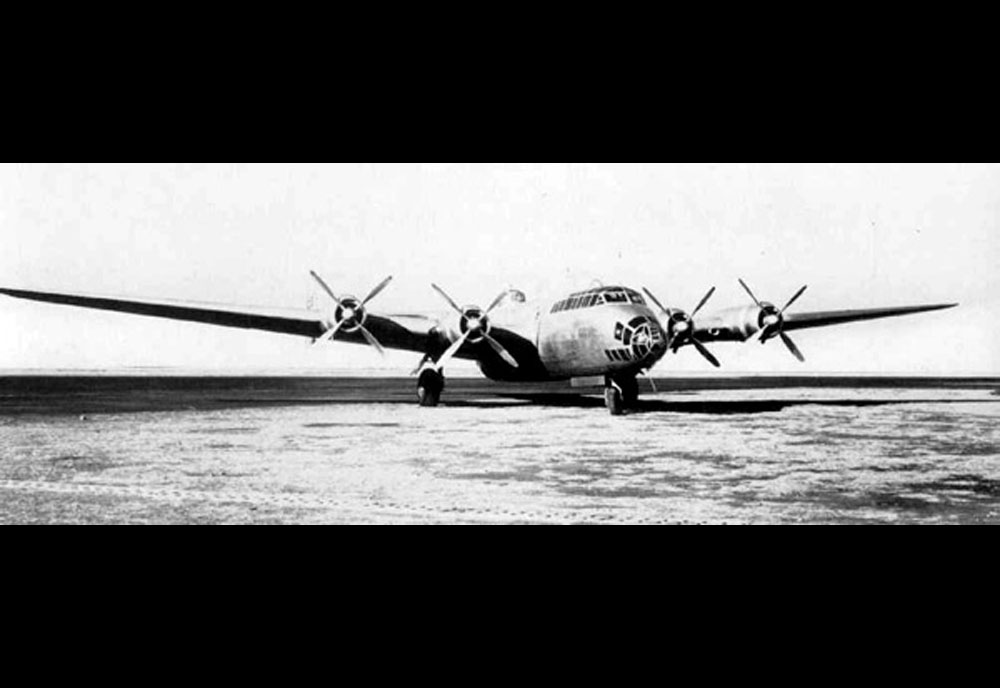