The Miles M.23 proposal was designed as a single-seat, single-engine fighter capable of very-high-performance for the period - it did not materialize.

Authored By: Staff Writer | Last Edited: 01/28/2020 | Content ©www.MilitaryFactory.com | The following text is exclusive to this site. 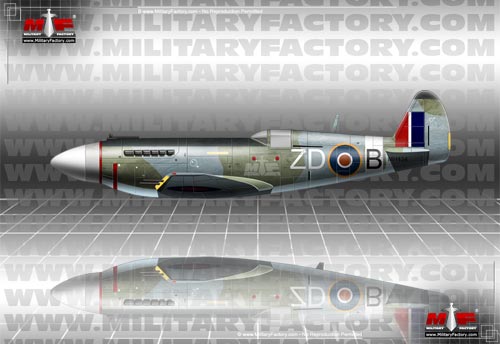 By 1941 Britain was fully embroiled in World War 2 (1939-1945) with its fighter force fully committed to the defense of the homeland. Despite the Royal Air Force (RAF) fielding very capable types in the Hawker Hurricane and the Supermarine Spitfire, there was always room for improvement to either design or acceptance of more advanced design forms should such a product arise.

Miles Aircraft engineers drew up plans for a new single-seat, single-engine high-speed fighter centered around the concept of having an extremely low frontal area of reduced drag, coupled with extensive streamlining, to produce formidable speedster doubling as an effective gun platform - essentially a fighter design capable of outpacing anything the Germans could field.

The Miles M.23 was the result of this work, the bullet-shaped fighter driven by either a Rolls-Royce Merlin or Griffon engine at its nose (in its early form, the M.23 would carry the Merlin and transition to the Griffon pending availability of the newer powerplant). The cockpit would be situated at midships, though aft of center, and low-mounted, rounded mainplanes were be seated under the fuselage. The mainplanes were of particular note for their thickness fell-off from 20% near the fuselage to just 6% at the tips - promoting a higher degree of wing loading compared to contemporaries of the day. The tail unit would be largely conventional in its formation, utilizing a single rounded vertical plane coupled with small-area horizontal planes. The completely retractable, wheeled, wide-track "reverse tricycle" undercarriage would be used for ground-running.

The cockpit was to be buried within the af-section of the fuselage, behind the mainplanes, with the pilot seated under a two-piece canopy of low profile. To the pilot's rear was a raised dorsal spine which would have added internal volume for fuel and pertinent systems but restricted vision to the critical "six".

In terms of armament, the fighter was envisioned with either a battery of 8 x 0.303 caliber (7.7mm) machine guns (four guns to a wing member) and 500 rounds of 7.7mm ammunition or 2 x 20mm Hispano-Suiza automatic cannons (one gun to a wing member).

Internally, the aircraft was to be constructed out of a mix of metal and wood with wing spars formed from the former and plywood used for the ribbing. The fuselage would, itself, be formed through a monocoque arrangement adding more plywood to the mix.

As penciled out, the M.23 was to have a running length of 28.7 feet and wingspan of 31 feet. Depending on engine fit, the product would have a weight between 6,200lb (Merlin engine) and 7,500lb (Griffon engine) showcasing (rather optimistic) estimated speeds of up to 470 miles-per-hour. Its service ceiling would reach up to 40,000 feet.

Despite its promising nature, the demands of war made the M.23 a casualty and the design was evolved beyond its drawing stage. The M.23A, while sharing nearly the same designation, was an altogether different fighter proposal by Miles Aircraft in 1942.©MilitaryFactory.com
Note: The above text is EXCLUSIVE to the site www.MilitaryFactory.com. It is the product of many hours of research and work made possible with the help of contributors, veterans, insiders, and topic specialists. If you happen upon this text anywhere else on the internet or in print, please let us know at MilitaryFactory AT gmail DOT com so that we may take appropriate action against the offender / offending site and continue to protect this original work.
Advertisements

(Showcased performance specifications pertain to the base Miles M.23 production variant. Performance specifications showcased above are subject to environmental factors as well as aircraft configuration. Estimates are made when Real Data not available. Compare this aircraft entry against any other in our database or View aircraft by powerplant type)
PROPOSED (Fixed, Forward-Firing):
8 x 0.303 caliber (7.7mm) machine guns OR 2 x 20mm Automatic cannons in wings. 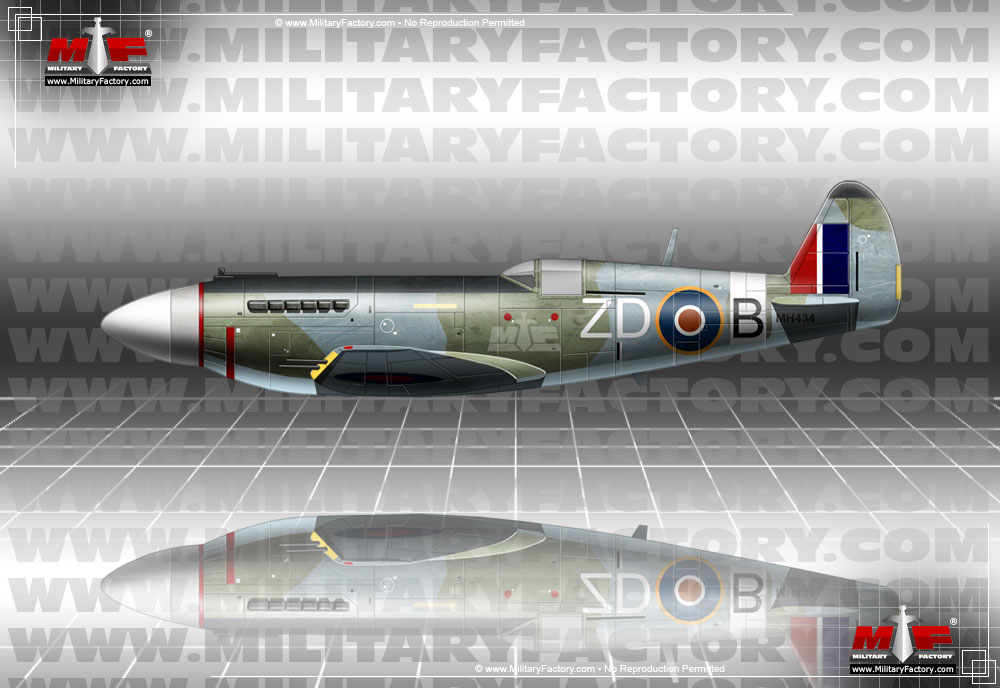