The Miles M.22A was arranged against Specification F.18-40, intended to serve the British Royal Air Force with an impressive twin-engine fighter.

Authored By: Staff Writer | Last Edited: 11/15/2020 | Content ©www.MilitaryFactory.com | The following text is exclusive to this site. 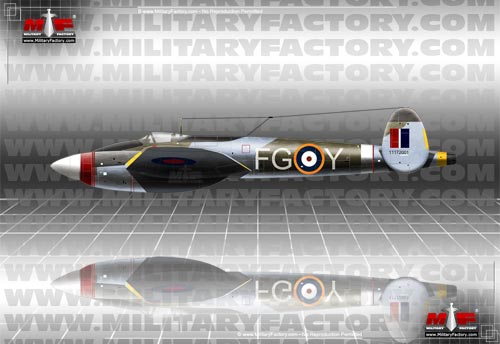 In an effort to sell the British Air Ministry on the concept of a new lightweight, twin-engine all-modern fighter before the start of hostilities concerning World War 2 (1939-1945), the Miles Aircraft concern drew up plans for the proposed "M.22" (detailed elsewhere on this site). This aircraft was uniquely arranged with the cockpit embedded in the middle and at the center mass of the wing mainplane, producing as small a frontal area footprint as possible and, therefore, reducing drag for exceptional high-speed performance. The aircraft was to be powered by a pair of Rolls-Royce "Griffon" inline piston engines, have a "tail-dragger" undercarriage, and feature a 10-machine gun "gun nest" in the mainplane's leading edge.

Before this idea was completely abandoned, the M.22 was evolved to become the "M.22A" which went down a more conventional design route and was arranged against Specification F.18/40 (calling for a "turret fighter" / nightfighter) of 1940. For its own time on the drawing boards, the M.22A was consistently modified throughout its proposal phase, resulting in several primary forms taking shape (though none were eventually pursued).

With an appearance akin to the classic de Havilland DH.98 "Mosquito" heavy fighter (and similar dimensions to boot), the M.22A was given an elliptically-shaped wing mainplane that was low-mounted (and forward of midships) against the fuselage and its inline engine pair was underslung in a typical period fashion. Unlike the original M.22, the M.22A had a more traditional rounded fuselage form with the cockpit seated directly aft of the nose cone. The tail unit was to incorporate a twin-rudder arrangement (one offshoot drawing depicted a triple-rudder tailplane configuration) and primary armament was to become a cannon arrangement embedded in the nose. Construction (a semi-monocoque approach for the fuselage) was to rely heavily on wood to save on wartime resources such as metal. The operating crew was to be two personnel (as in the Mosquito heavy fighter).

The M.22A was to be powered by a pair of liquid-cooled inline piston engines, these becoming either the Rolls-Royce "Merlin XX" or "Merlin 60" series powerplants. The engines, housed in all-new, well-streamlined nacelles, would be used to drive three-bladed propeller units in "puller" fashion and provide the platform with an estimated maximum speed of 405-425 miles-per-hour with a service ceiling beyond 40,000 feet (requiring cockpit pressurization).

In comparison, the classic Mosquito (B.Mk.XVI model) reached speeds of 415mph and measured 44.5 feet long with a wingspan of 54.1 feet.

Armament-wise, the new fighter was to carry an all-cannon (of 20mm caliber each) battery in forward-firing mountings in or around the nose assembly. One version of the fighter sported the cannons in pairs along the sides of the nose while another version detailed all four cannons under the nose in a side-by-side arrangement. In either case, the aircraft was to have considerable frontal-hitting firepower against enemy fighters and bombers of the day and afforded the platform exceptional attack abilities against ground targets. In addition to this, thought was given to adding a traversing mechanism to the gun battery to increase the aircraft's firing arc from centerline - adding a unique tactical aspect to the design. Still another form added an entire Boulton Paul turret assembly to the mix, this complete system fielding four total guns.

In any event, the M.22A fell to the same fate as the earlier M.22. It was not pursued as the British wartime commitment grew larger and larger with each passing month into 1940. The Royal Air Force would make do with its current crop of fighters for the foreseeable future.

(Showcased performance specifications pertain to the base Miles M.22A production variant. Compare this aircraft entry against any other in our database or View aircraft by powerplant type)
PROPOSED:
4 x 20mm Automatic cannons in internal, forward-firing mounting installed in or around the nose assembly. 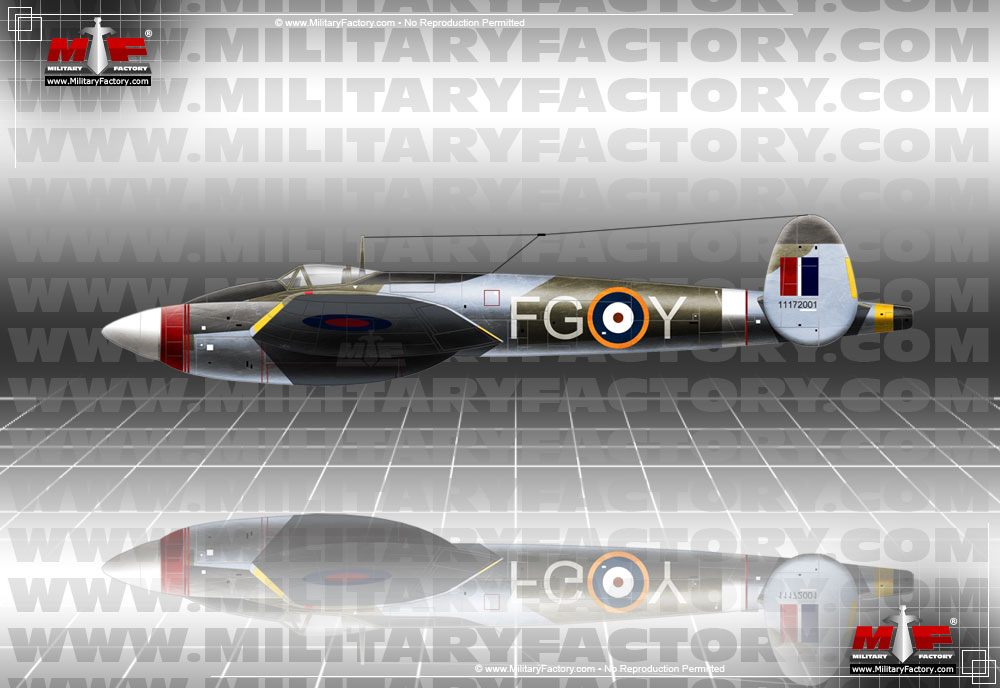