The Leonardo AW119 serves military and civilian markets in the general utility role - such is its versatility.

Authored By: Staff Writer | Last Edited: 12/21/2020 | Content ©www.MilitaryFactory.com | The following text is exclusive to this site. 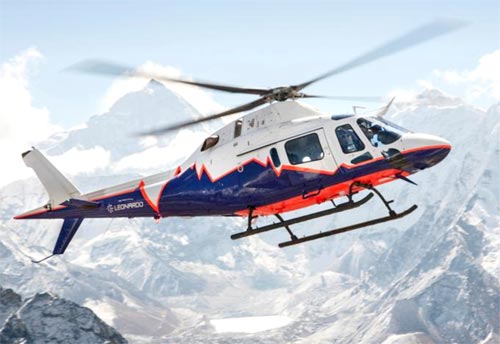 The AW119 "Koala" is a lightweight, single-engine helicopter development from Italy-based Leonardo. The series recorded a first-flight in prototype form during February of 1995 and went on to see series introduction in 2000. It remains in active production as of this writing (2020) and has been taken on, in number, by various governmental- and military-level organizations including - rather recently - the United States Navy (USN). About 300 of the helicopters have been produced to date.

The aircraft is in the same class as the competing Bell Model 407, Airbus Helicopters Ecureuil, and MD Helicopters MD600 offerings.

The AW119 owes its design and inherent capabilities to the preceding AW109 (detailed elsewhere on this site) which appeared during the 1970s and went on to see its own level of global success in military and civilian aviation circles alike. Powered by two Pratt & Whitney Canada PW206 series turboshaft engines, the AW109 showcased strong performance for a helicopter of its class with key characteristics being its twin turboshaft powerplant arrangement, four-bladed main rotor, and retractable tricycle undercarriage.

The newer AW119 simplifies the design by settling on a single-engine layout, thereby reducing maintenance commitments as well as system operation. It also introduced a simpler landing skid arrangement replacing the original's retractable, wheeled tricycle configuration. The four-bladed main rotor is retained above the passenger cabin while a two-bladed tail rotor unit is situated at the tail facing to port side. The cockpit seats two in a traditional side-by-side arrangement while the passenger cabin can carry up to eight passengers in comfort. As a utility-minded platform, the helicopter is also cleared to carry external sling loads of up to 3,086lb when needed.

Power is from a single Pratt & Whitney Canada PT6B-37A turboshaft engine delivering 1,002 horsepower to the four-bladed main rotor and twin-bladed tail rotor units. Performance specs include a cruising speed of 152 miles-per-hour (never-exceed speed of 175mph), a range out to 515 nautical miles, and a service ceiling nearing 15,000 feet. Rate-of-climb is equal to 1,790 feet-per-minute.

Variants in the line beyond the original "AW119" production mark (originally appearing as the "A119" under the Agusta brand label) include the improved "AW119 Ke" and succeeding "AW119 KXe". The Ke offering brought about improved fuel efficiency, increased cargo capability, and a revised rotor design. The KXe followed by as a more modern offering and is manufactured at facilities in both the United States and India for a better market reach.

The AW119 was proposed to the United States Navy for its TH-57 "Sea Ranger" (Bell Model 206) training helicopter replacement competition as the "TH-119". It was been formally selected (the decision announced January 13th, 2020) for service and will operate as the "TH-73A". In developmental form, the helicopter first took to the air on December 20th, 2018 and beat out offerings from Airbus Helicopters (H135) and Bell Helicopters (Model 407GXi). A total of 130 helicopters (all to be powered by the PWC PT6B37A turboshaft of 1,000 horsepower) are sought of which the base agreement covers the initial 32 airframes. Deliveries are expected to begin during 2020 and end around 2024.

January 2020 - Leonardo has received a U.S. DoD contract worth $176 million USD to cover an initial 32 examples of its AW119 helicopters in trainer forms to serve the United States Navy. The contract was announced on January 13th, 2020. The series will be operated under the TH-119 designation and are intended as successors to the in-service TH-57 "Sea Ranger" based in the Bell Model 206 platform.

(Showcased performance specifications pertain to the Leonardo AW119 production variant. Compare this aircraft entry against any other in our database or View aircraft by powerplant type)
None. 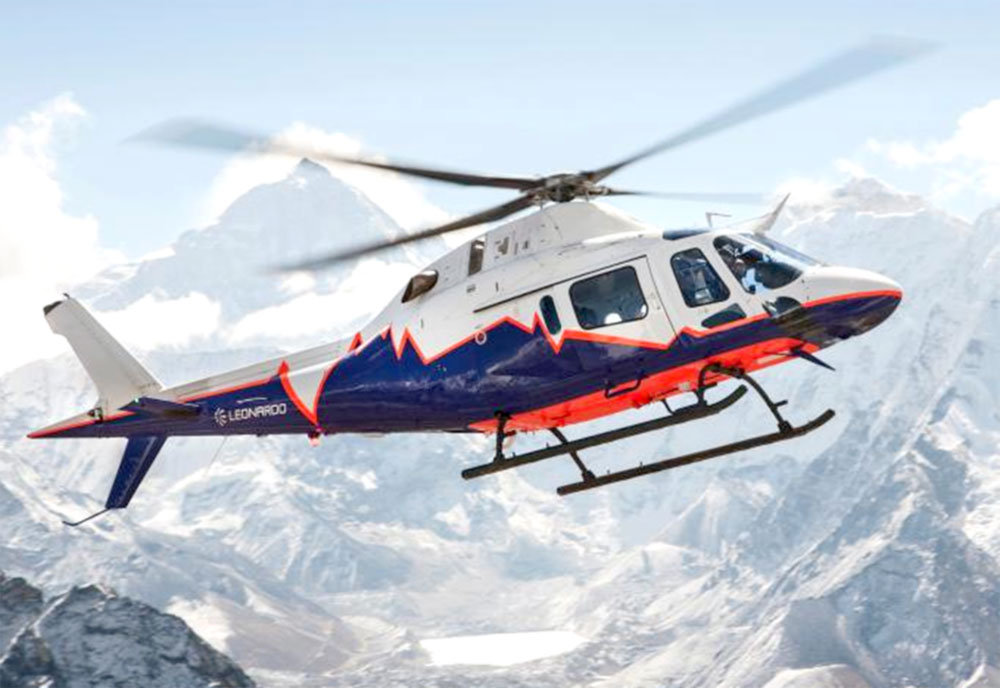