The jet-powered Lippisch P.20 was proposed as an improved successor to the Me 163 Komet rocket-powered interceptor.

Authored By: Staff Writer | Last Edited: 02/10/2020 | Content ©www.MilitaryFactory.com | The following text is exclusive to this site. 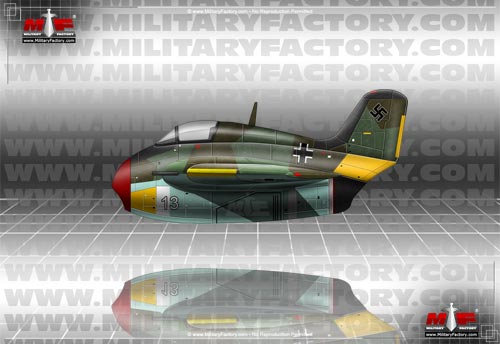 The German Messerschmitt Me 163 "Komet" rocket-propelled interceptor was to become the Luftwaffe's solution to the Allied bomber force problem. This compact, ultra-fast single-seat aircraft was to reach altitude in short order and slice through bomber formations at speed, tearing holes in the combat boxes by way of automatic cannons. However, the design was fraught with limitations and dangers, its volatile fuel mix proving as much a danger to its pilots as the interceptor was to Allied bomber crews. In addition to this, the thirsty nature of rocket propulsion meant that the vehicle could only stay aloft for mere minutes, providing enough energy to attack an enemy formation once or twice. With that said, the Me 163 was only a modest success in the grand scheme of the war and did little to change the fortunes for Germany.

German aeronautics engineer Dr. Alexander Lippisch offered one glimpse of a future Me 163 evolution in the P.20 of April 1943. This development would take the basic arrangement and function of the Komet and built upon its strengths while reworking its inherent weaknesses. This resulted in a proposed interceptor design that was to be powered by a single Junkers Jumo 004 series turbojet engine buried in the body of the aircraft and aspirated through a small intake under the nose and exhausted through a traditional port at rear. The swept-back wing mainplanes of the Komet were retained and no horizontal tailplanes were fitted. A single rudder took up its usual place at the rear of the fighter.

The single pilot sat under a largely unobstructed canopy, the cockpit positioned nearly at the nose. The mainplane roots ran nearly the entire length of the fuselage and each housed a single 30mm MK103 automatic cannon. In addition to this there would be a 30mm MK108 automatic cannon installed at each side of the forward fuselage - offering plenty of firepower to bring down a targeted bomber.

One of the grand deficiencies of the Me 163 was its inability to fit a retractable wheeled undercarriage - the interceptor launched on a jettisonable dolly and landing on a simple belly-mounted skid in a relatively level field. This would be rectified in the P.20 design as the aircraft was slated to carry a complete tricycle undercarriage for improved turn-around times.

As proposed, the P.20 was estimated to feature a maximum speed of nearly 570 miles-per-hour. Structurally, it was given a wingspan of 30.6 feet and a running length of 18.9 feet.

Like other "secret weapons of the Luftwaffe" of the World War 2 period, the P.20 offered by Lippisch did not advance beyond the paper stage.
Advertisements 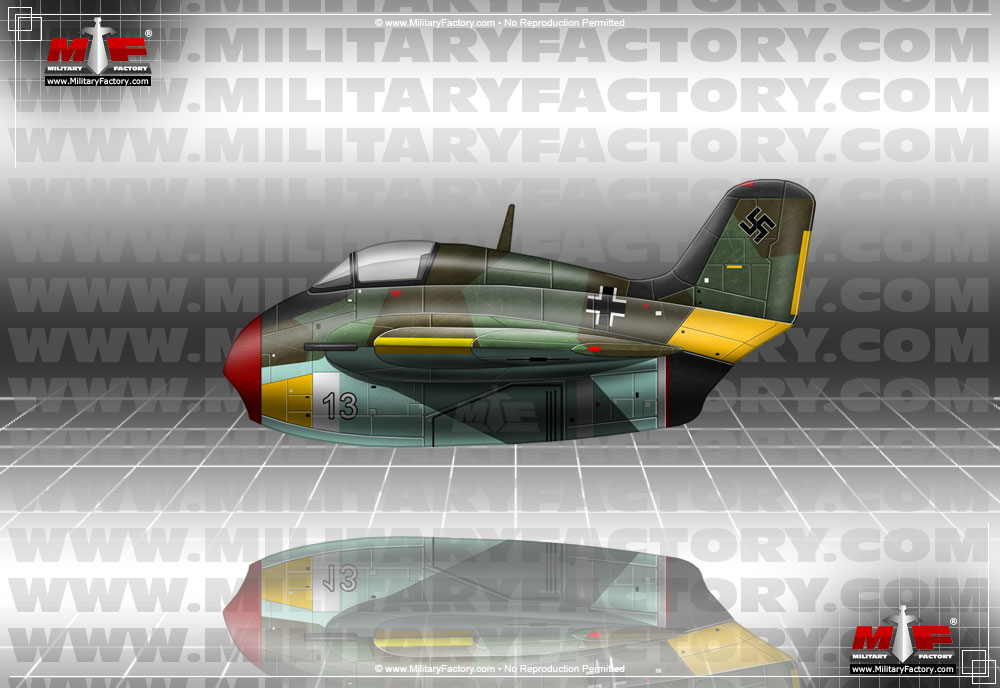