The D.500 series was a stopgap design, incorporating elements from two ages of aviation.

Authored By: Staff Writer | Last Edited: 09/24/2021 | Content ©www.MilitaryFactory.com | The following text is exclusive to this site. 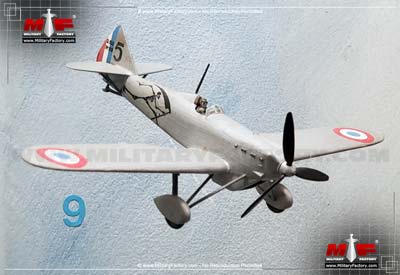 The D.500 series proved itself an interim fighter design for the nation of France heading into World War 2 (1939-1945). It appeared through a first-flight held on June 18th, 1932 and was formally introduced for service with the French in July of 1935. It eventually served both the air and naval branches of the country and went on to see light export numbers worldwide.

The D.500 was one of the many "bridge" fighter designs to appear prior to the World War - it still relied on an open-air cockpit and its undercarriage was fixed during flight. It did hold some rather modern elements of the period - low-set monoplane wings and all-metal internal and external construction. Compared to her neighbors of the period, France lacked consistency and innovation, particularly when compared to designs emerging from Germany and Britain at the same time.

D.500.01 marked the first sole prototype of the series and this was followed by the initial D.500 production models which carried a Hispano-Suiza 12Xbrs engine of 690 horsepower. Armament consisted of 2 x 7.7mm Vickers machine guns which would be replaced by the local 7.5mm Darne machine guns. The wings were also pre-designed to accept a machine gun each (for a total of four guns) and 101 aircraft were completed to this standard. The D.501 arrived with the Hispano-Suiza 12Xcrs engine and introduced a 20mm cannon at the nose firing through the propeller hub. Wing-mounted machine guns were also featured and 157 of this model were completed.

D.511 retained the fuselage of the D.500 but was given new, smaller wing mainplanes and a cantilever undercarriage arrangement. It also relied on the 12Ycrs engine but only a single prototype was completed and this example was not flown in testing. It eventually was reworked into the D.503. D.503 marked a one-off prototype which carried a 12Xcrs engine. Armament followed the D.501 entry and a first flight was held on April 15th, 1935. Its performance was no better than the original D.500 so the design was discarded.

D.510 continued use of the 12Xcrs engine (860 horsepower output) and featured the same armament fit as the D.503 but with local 7.5mm MAC 1934 machine guns in the wings. First flight was recorded on August 14th, 1934 and 120 aircraft followed to this standard.

The first D.500 units were readied during 1935 with progressive models arriving in the years following. Before the invasion of France by the Germans in 1940, the aging series was shipped to French territories overseas and relegated to secondary defense and fighter training roles (at one time, they made up the primary French Air Force fighter). The line went on to see combat action over North Africa and China but was clearly made obsolete by more modern offerings - both in France and elsewhere.

The French Air Force managed a stock of 98 D.500 fighters followed by 130 of the D.501 model and 88 of the D.510 series. The French Navy procured 30 D.501 models for their part. In French service, the D.500 series was superseded by the Morane-Saulnier M.S. 406 fighters detailed elsewhere on this site. These new fighters arrived with enclosed cockpits and retractable undercarriages.

The Republic of China Air Force took on a stock of 24 D.510 aircraft and these were used in anger against Japanese forces in 1938. The Imperial Japanese Navy received two D.510s and knew them as "AXD". The Lithuanian Air Force acquired fourteen D.501 examples. The Poles used the D.500 series from French air bases in World War 2. The Soviet Air Force took on a sole D.510 example for testing but did not formally adopt the type. Similarly the British evaluated a sole D.510 but nothing came from this. Seven D.500 fighters and a pair of D.510s made up part of the Escuadrilla Internacional of Spain and saw service during the Spanish Civil War (1936-1939) - much to the dismay of France. The Venezuelan Air Force took on a stock of three D.500 fighters.

In all, 381 D.500 series fighters were completed including all prototypes.
Advertisements

General Assessment
Firepower
Performance
Survivability
Versatility
Impact
Values are derrived from a variety of categories related to the design, overall function, and historical influence of this aircraft in aviation history.
Overall Rating
The overall rating takes into account over 60 individual factors related to this aircraft entry.
28
Rating is out of a possible 100 points.
Relative Maximum Speed
Hi: 300mph
Lo: 150mph
This entry's maximum listed speed (250mph). 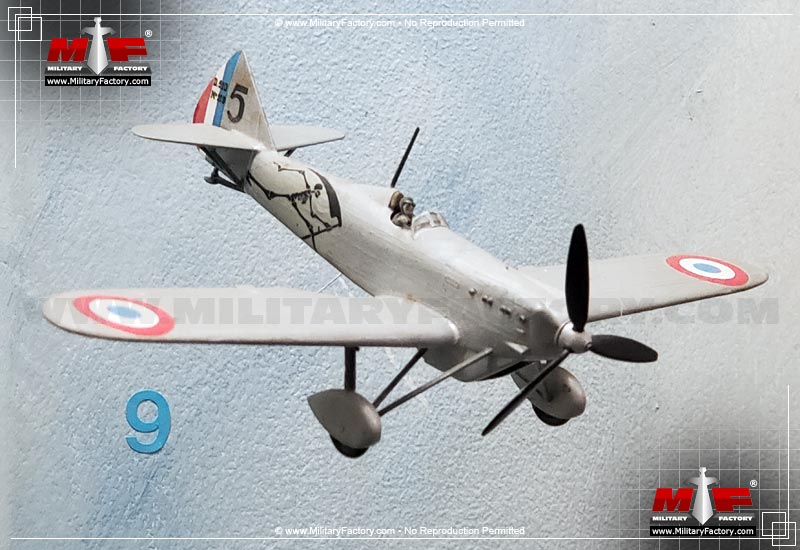 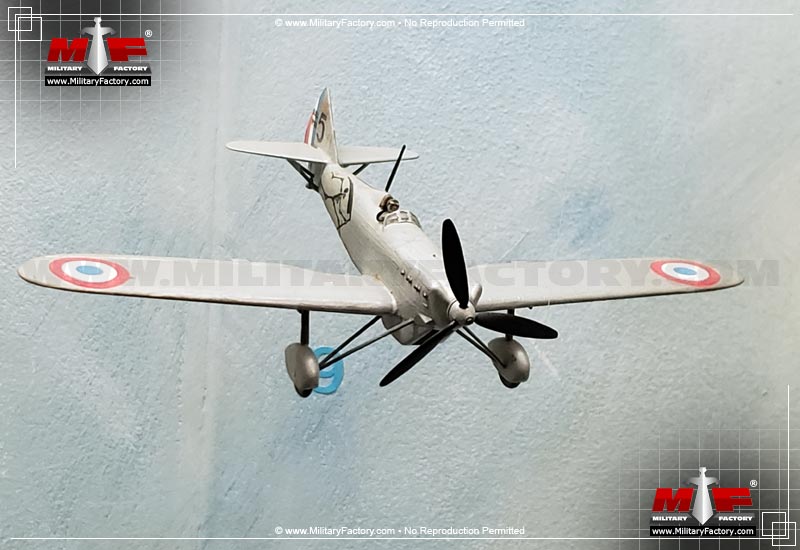 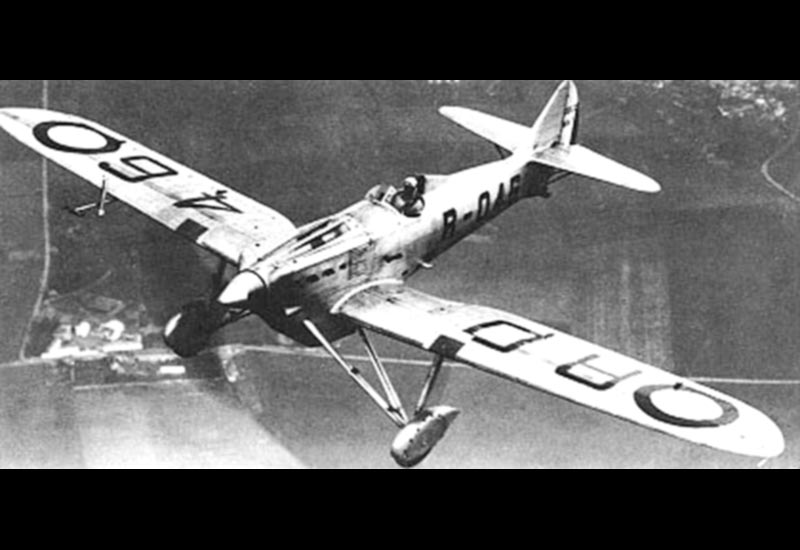