The TAI Aksungur is a twin-engine, twin-boom evolution of the existing TAI Anka UAV line - with first examples delivered to the Turkish Navy in 2021. 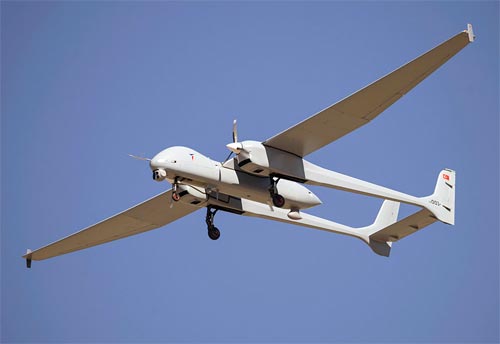 Like China, Turkey has whole-heartedly embraced many local initiatives concerning the design, development, and production of Unmanned Aerial Vehicles (UAVs) to cover various roles in military, law enforcement, border / state security, and national intelligence. This had led to a bevy of local industry players, such as Turkish Aerospace Industries (TAI), to fast-track programs like the "Anka" and deliver capable UAV systems to the Turkish armed forces and other awaiting services/departments. The Anka was introduced in 2013 and is currently a part of both the Turkish Air Force and the General Directorate of Security.

From the framework of the Anka has arisen a twin-engine, twin-boom evolution intended for broader support of Turkish in-service munitions as well as tactical over-battlefield roles. This is the "Aksungur" which is in prototype testing stages as of this writing (2019). A second prototype was unveiled at the International Defense Industry Fair (IDEF) of Istanbul to drum up interest in the new product.

The design sports a straight-winged planform with slight tapering of the trailing edges and small winglets positioned at the tips. The wings are high-mounted along the centralized fuselage section which holds the avionics fit, various camera and sensor systems, and fuel stores. The nose has a chin-mounted camera "blister" with full 360-degree rotation and the typical bulbous housing. The twin booms straddle either side of the fuselage and are held outboard of the wing roots, each boom given an engine nacelle driving three-bladed propeller units in puller configuration. The booms taper towards the rear and terminate in vertical tail fins. The fins are joined at their base by a shared horizontal stabilizer. The aircraft uses a tricycle undercarriage for ground-running with all three legs being single-wheeled. The nose leg retracts under the nose and the main legs retract under and aft of each engine nacelle.

At this point, the aircraft is slated to have a mission endurance window of about 24 hours and fly to altitudes of 40,000 feet based on press releases. Early forms will be powered by the German Thielert "Centurion" 4-cylinder model of 170 horsepower output though plans are in the works to ultimately have Turkish local industry takeover and produce a similar 170 horsepower of turbodiesel design. From this is hoped to evolve an engine outputting upwards of 220 horsepower before project's end.

The Aksungur is currently (2019) in flight-testing which is planned to wrap up before the end of 2019. Included in these tests will be munitions mounting and delivery of in-service Turkish army ordnance. Plans are underway to make the Aksungur available to the mass market sometime in 2020. Beyond the basic UAV offering, two distinct production versions are also being planned: one centers on a SIGnals InTelligence (SIGINT) model, with additional sensors and equipment, and a Maritime Patrol (MP) model capable of long-range, over-water operations with support for a sonobouy as well as surface-search radar.©MilitaryFactory.com
Note: The above text is EXCLUSIVE to the site www.MilitaryFactory.com. It is the product of many hours of research and work made possible with the help of contributors, veterans, insiders, and topic specialists. If you happen upon this text anywhere else on the internet or in print, please let us know at MilitaryFactory AT gmail DOT com so that we may take appropriate action against the offender / offending site and continue to protect this original work.

April 2019 - Two prototypes of the Aksungur have been proposed with the second debuted at the International Defense Industry Fair (IDEF) in Istanbul.

September 2020 - The Aksungur UAV has begun its weapons trials phase.

October 2021 - The initial Aksungur has been delivered to the Turkish Navy.

(Showcased performance specifications pertain to the base TAI Aksungur production variant. Performance specifications showcased above are subject to environmental factors as well as aircraft configuration. Estimates are made when Real Data not available. Compare this aircraft entry against any other in our database or View aircraft by powerplant type)
Payload of up to 1,650lb (750 kg). Supported weaponry to run the gamut of current-generation precision-guided drop bombs, conventional drop bombs, and Anti-Tank Guided Missiles (ATGMs) as well as general air-to-surface missiles (perhaps even including anti-ship missiles in the proposed Maritime Patrol variant). 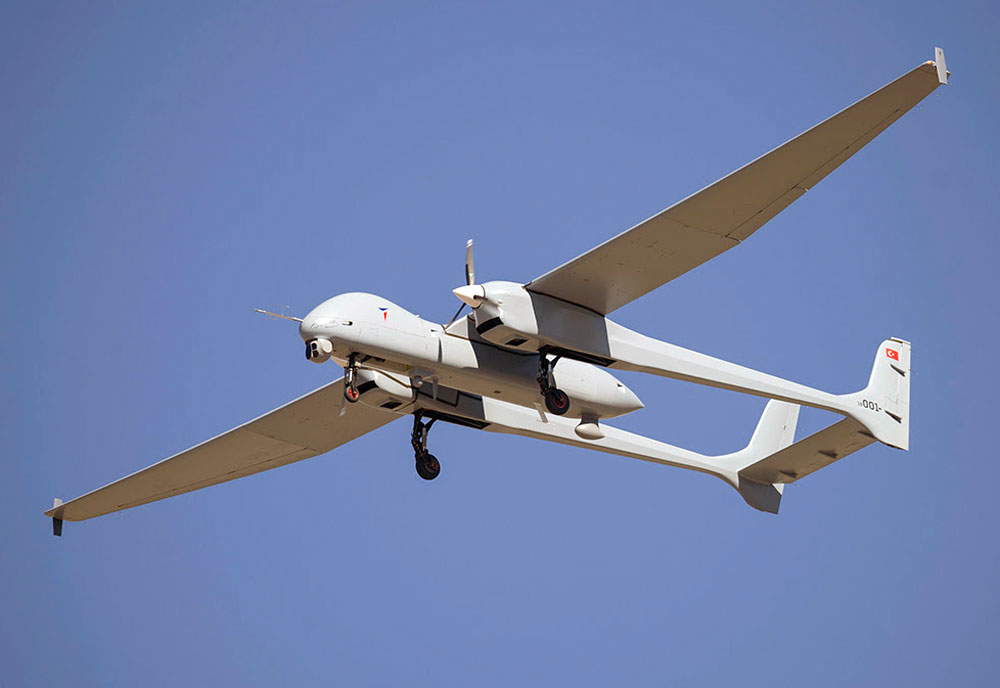