The Chance Vought VS-319 was proposed during World War 2 as a United States Navy carrierborne attack aircraft - it was not evolved.

Authored By: Staff Writer | Last Edited: 04/06/2019 | Content ©www.MilitaryFactory.com | The following text is exclusive to this site. 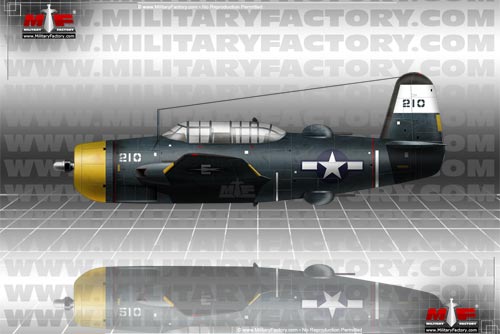 The United States Navy (USN) of World War 2 (1939-1945) eventually employed multiple, effective carrier- and land-based aircraft to fulfill the various attack roles it required. One subset of the general attack category for the service in the pre-war years became the "Scout Bomber" which involved a long-range, maritime (over-water) aircraft capable of precisely delivering bombs by way of dive-bombing the target from altitude. These platforms were typically powered by a single engine (at the nose) and housed two-to-three crewmen for optimal efficiency. Defense was usually had through one or two machine guns facing the rear.

As early as the 1930s, the USN sought to expand the inherent capabilities of its carrierborne attackers and a competition was held to find the right solution - ultimately involving industry players such as Brewster, Chance Vought, Curtiss, and Douglas Aircraft. One of the Chance Vought entries originated in February of 1941 to become the proposed, though ultimately abandoned, "VS-319".

The VS-319 was set to incorporate a single engine at the nose of the rounded, deep fuselage. The crew of two would be seated (back-to-back) aft of this installation and under a long-running "greenhouse-style" canopy that was heavily framed. The fuselage tapered, though only slightly, towards the rear of the aircraft to which was affixed a single, rounded vertical tail fin and low-mounted horizontal planes. At the belly of the fuselage would have been an internal bomb bay accessed by twin doors and housing a modest bomb load. For a rather modern approach to ground-/deck-running, a tricycle undercarriage (fully retractable) was proposed in the design.

As with other carrierborne aircraft of the period, the VS-319 was to showcase wing-folding of the mainplane members for better storage aboard American aircraft carriers. The wings were hinged outboard of any critical internal equipment (just outside of the main landing gear wells).

Standard armament was proposed as 2 x 0.50 caliber Browning M2 air-cooled Heavy Machine Guns (HMGs) at the wings, one to a member and installed outside of the wing-folding/hinge system. Additional standard firepower was to come from a dual-turret arrangement seeing a compact dorsal turret, mounting 1 x 0.50 caliber HMG, at an aft-dorsal position joined by another such system (also mounting 1 x 0.50 caliber HMG) at an aft-ventral position. Both single-gunned turrets would face to the rear to help protect the aircraft's more vulnerable "six". The rear-facing, secondary crewman would have been charged with their function.

Beyond this, optional armament would be held either in the aforementioned internal bomb bay or at two under-fuselage hardpoints found at the wing roots straddling the fuselage (one hardpoint per wing root). For effective diving on enemy targets, the wings were planned with combination spoilers /split flap dive brakes found along the mainplane's trailing edges to quickly slow the aircraft's descent.

To power the aircraft, engineers set their sights on the Pratt & Whitney R-2800 "Double Wasp" twin-row, 18-cylinder, air-cooled radial piston engine set to drive a four-bladed propeller unit at the nose. This engine, running since 1937, went on to power such classic types as the Grumman F6F "Hellcat" carrierborne fighter, the Martin B-26 "Marauder" land-based attacker, and the Vought F4U "Corsair" navy fighter. The selection of the air-cooled radial was not surprising as the USN service favored such types over more complex, fragile inline piston systems (such as those used on the land-based Lockheed P-38 "Lightning" heavy fighter and Bell P-39 "Airacobra" fighter lines.

Beyond proposal drawings, the VS-319 was not furthered. Several deficiencies in design immediately showcased themselves as well - such as the use of a tricycle undercarriage at the time when the USN heavily operated tail-draggers, a complex twin-turret system for defense when a singular twin-gunned turret could have been more useful, and a rather modest bomb load for the evolving war.©MilitaryFactory.com
Note: The above text is EXCLUSIVE to the site www.MilitaryFactory.com. It is the product of many hours of research and work made possible with the help of contributors, veterans, insiders, and topic specialists. If you happen upon this text anywhere else on the internet or in print, please let us know at MilitaryFactory AT gmail DOT com so that we may take appropriate action against the offender / offending site and continue to protect this original work.
Advertisements

VS-319 - Base Project Designation. 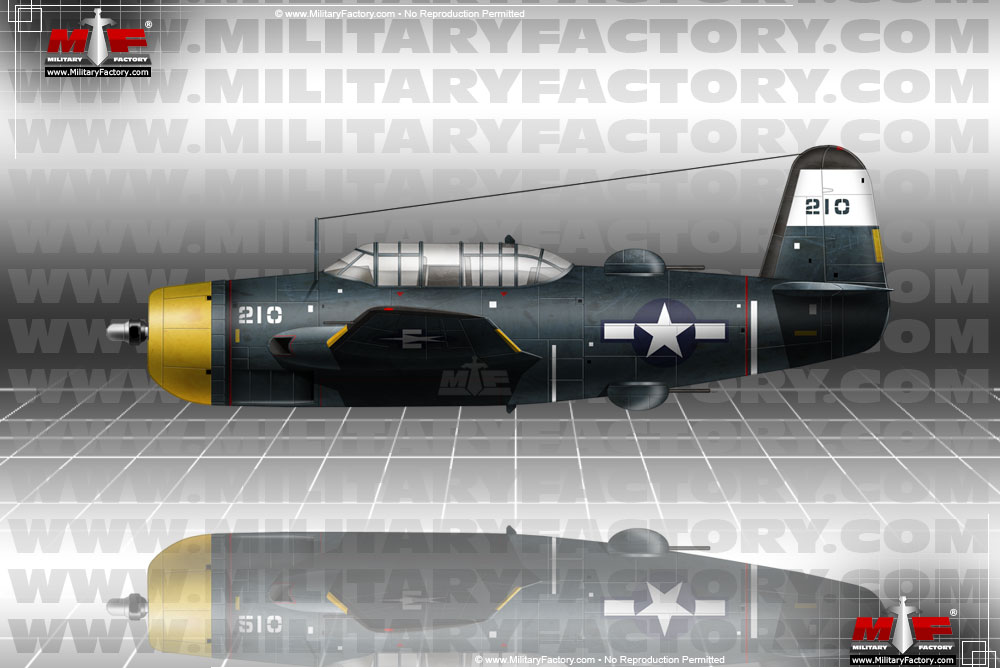