Developed around the promising Pratt and Whitney Wasp Major radial engine, the Boeing Model 376 was unsuccessfully offered to the United States Navy during World War 2.

Authored By: Staff Writer | Last Edited: 05/05/2020 | Content ©www.MilitaryFactory.com | The following text is exclusive to this site. 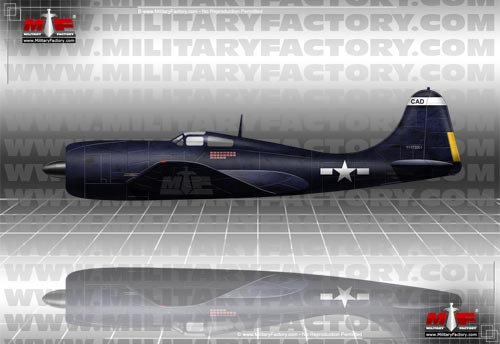 At the start of World War 2 (1939-1945), the United States Navy (USN) operated such types as the Brewster "Buffalo" and Grumman F4F "Wildcat" fighters from its inventory. Both were single-seat, single-engine platforms that reached very different levels of success: the Buffalo was labeled obsolete by the time of the Japanese attack on Pearl Harbor, Hawaii, on December 7th, 1941 and went on to see production totals reach 509 units and some foreign service while the Wildcat proved a star for its time, going on to see production reach an astounding 7,885 units before the end with service among several of the war's primary players (Britain, Canada).

After these aircraft there was significant development in the realm of carrier-based, over-water, single-seat, single-engined fighters for the USN and this included the classic Grumman F6F "Hellcat" and Vought F4U "Corsair" which became proven "ace-makers" as the war went on - particularly in the Pacific Theater. Around the start of 1943, aircraft-makers were continuously working on all-new developments to sell the USN on. For Boeing, which enjoyed some success in delivering early USN fighters during the 1920s, there was the "Model 376" which was an unsolicited private-venture attempt to secure a fighter contract with the service.

The Model 376 came about at a time when Pratt & Whitney was developing its experimental R-4360 "Wasp Major" 28-cylinder, four-row air-cooled radial piston engine. This powerful, large-displacement engine was first run in 1944 and went on to be featured in such types as the Boeing B-50 "Superfortress" heavy bomber (an advancement of the wartime B-29), the Convair B-36 "Peacemaker" combination propulsion heavy bomber, the experimental Republic XP-72 high-performance interceptor-fighter, and the Fairchild C-119 "Flying Boxcar" twin-engined transport (total production of this engine would see 18,697 units). The R-4360, with its considerable potential, was now being seen as the centerpiece of the new Boeing naval fighter offering.

As with other USN fighter entries of the wartime period, the Model 376 was to be of single-seat, single-engine design. A long, slender fuselage was drawn up with elegant lines and aerodynamic qualities to cooperate with the massive R-4360 fitted in the nose section. The wing mainplanes, of straight design with tapering shape and rounded tips, was seated low along the fuselage sides and ahead of midships for balance. The cockpit was positioned over the wings at the fuselage and also ahead of midships. The tail unit utilized a single, rounded vertical fin with low-set horizontal planes. A "tail-dragger" (two main legs and a tailwheel) undercarriage (fully retractable) would allow for ground-running and it is assumed that an arrestor hook would be fitted along the aft ventral section of the aircraft for carrier deck operations. The main legs would retract into the underside of the wings towards fuselage centerline. Another navy fighter feature built into the Model 367 were folding wings for easier storage aboard space-strapped American carriers.
Advertisements

The R-4360, outputting 3,000 horsepower, would be used to drive a large-diameter, four-bladed propeller unit at the nose with a modestly-sized spinner at center. The aircraft would incorporate a system to utilize some of the engines exhaust power for additional thrust, adding performance as a result.

Unlike the classic wartime fighters, which relied on machine gun armament as standard, the Model 367 was drawn up with 4 x 20mm autocannons showcased as two guns to a wing. The cannons were to be installed outboard of the wing hinged which allowed for the wing-folding feature. It is assumed a limited bomb-carrying capability would be designed into the Model 367 as was seen in the F6F and F4U types.

Despite its promised excellent mix of performance and firepower, the Model 376 was not furthered beyond the paper proposal. Into 1944, the USN enjoyed considerable success with its existing stock of carrier-based fighter and little to no disruption in production of these two lines was sought. As such, the Model 376 joined other would-be aircraft designs of World War 2 as nothing more than footnotes of aviation history. Boeing also drew up the Model 386 at the same time, utilizing much of the form and function of the Model 376 (including the Wasp Major radial) but this model was to sport a pair of three-bladed propellers arranged for contra-rotation for better performance at higher-altitudes. This design also fell to naught.

Even so, these design studies offer an interesting look into what might have been should the war progressed along very different lines.

The Model 376 was estimated to feature a maximum speed of over 400 miles-per-hour, a service ceiling near 35,000 feet, and range out to 1,000 miles. Structurally, it was to have an overall length measuring 39.4 feet with a wingspan reaching 53 feet. Operating weight would reach around 17,000lb.
Advertisements

(Showcased performance specifications pertain to the base Boeing Model 376 production variant. Compare this aircraft entry against any other in our database or View aircraft by powerplant type)
PROPOSED:
4 x 20mm Automatic cannons in wings (two guns to a wing). 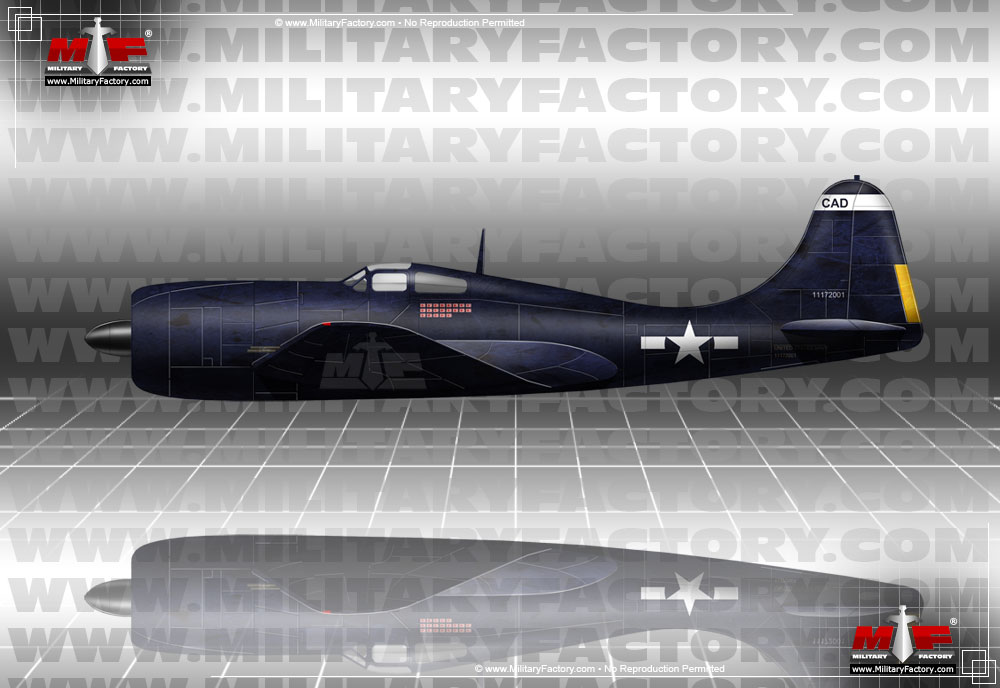