The three-seat, twin-engine Model 201 from Martin was proposed during the thick of the fighting of World War 2 - but not selected for development.

Authored By: Staff Writer | Last Edited: 03/27/2019 | Content ©www.MilitaryFactory.com | The following text is exclusive to this site. 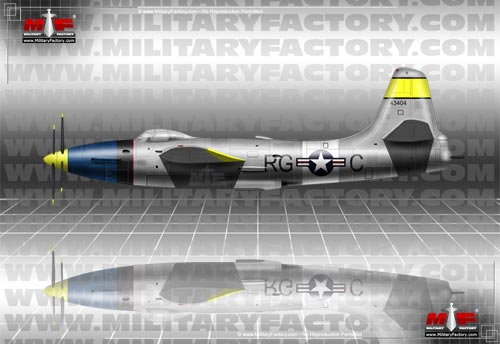 During the fighting of World War 2 (1939-1945), the prop-driven attack aircraft for the Allies reached its pinnacle as support from the air became particularly important in the drives on Rome, Berlin, and Tokyo. These multi-faceted machines were in high demand and were required against all manner of ground targets - trains, depots, ships and the like. For the United States, there proved no shortage of successful designs which included the classic Douglas A-26 "Invader" twin attacker and conversions of successful models such as the North American B-25 "Mitchell", another twin-engined type.

The Untied States Army Air Forces (USAAF) formed sizeable attack groups centered on twin-engined models supported by multiple crewmembers and broad weapon support. As the war progressed from the early stages of 1939 onwards, requirements for attackers evolved with it to the point that new designs were always being considered. In the middle of June 1943, the Glen L. Martin Company, no stranger to successful aircraft designs, drew up plans for a new USAAC attacker, the "Model 201", centered around a twin engine concept which was to seat its two powerplants inline - these driving a pair of four-bladed propellers at the nose in contra-rotating fashion.

The arrangement led to some inherent advantages in the design for the wings were not required to support dedicated engine nacelle structures, freeing these members for other vital components such as weaponry. Additionally, this allowed for reduced drag along the frontal areas of the aircraft (i.e. smaller profile), this having the potential in-built benefit of improved performance while also allowing for additional internal volume for fuel stores (made up of self-sealing fuel tanks via a "wet wing").

The engines of choice became 2 x Allison V-3420 liquid-cooled inline piston engines of 2,850 horsepower (each), experimental systems that were first run in 1937 and would go on to power the short-lived Fisher P-75 "Eagle" of the World War 2 period. Large and powerful, these units would supply considerable energy in the function of the aircraft in driving its twin propeller arrangement, securing high speeds for this rather advanced mid-sized platform.©MilitaryFactory.com
Advertisements

The fuselage was deep and rounded at its edges, contoured well for aerodynamic efficiency. At the nose sat the engines with their respective propellers fitted on individual spinner sections. The cockpit (seating two of its three crewmembers) was positioned just aft of the engines and covered by the usual framed approach popular during the time. The slender aircraft continued aft towards the tail where a single-finned rudder was fitted with low-mounted horizontal planes - these members featuring noticeable dihedral. The mainplanes were mid-mounted along the sides the fuselage, tapering towards their respective tips (which were rounded). Long-running flap control surfaces were seated at the trailing edges with ailerons carried outboard of these. The mainplanes, like the tailplanes, were given slight dihedral. For ground-running, a rather modern tricycle undercarriage (wholly retractable) would be used.

As an attacker type, the Model 201 would be outfitted with no fewer than 12 x 0.50 Browning Heavy Machine Guns (HMGs), six to a wing leading edge, giving formidable frontal firepower against any ground target. These were fixed and forward-firing installations controlled by the pilot. In place of these weapons could be 6 x 20mm autocannons, fitted as three to a wing, offering even greater firepower potential for the period. At the tail of the aircraft was proposed an emplacement for a powered turret housing 2 x 0.50 Browning HMGs to cover the aircraft's vulnerable rear (managed by a dedicated machine gunner). At the fuselage, internally, was space set aside for a modest bomb bay would carry either conventional drop ordnance or additional fuel stores (the latter for extended operational ranges). Bomb loadouts ranged from a single 4,000lb (or 4 x 1,000 pounders) weapon to 15 x 100lb drop weapons. Alternatively, for anti-ship sorties, the aircraft would be cleared to carry 2 x Mk 13-2 torpedoes. Furthermore, underwing hardpoints could support up to 18 x Air-to-surface rockets.

All this was to give the Model 201 excellent straightline performance, control and attack strength. It would be capable of assaulting all manner of targets below it through its fixed armament or drop bombs, laying waste to whatever was in its path. However, despite its promising nature, the Model 201 was not accepted (and therefore not furthered) by USAAF authorities for additional development as current in-service systems proved more than capable of seeing the war through. This led to the project being abandoned by Martin even before the end of 1943.

As designed, Martin engineers estimated their attacker to have a maximum speed of 425 miles-per-hour and reach altitudes of 23,000 feet. Rate-of-climb was near 3,100 feet-per-minute. Range (with its full war load) was 2,740 miles. Structurally, the Model 201's length would reach 63.3 feet with a span of 78 feet. Gross weight was estimated at 40,265lb.©MilitaryFactory.com
Note: The above text is EXCLUSIVE to the site www.MilitaryFactory.com. It is the product of many hours of research and work made possible with the help of contributors, veterans, insiders, and topic specialists. If you happen upon this text anywhere else on the internet or in print, please let us know at MilitaryFactory AT gmail DOT com so that we may take appropriate action against the offender / offending site and continue to protect this original work.
Advertisements

(Showcased performance specifications pertain to the base Martin Model 201 production variant. Performance specifications showcased above are subject to environmental factors as well as aircraft configuration. Estimates are made when Real Data not available. Compare this aircraft entry against any other in our database or View aircraft by powerplant type)
PROPOSED, FIXED:
12 x 0.50 caliber Browning M2 Heavy Machine Guns (HMGs) in wings (six to a wing) OR 6 x 20mm autocannons in wings (three to a wing).
2 x 0.50 caliber Browning M2 HMGs in powered tail turret.

(Not all ordnance types may be represented in the showcase above)
Hardpoint Mountings: 18

Model 201 - Base Project Designation; design brochure completed for 1943 but project work abandoned before the end of the year.

General Assessment
Firepower
Performance
Survivability
Versatility
Impact
Values are derrived from a variety of categories related to the design, overall function, and historical influence of this aircraft in aviation history.
Overall Rating
The overall rating takes into account over 60 individual factors related to this aircraft entry.
84
Rating is out of a possible 100 points.
Relative Maximum Speed
Hi: 500mph
Lo: 250mph
This entry's maximum listed speed (426mph). 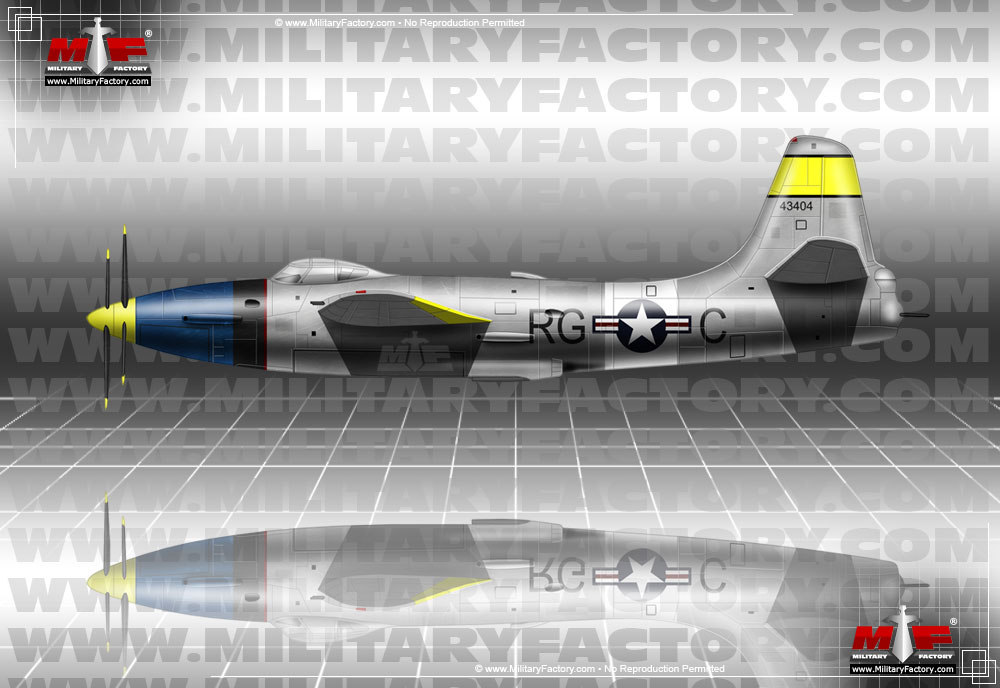