Boulton Paul drew up its P.121 project aircraft as a proposal for a potential future swing-wing based platform.

Authored By: Staff Writer | Last Edited: 03/21/2019 | Content ©www.MilitaryFactory.com | The following text is exclusive to this site. 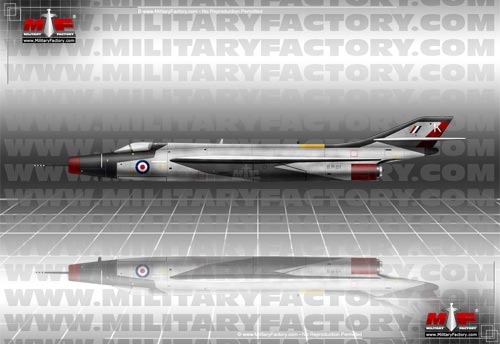 As early as 1948, British engineers were drawing up plans for aircraft to make use of variable-sweep / variable-geometry (the "swing wing"). This design of mainplane allowed a singular airframe to benefit from the capabilities of a mechanized mainplane system in which the members could fold out straight for low-speed, high-drag flight envelopes (such as landing and take-off) and sweep-back for high-speed, reduced-drag flight envelopes (general cruising, interception). Eventually this system was the featured quality of such Cold War-era types as the PANAVIA "Tornado", Grumman F-14 "Tomcat", and General Dynamics F-111 "Aardvark" (all detailed elsewhere on this site). Indeed, many-a-project was penciled out by British industry in the road that eventually led to the Tornado strike fighter itself, the P.121 project aircraft from Boulton Paul being one of them.

The proposal emerged around 1951 (the company would go defunct in 1961) and company engineers elected for a twin, side-by-side engine arrangement utilizing and afterburning turbojet engines (2 x Rolls-Royce "Avon" R.A.8 units). These would be installed within the lower-aft section of the fuselage. With its squat oblong fuselage shape (when viewed in the forward profile), the nose was cut-off (and bifurcated) to aspirate the engines installed down the length of the design. Under the forward fuselage / cockpit was a space for a single 30mm ADEN autocannon (a rather modest armament to be sure). The mainplanes were to be fitted at mid-height along the sides of the fuselage while the tail would rely on a single vertical fin mounting low-mounted horizontal planes for control. Control surfaces were to be featured at the trailing edges of both the mainplanes as well as the tailplanes in the usual fashion. The tail unit extended noticeably beyond the engine exhaust ports, which were seated along the fuselage's ventral line.

The swing-wing feature of this aircraft was to employ an "inflating tube" at the wing roots (to fill the resulting gap) when the mainplanes were fully extended. This, in turn, resulted in mainplanes that retained their sweepback at both leading and trailing edges but sweepback was reduced as a whole to encourage drag and lift. When collapsed, the mainplanes offered a much sleeker planform for cutting through the skies at-speed.

Before the end, Boulton Paul drew up two slightly different forms of its P.121 fighter - one with the swing-wing functionality and the other with fixed main members, though neither progressed beyond line drawings and whatever studies were had involving the pair.

As proposed, the P.121 was to have an overall length of 65 feet, 3 inches with a wingspan of 54 feet, 3 inches. Gross weight would reach 34,100lb. The power of 2 x Rolls-Royce Avon RA.8 reheated turbojet engines would have given the sleek aircraft a maximum speed of 887 miles-per-hour, reaching March 1.34 at altitude (around 45,000 feet).
Advertisements

(Showcased performance specifications pertain to the base Boulton Paul P.121 production variant. Compare this aircraft entry against any other in our database or View aircraft by powerplant type)
PROPOSED:
1 x 30mm ADEN autocannon under forward fuselage. 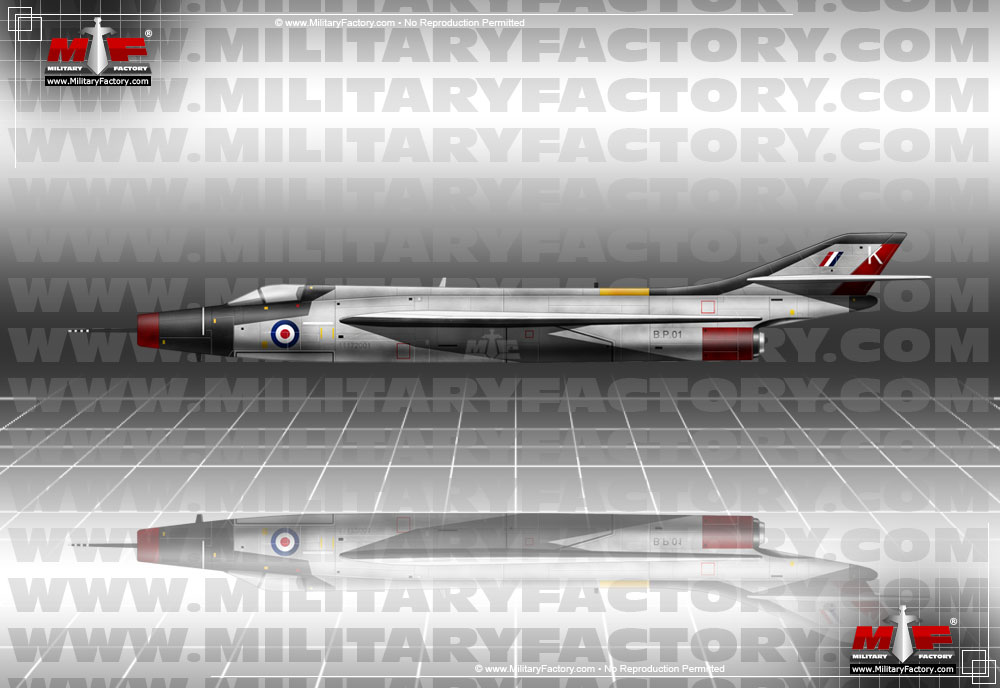