The SNCASO SO.4000 twin-jet-powered bomber project yielded just a single prototype in the immediate post-World War 2 period for France.

Authored By: Staff Writer | Last Edited: 02/28/2019 | Content ©www.MilitaryFactory.com | The following text is exclusive to this site. 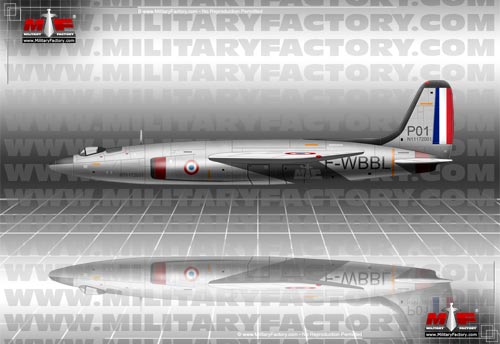 Post-World War 2 France began its focus on "all-jet-powered" bomber designs as soon as 1945 by which point any-and-all piston-powered types were forced to be abandoned. The turbojet was here to stay and the future of the combat warplane was in its hands. The French realized that it had to advance at a feverish pace to rebuild the once-proud local aero-industry that lagged considerably behind its allies in the United States and Britain.

Under this scenario, the first French design studies were being drawn up and, at the same time, the French Air Force came looking for a supersonic jet-powered heavy bomber capable of reaching speeds near 560 miles-per-hour while carrying upwards of 10,000lb of stores internally. The new design would be powered by two of the proven, readily-available British Rolls-Royce "Nene" turbojet engine. The two French aero-concerns of SNCAC and SNCASO were given development contracts to cover such a design in March of 1946 and each company was to produce two flyable prototypes to prove their respective designs sound.

While SNCAC pursued its NC.270, SNCASO moved ahead with its "SO.4000" (the M.1 and M.2 were also covered under the contract as experimental scale model test aircraft).

In the SO.4000, the aircraft was given an oval-shaped, slim fuselage that was smoothly-contoured and elegantly tapered at both its ends. The cockpit was set at the absolute nose of the fuselage and housed its two crewmen while the tail was capped by a rounded vertical fin which carried its two horizontal planes low. The tandem-seat cockpit would include such features as ejection-seats (complete with life-saving armoring), complete pressurization for flying at high altitude, and an advanced navigation/radar/communications suite. The mainplanes, positioned near midships and mid-mounted, were given sweepback for the high-speed performance expected of the bomber. The twin-engine, side-by-side installation (comprised of 2 x Rolls-Royce Nene 102 turbojets of 5,000lb thrust each) was aspirated by rather slim intakes set along the forward fuselage sides with long-running ductwork reaching the engines within. The bomb bay (cleared for up to 11,000lb of bombs) was positioned in the belly of the aircraft while fuel stores were mounted above it. The undercarriage configuration was an "unconventional" tricycle arrangement (completely retractable) in which the main legs were, not only doubled under the fuselage, but seated inline (tandem). The nose leg retracted under the cockpit floor as usual.
Advertisements

While still under construction, the original tandem-seat cockpit was reworked to a back-to-back seating arrangement now covered by a "bubble-style" canopy. The nose section was reworked in this way to allow the now-shrouded nose cone to incorporate a radar fit.

It was envisioned, for the finalized bomber form, that the SO.4000's design would eventually include defensive armament in the form of a pair of cannon barbettes each mounting 2 x 15mm MG151 autocannons at rear-facing wingtip pods. These would be radar-directed from the cockpit by the second crewman but were never developed nor installed on the completed, flyable prototype.

The future for this French-inspired jet bomber was already murky in 1947 when it was decided to not pursue serial production of the design. The M.1 glider form was air-launched on September 26th, 1949 while the M.2 recorded its first-flight some time earlier on April 13th of that year. The SO.4000 would have to wait until March 5th, 1950 just to be unveiled and, during taxiing tests on April 23rd, its awkward and fragile undercarriage was damaged. Its first-flight finally arrived on March 15th, 1951 but, again, the undercarriage proved an inherent weak point in the design and was damaged once more upon landing. Beyond this single flying experience, the SO.4000 never took to the skies again and was ultimately given up for good.

Other ideas on the base design of the SO.4000 were entertained and would go on to involve a dedicated reconnaissance variant (which was to do away with the bombing capability altogether), a proposed "all-weather fighter" (which was interesting considering the size of the bomber itself), and a possible switch to the Rolls-Royce "Avon" or Armstrong Siddeley "Sapphire" turbojet engines to exact additional performance for the once-promising design.

France (cancelled)
(OPERATORS list includes past, present, and future operators when applicable)
✓ Ground Attack (Bombing, Strafing)
Ability to conduct aerial bombing of ground targets by way of (but not limited to) guns, bombs, missiles, rockets, and the like. ✓ X-Plane (Developmental, Prototype, Technology Demonstrator)
Aircraft developed for the role of prototyping, technology demonstration, or research / data collection.

PROPOSED (OPTIONAL):
Up to 11,000lb of internally-held stores in the form of conventional drop bombs.

General Assessment
Firepower
Performance
Survivability
Versatility
Impact
Values are derrived from a variety of categories related to the design, overall function, and historical influence of this aircraft in aviation history.
Overall Rating
The overall rating takes into account over 60 individual factors related to this aircraft entry.
70
Rating is out of a possible 100 points.
Relative Maximum Speed
Hi: 750mph
Lo: 375mph
This entry's maximum listed speed (528mph). 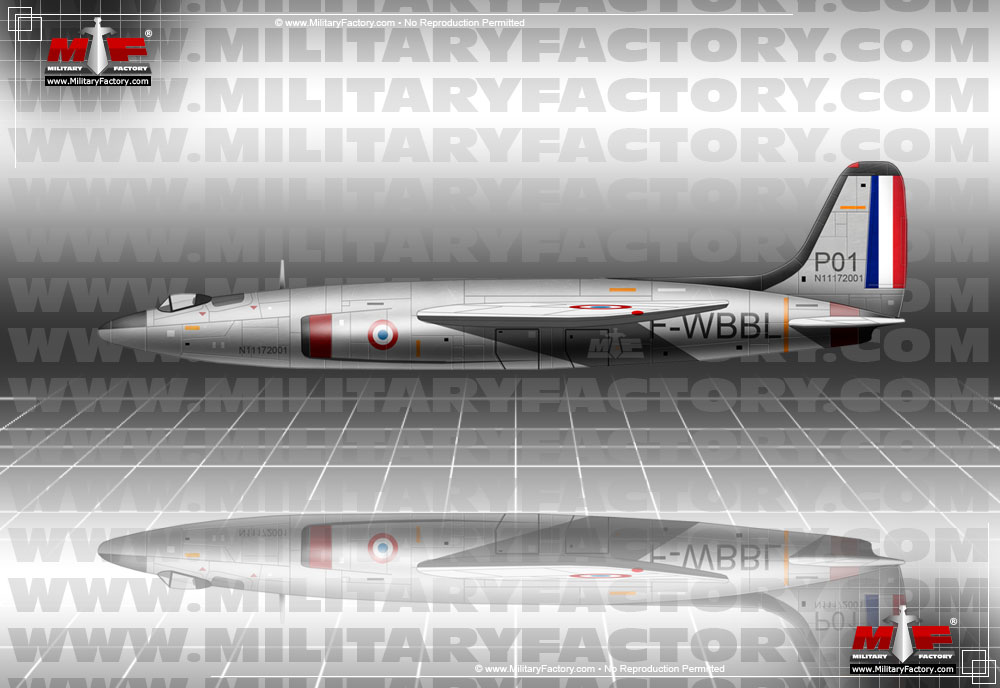