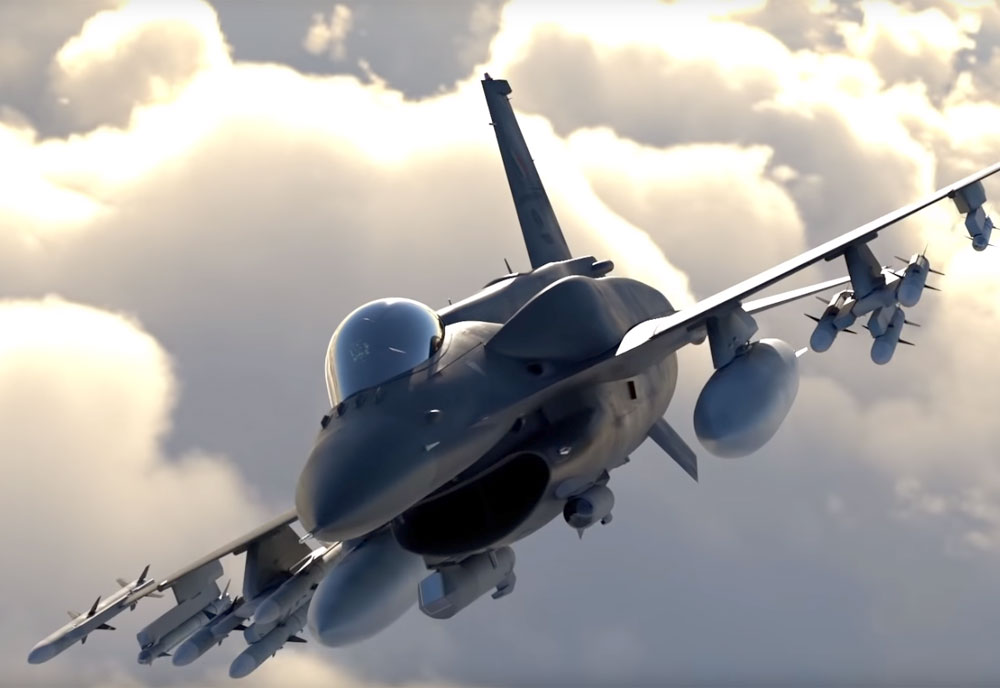 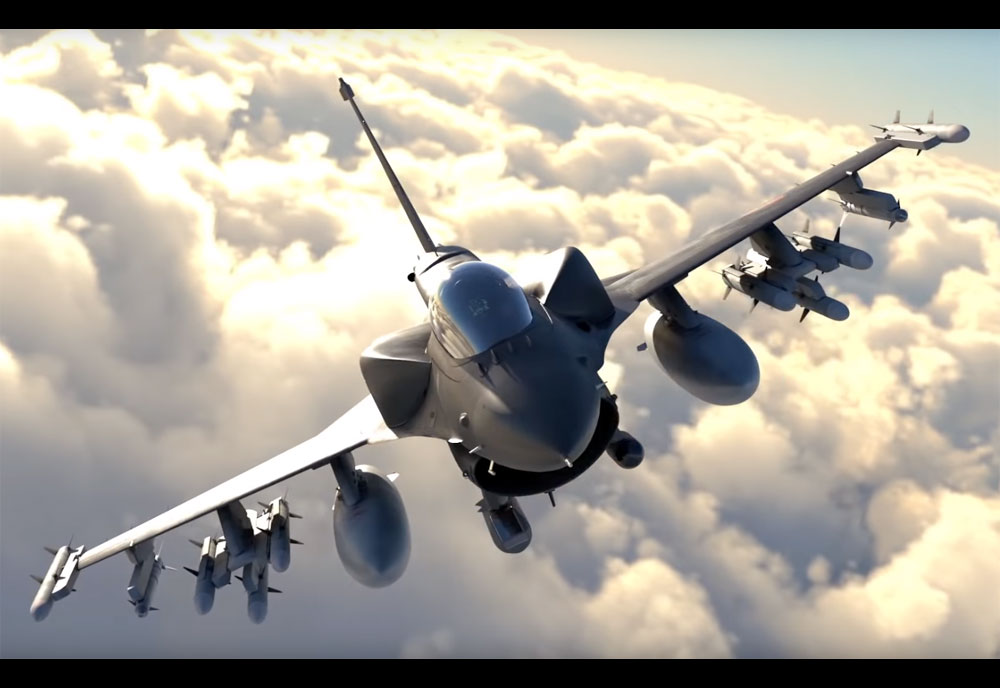 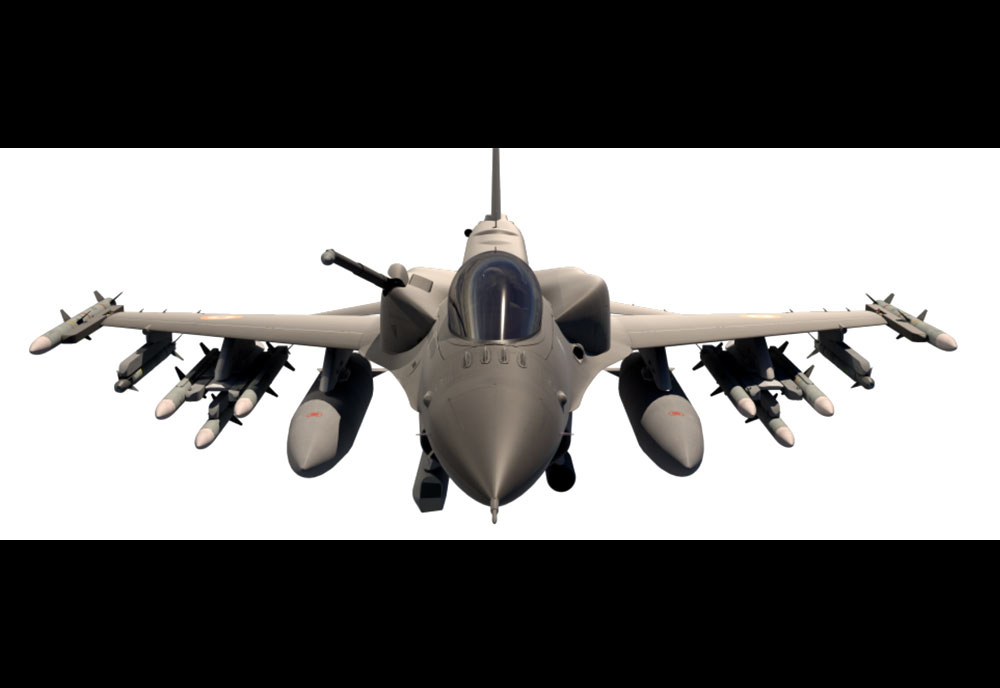 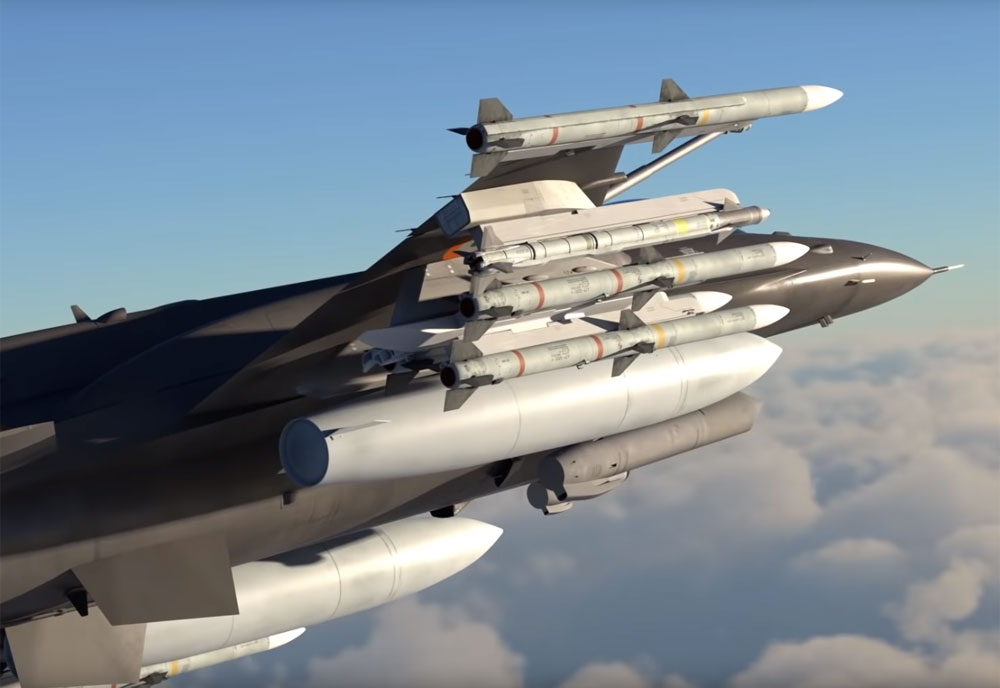 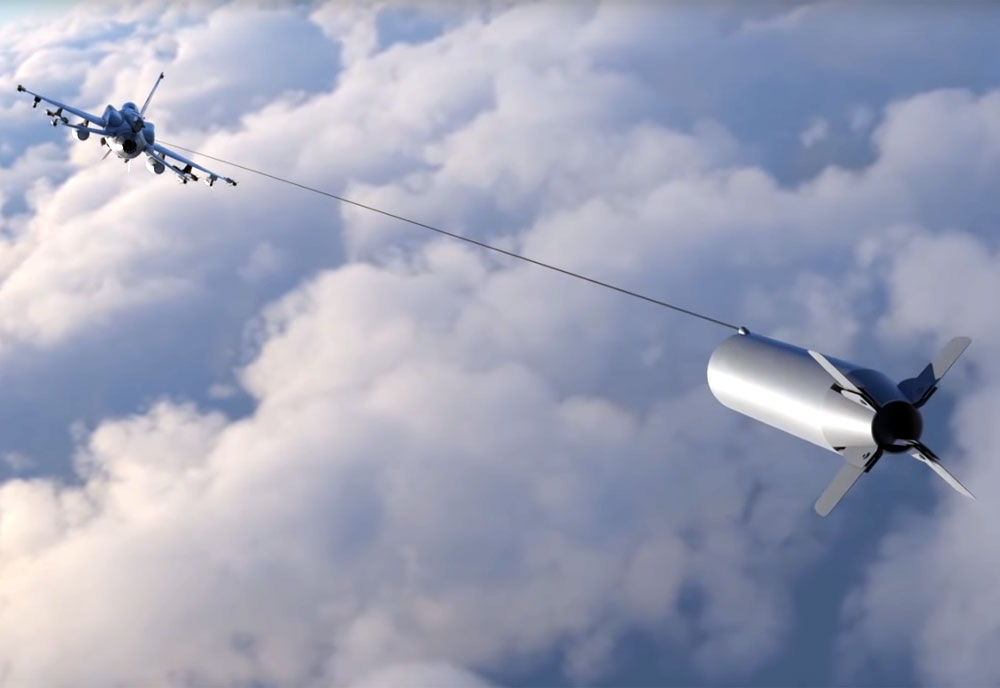 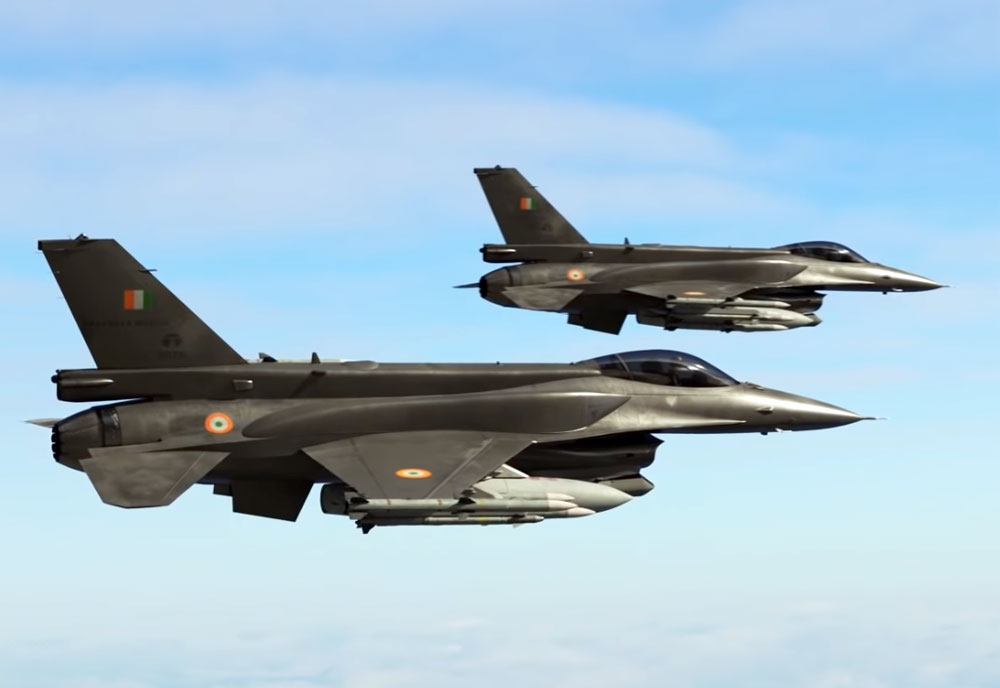 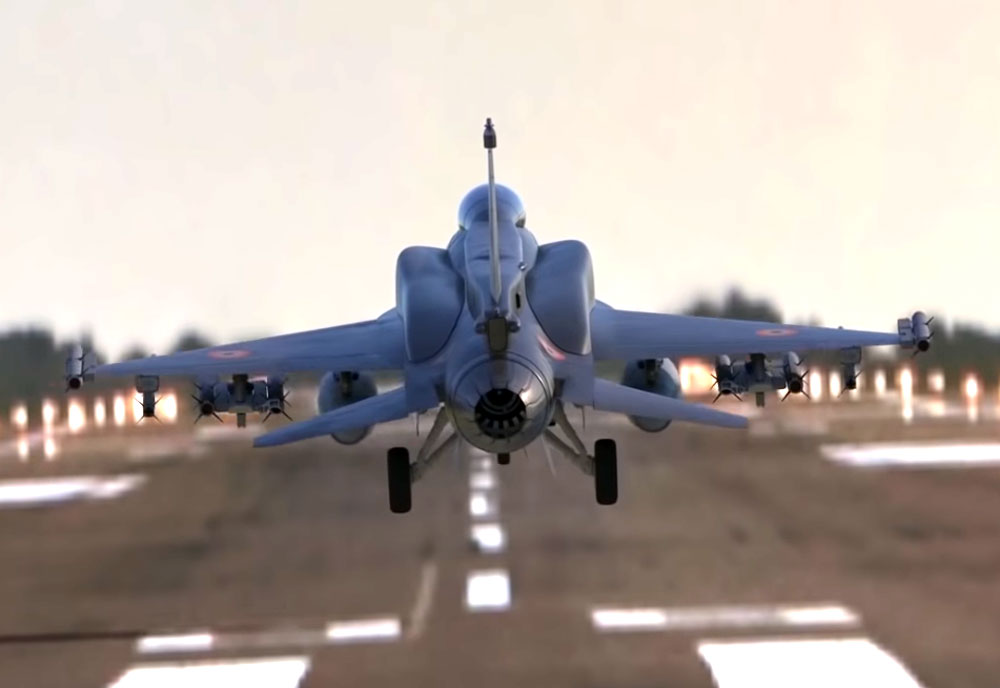 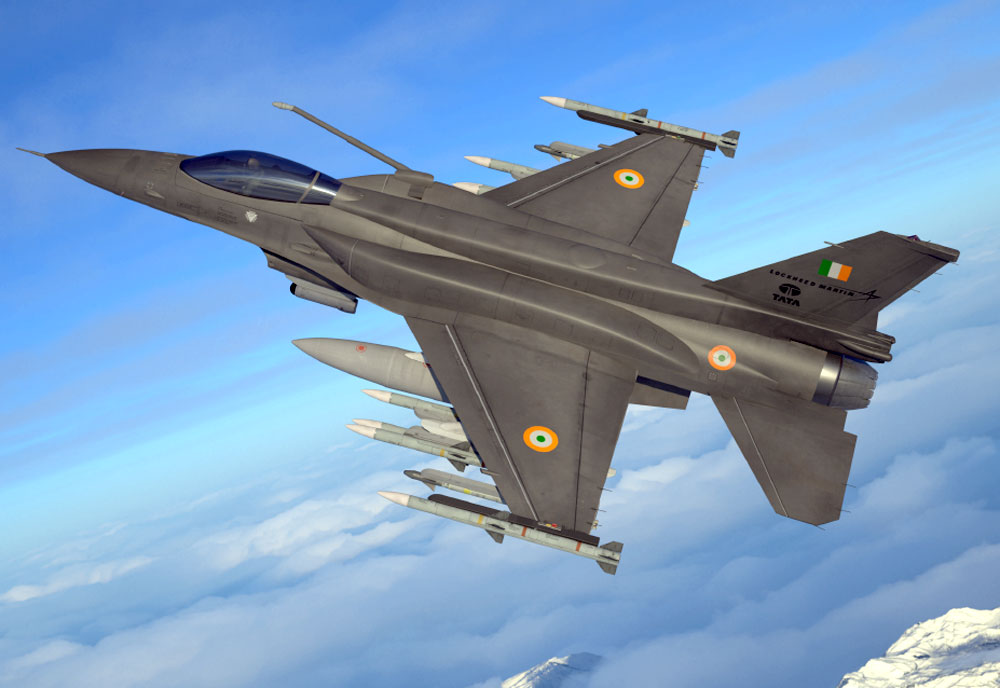 Authored By: Staff Writer | Last Edited: 03/30/2021 | Content ©www.MilitaryFactory.com | The following text is exclusive to this site.
The F-21 is an advanced version of the F-16 "Fighting Falcon" multirole fighter being offered by Lockheed Martin to fulfill a standing Indian Air Force (IAF) requirement covering some 110 total fighters. The aircraft is a direct offshoot of the Fighting Falcon line but a considerable evolution of the family, incorporating all-modern qualities and enhanced performance and capabilities. The aircraft is being touted alongside a local-production initiative to have the fighters built in India (falling under the national battle cry of "In India, For India") with Lockheed Martin partnering with the local Indian concern of Tata Advanced Systems (TAS)

Lockheed had previously offered the IAF its F-16IN (Block 70) Fighting Falcon model - the F-21 replaces this bid. Key competitors in the 110-strong IAF fighter bid is the American Boeing F/A-18 "Super Hornet", the French Dassault "Rafale" (of which India has already contracted for in another requirement), the Euro-centric Eurofighter "Typhoon", the Swedish Saab JAS 39E/F "Gripen", the Russian Mikoyan MiG-35 "Fulcrum" (Indian already operates the older MiG-29), and the Russian Sukhoi Su-35 "Flanker" (Indian already operates the Su-30 mark). Certainly siding with an existing design (like those offered from Mikoyan and Sukhoi - under the United Aircraft Corporation (UAC) umbrella) would ease logistics for the service in the long-run and continue evolving the Indian-Russian military relationship - but all are capable 4.0th/4.5th Generation fighter mounts in their own right.

As proposed, the F-21 sports no fewer than three underwing hardpoints to a wing mainplane member with the two most internal pairing plumbed for jettisonable fuel tanks (increasing operational ranges). Wingtip missile hardpoints from the original F-16 are retained in the F-21's design and these further support the AIM-120 AMRAAM (Advanced, Medium-Range Air-to-Air Missile). Another key addition is the "triple-launcher" shown equipped with three AMRAAMs each at the center underwing hardpoints - this translates to ten total Air-to-Air Missiles (AAMs) carried aloft at any one point: 8 x AIM-120 AMRAAMs and 2 xAIM-9 "Sidewinder" short-ranged AAM types. Under the fuselage are several reserved hardpoints points for various mission supporting pods used in targeting, search, tracking, and engagement actions.

Over the dorsal spine of the aircraft is an equipment fairing and to either side of the spine are conformal fuel tank fairings (another feature increasing the aircraft's operational range at the expense of more drag). The retractable fuel probe, a key requirement from the IAF, is set to the starboard side, emerging from the right-hand-side conformal fairing. As shown in Lockheed marketing videos, the F-21 would be able to deploy a decoy unit behind it increased survivability against inbound missile threats. The nose is set to house an Active, Electronically-Scanned Array (AESA) radar fit common to most modern aircraft types today, giving superior search-and-track functionality from the cockpit and aiding in weapons management and control. More so, some of the technologies developed for the 5th Generation Lockheed F-22 "Raptor" and F-35 "Lightning II" programs of the United States Air Force are said to figure into making the F-21 an advanced, modern solution for the upgrading IAF - all this atop the proven, storied airframe that is the F-16 Fighting Falcon (originally a General Dynamics product of the 1970s).

Inside the aircraft, a large-area, full-color touchscreen display will dominate the instrument panel and other expected features, such as pressurization and a Zero-Zero ejection seat would figure into the design. The IAF would be seeking both single-seat and twin-seat aircraft types in the order.

What is retained from the original F-16 Fighting Falcon is the nose-mounted radar fit, wide-view canopy, single engine installation (limiting survivability and range but lowering complexity and cost), the oval-shaped underfuselage intake, and single-finned tail unit. Large ventral strakes seen under the tail section add stability and control, enhancing attack angles. For landing, a brake chute would be deployed to considerably retard the approaching aircraft's runway roll atop its tricycle undercarriage.

Like other aircraft for this IAF bid, the F-21 remains a potent candidate. The IAF is seeking to supplant an aging fleet of MiG-21 and MiG-27 fighters/strike fighters with a single foreign solution that can be built locally in budget. At least 85% of the complete fleet of new aircraft would have to be constructed on Indian soil.

(Not all ordnance types may be represented in the showcase above)
Hardpoint Mountings: 11 (including wingtips).
Mounting Points 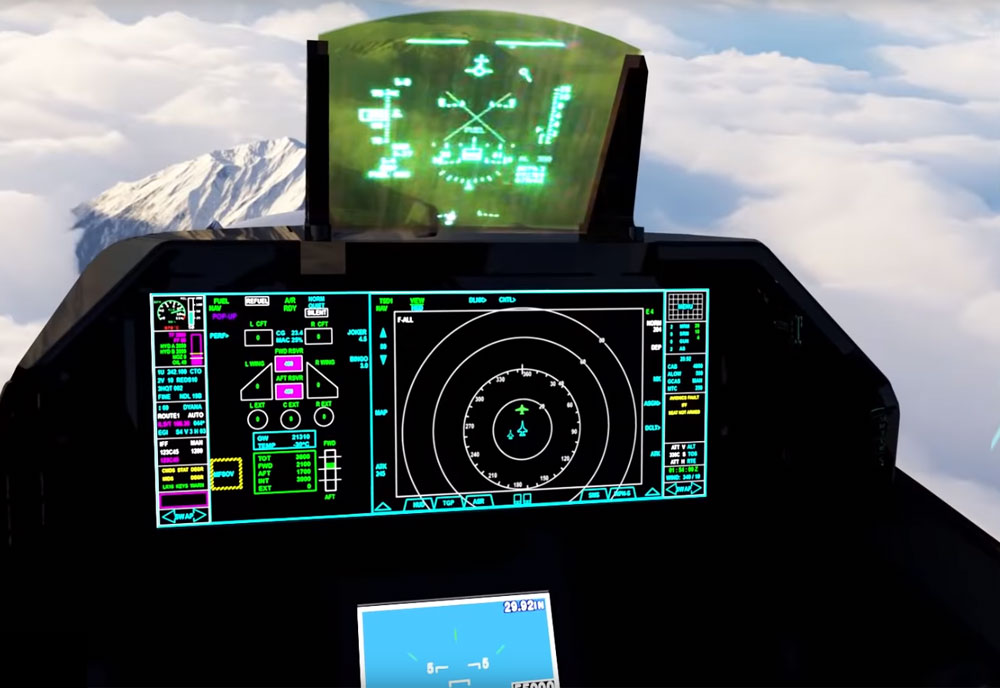 Values are derrived from a variety of categories related to the design, overall function, and historical influence of this aircraft in aviation history.
Overall Rating
The overall rating takes into account over 60 individual factors related to this aircraft entry.
76
Rating is out of a possible 100 points.
Relative Maximum Speed
Hi: 1400mph
Lo: 700mph
This entry's maximum listed speed (1,317mph).