The SNCAC NC.1071 was a direct offshoot of the earlier NC.1070 intended for the French Navy - the inclusion of jet engines could not save it from being abandoned.

Authored By: Staff Writer | Last Edited: 02/25/2019 | Content ©www.MilitaryFactory.com | The following text is exclusive to this site. 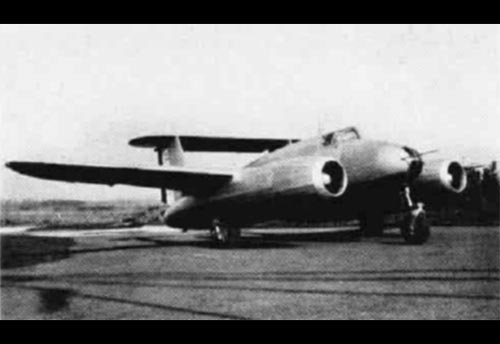 The underpowered nature of the earlier NC.1070 forced SNCAC designers to revise their proposed carrierbased strike platform through other means. This led engineers to replace the Gnome-Rhone piston-driven engines with a pair of Rolls-Royce "Nene" turbojet engines of 5,000lb thrust each. The form-and-function of theNC.1070 remained largely intact for only those changes centered around the new engine installation was all that differed in the upcoming "NC.1071". Incidentally, this Rolls-Royce engine pairing made the NC.1071 the first French-originated aircraft to feature multiple jet powerplants in its propulsion scheme.

The twin-boom design was still at the heart of the revised aircraft, combining a centralized nacelle with straight-lined monoplane wings, a twin-boom tail unit, and a singular horizontal plane at rear. The length required of the Nene engines meant that each unit was to sit well-forward in their nacelles, giving the NC.1071 a most ungainly appearance. The jets also required the addition of exhaust ports at the extreme end of the tailbooms which, in turn, led to the deletion of the lower horizontal plane section (leaving just the upper stabilizer in place). Another deletion from the original design was the loss of the rear powered turret - a glazed-over observer's position now fitted in its place.

In this guise, the NC.1071 flew for the first time on October 2th, 1948 and it seemed that the performance issues encountered in the earlier NC.1070 were finally ironed out. Handling was also deemed rather strong by her test pilots. Like the NC.1070, however, the NC.1071 was eventually damaged during a test. this on July 27th, 1949. The aircraft was repaired to continue her flying phase and, after major structural issues emerged, the aircraft was again repaired and now refined to continue flying. She was damaged, once-again, on May 8th, 1951 and this was about all that was had from the remainder of the program for cancellation soon followed.

The NC.1071 line also included studies in an all-weather fighter form that was the "NC.1072" and an attack bomber, the "NC.1073". Neither was furthered.
Advertisements

(Showcased performance specifications pertain to the base SNCAC NC.1071 production variant. Compare this aircraft entry against any other in our database or View aircraft by powerplant type)
PROPOSED (Standard):
2 x 20mm MG151 autocannons in nose.

PROPOSED (Optional):
Support for up to 4,410lb of drop bombs or aerial torpedoes. 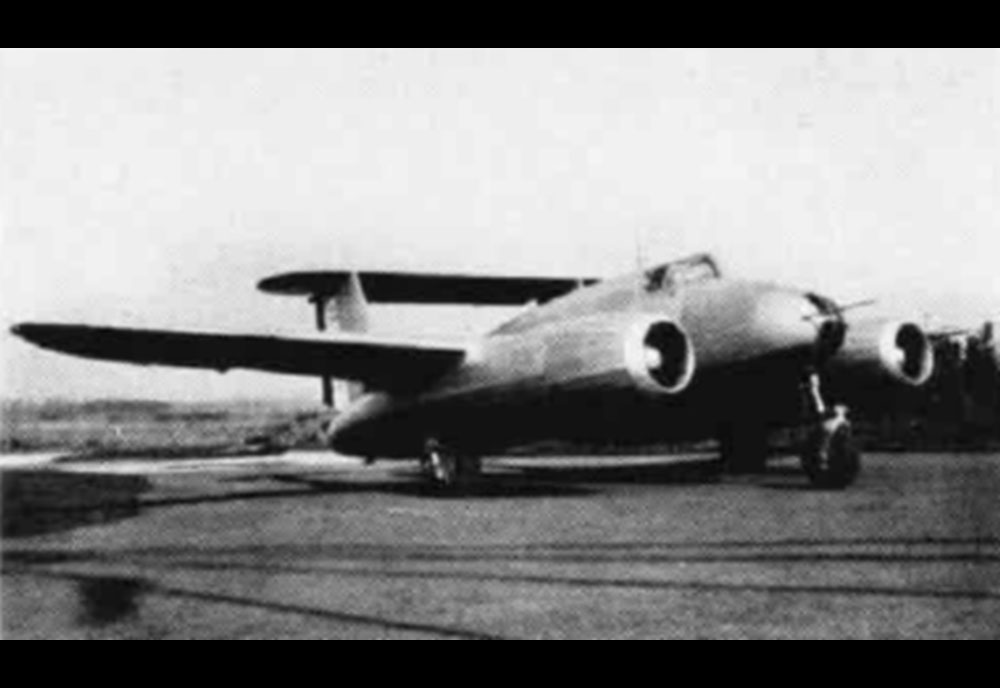