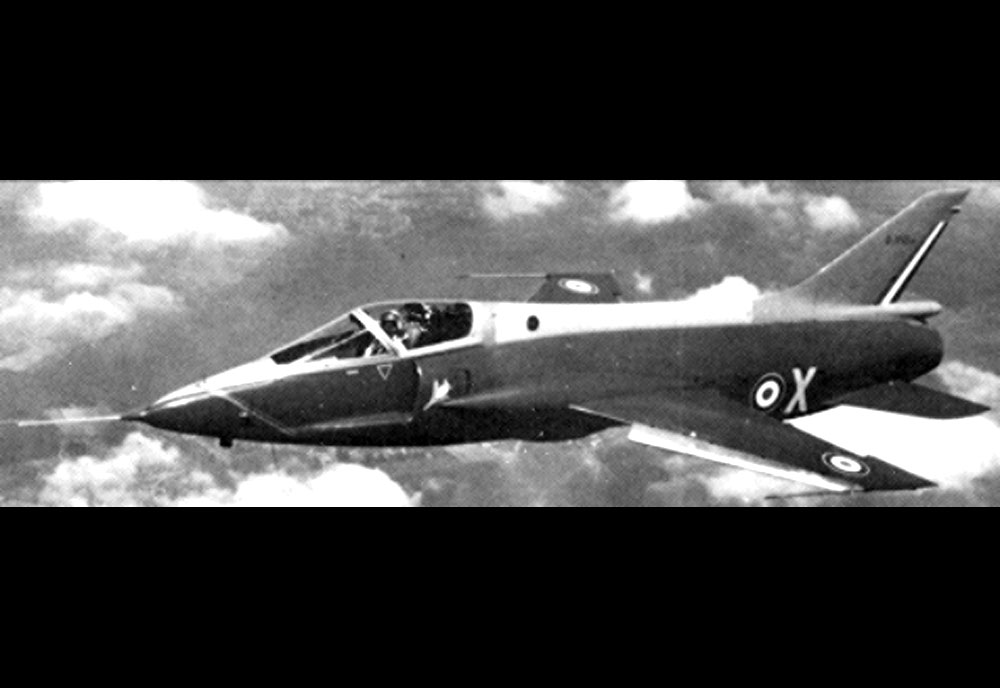 Two flyable prototypes were completed for the Breguet Br.1001 Taon program - which envisioned a lightweight strike fighter for NATO forces across Europe.

Authored By: Staff Writer | Last Edited: 09/27/2019 | Content ©www.MilitaryFactory.com | The following text is exclusive to this site.
NATO was formed in 1949 primarily to counter the rising threat of the Soviet Union in Europe and elsewhere. With a diverse mix of nations within its ranks, it was thought that common military equipment was required should the Cold War ever have gone "hot" - particularly for its European players. As such, the "Light Weight Strike Fighter" was established to promote a "common" economical lightweight strike fighter aircraft to be used amongst major European NATO participants. The Breguet Br.1001 "Taon" was one of the entries into the crowded field - though both the initiative and aircraft were ultimately abandoned before the end.

The official initiative sprung up in 1953 and a plethora of aircraft-makers were brought into the fold to see the program through. Among these was Breguet, a French firm established back in the pre-World War 1 days of 1911 by Louis Charles Breguet. With an exceptional history in delivering both peacetime and wartime aircraft of various sizes and weights, the company - which had been contracted to produce three prototypes for the new program - seemed in good position to deliver a winner for NATO.

The general concept behind a lightweight strike fighter was in ease-of-operation as well as cost-effectiveness - making it readily available for any and all NATO players should the need arise. The company began by downsizing its existing Br.1100 from its twin-engine configuration to a single-engine format which aided in bringing down complexity and cost. The original "paper" design would change considerably before the physical specimen was to emerge: the stout body of the first iteration eventually gave way to a slimmer, more modern and aerodynamically-refined form consistent with 1950s fighter thinking while the single-finned tail unit was retained from the original. The wing mainplanes, while swept in both the earlier and later designs, were made much slimmer in the latter and raised to near-shoulder height. To these members (featuring 43-degree sweepback) were also added leading edge slats and trailing edge flaps for enhanced controlling. The cockpit was retained at the nose aft of a short nosecone assembly and fully-armored against ground fire as well as having a Martin-Baker ejection seat system in place. For ground-running, a conventional (though reinforced for rough-field landings and take-offs) tricycle undercarriage would be featured.

With construction started in November of 1956, the finalized Br.1001 prototype emerged for a first-flight on July 25th, 1957 with a French-centric instrument panel in place. A second aircraft was added to the development program in time and made it to the air on January 18,1958 - this one further modified with a NATO-style instrument panel and slightly lengthened fuselage as well as other more subtle improvements.

The completed aircraft had a running length of 38.3 feet, a wingspan of 22.3 feet, and a height of 12.1 feet. Gross weight reached 11,025lb. Power was from a single Bristol Siddeley "Orpheus" B.Or.3 series turbojet engine outputting 4,850lb of thrust, propelling the prototype to recorded speeds of 742 miles-per-hour. Attention was paid to the general maintenance of this for ground crews - the unit able to be replaced in under an hour's worth of work. Refueling would be done within minutes.

The Taon joined a healthy stable of players for the NATO requirement - but none ultimately fulfilled the role as NATO dropped its "common" European strike fighter need altogether. Designs left in the lurch joining the Taon were the Italian Aerfer "Ariete", the French Dassault Etendard VI, the Italian FIAT G.91, the American Northrop Grumman F-5 "Tiger", and the French Sud-Ouest "Baroudeur" (all detailed elsewhere on this site).

Despite this, and for its time in the air, the Taon managed to secure an international speed record on April 25th, 1958 when it flew at 650.36 mph at 25,000 feet. This was followed with a second record-setting outing as the compact aircraft reached a speed of 667.98 mph - proving to the world that the French aero-industry had fully-recovered from its dark days of World War 2 (1939-1945).

For all the time and energies sunk into the Br.1001 Taon program, however, there was little return-of-investment. The second prototype found its way to the inventory of the Musee de l'Air though the first prototype was stripped of all its usefulness and scrapped.

Values are derrived from a variety of categories related to the design, overall function, and historical influence of this aircraft in aviation history.
Overall Rating
The overall rating takes into account over 60 individual factors related to this aircraft entry.
72
Rating is out of a possible 100 points.
Relative Maximum Speed
Hi: 750mph
Lo: 375mph
This entry's maximum listed speed (746mph).