The CL.V marked the last of the Hannover CL biplane fighters to achieve operational service during World War 1. 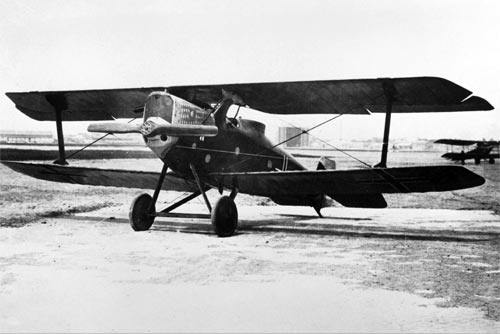 The final fighter entry by the Hannoversche Waggonfabrik AG (Hannover) concern of Germany for the German Air Service during World War 1 (1914-1918) became the "CL.V". The aircraft was a further development of the two-seat CL.III biplane which, itself, was an evolution of the first twin-seat CL.II biplane product of 1917 (both detailed elsewhere on this site). The CL.V mark arrived in the war's final months and, therefore, would have a very limited impact on the outcome - production would total only about 120 units with many arriving after the Armistice of November 1918 had already been signed.

Even as the CL.II and CL.III forms were making their way to fighter squadrons for Germany, German authorities were on the lookout for an Allied fighter-killer. Work on a successor was underway by mid-1918, just months before the war would officially end. What was sought was a stable, highly-capable gunnery platform utilizing a crew of two, having excellent maneuverability/agility, and heightened performance with good diving capabilities. All told, this mount would outshine anything the Allies could get into the air to face it and (hopefully) work to change the tide of the air war in Germany's favor. Standard armament was to be twin forward-facing machine guns with a trainable rear-facing machine gun giving the aircraft optimal firepower for the role.

Hermann Doner of Hannover drew up a new fighting biplane along these lines, utilizing all the lessons learned from his previous attempts through the CL.II and CL.III. Powered by a BMW IIIa series engine of 186 horsepower, the aircraft was designated as the "CL.V" and this would become the company's last attempt at a fighter before the end of the war (pre-war the company was tied to the railway industry and was not an aeroplane maker).

Engineers went with an equal-span biplane wing configuration featuring single bays and single "I-plane" struts. The upper wing member sat close to the fuselage with a section of the trailing edge cut-out at the pilot's position helping to improve visibility some. The engine was positioned in the nose in the usual way and this served to drive the two-bladed propeller unit. The crew of two were seated in tandem with the pilot forward and gunner aft - the gunner's position was, as in the CL.II and CL.III before it, again raised for optimal firing angles. The tail unit originally incorporated the CL.II's biplane configuration but the production form adopted a more traditional single-finned unit. The undercarriage was of typical tail-dragger configuration for the period, involving wheels under center-forward mass and a simple skid under the tail.

The CL.V compared favorably to other similar fighter types of the day, including the famous Fokker D.VII, despite its twin-seat configuration. Authorities were sold on the design enough to order an initial production batch of 100 aircraft (these with single-finned tail units) in September of 1918. However, the Armistice of November 1918 arrived much too soon for the effort to gain traction and only about forty-six or so of the fighters were completed - none destined to reach the Front before the end.

Even so, Hannover continued serial production of the fighter under the limitations of the Armistice during the ensuing months and this resulted in a further sixty-two fighters being added to the stable. At least one, following weight-reduction modifications, went on to achieve a World Altitude Record of 27,362 feet during November 1919.

Beyond this, fourteen CL.V fighting biplanes were produced under license by Kjeller Flyvemaskinsfabrik of Halden, Norway in 1923 for service with the Norwegian Army Air Service where they were designated as Kjeller FF.7 "Hauk" ("Hawk"). These flew into 1929, some equipped with skis for ground-running on snow, before being replaced by more modern, advanced types.©MilitaryFactory.com
Note: The above text is EXCLUSIVE to the site www.MilitaryFactory.com. It is the product of many hours of research and work made possible with the help of contributors, veterans, insiders, and topic specialists. If you happen upon this text anywhere else on the internet or in print, please let us know at MilitaryFactory AT gmail DOT com so that we may take appropriate action against the offender / offending site and continue to protect this original work.
Advertisements

(Showcased performance specifications pertain to the base Hannover CL.V production variant. Performance specifications showcased above are subject to environmental factors as well as aircraft configuration. Estimates are made when Real Data not available. Compare this aircraft entry against any other in our database or View aircraft by powerplant type)
2 x 7.92mm MG08 machine guns in fixed, forward-firing mountings and synchronized to fire through the spinning propeller blades.
1 x 7.92mm MG14 Parabellum machine gun on trainable mounting in rear cockpit.

General Assessment
Firepower
Performance
Survivability
Versatility
Impact
Values are derrived from a variety of categories related to the design, overall function, and historical influence of this aircraft in aviation history.
Overall Rating
The overall rating takes into account over 60 individual factors related to this aircraft entry.
66
Rating is out of a possible 100 points.
Relative Maximum Speed
Hi: 120mph
Lo: 60mph
This entry's maximum listed speed (115mph). 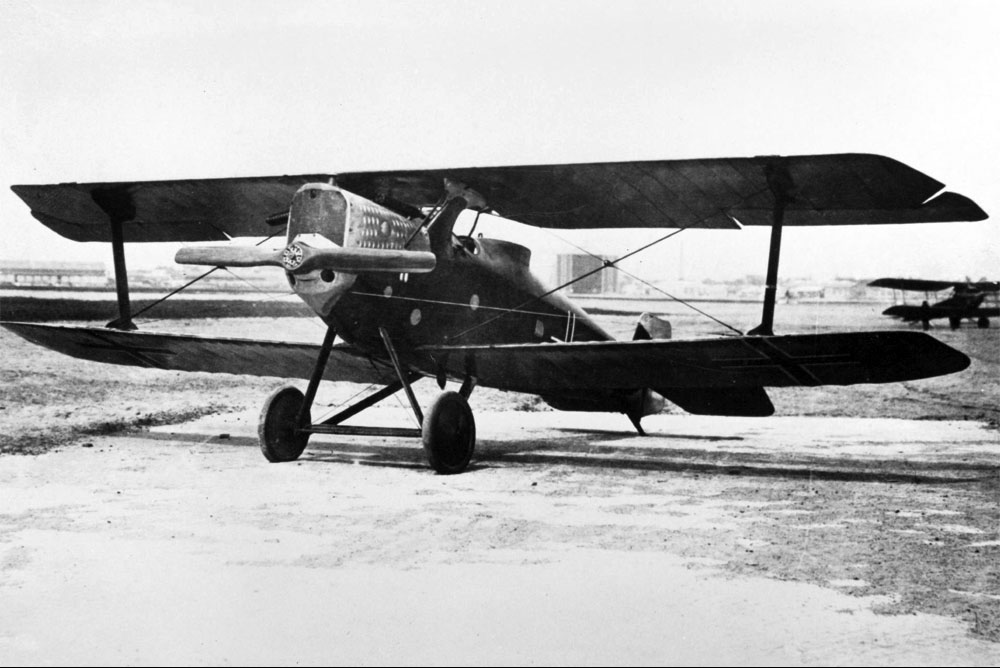