The Hannover CL.III was a direct evolution of the earlier CL.II and saw production figures exceed 600 units in all. 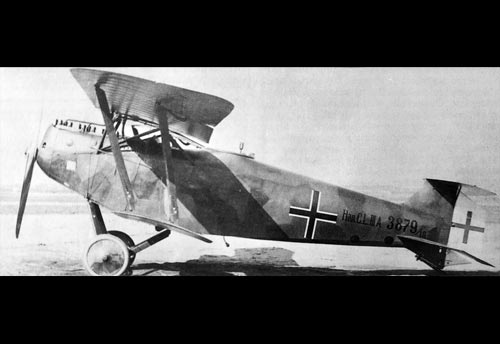 Even as the CL.II (detailed elsewhere on this site) by Hannoversche Waggonfabrik AG was making its way to German squadrons during World War 1 (1914-1918), the company was already evolving the design under the designation of "CL.III". The engine-of-choice switched from the original's Argus As.III of 180 horsepower to the proven Mercedes D.III water-cooled engine of 160 horsepower - the change promising greater performance power at altitude. Several measures were also enacted to reduce the type's operating weight and various sections were reinforced or revised. The resulting biplane fighter saw total production reach 617 units with the German Empire and some post-war use was had by the nations of Latvia and the newly-founded Soviet Union.

The aircraft carried over other established qualities of the CL.II that came before it: the unequal-span biplane wing members (single bay, parallel struts), tail-dragger undercarriage, and tandem seating for its crew of two (pilot in front, gunner/observer at the rear). Armament was increased from two 7.92mm machine guns (one forward, one aft) to three machine guns: 2 x 7.92mm machine guns now featured at the rear cockpit emplacement.

The CL.III was approved on February 23rd, 1918 and a serial production order for 200 units then followed by the German Air Service with first-deliveries tagged for March of that year. However, there proved a shortage of the in-demand Mercedes D.III engines which resulted in just eighty of the aircraft featuring entering service with this powerplant - the remainder were equipped with the original Argus As.III of 180 horsepower and these became the "CL.IIIa" in service. The engines were license-built by Opel and designated "As.III(O)" to mark the origin.

With this engine in place, the aircraft could manage a maximum speed of 103 miles-per-hour, reach an altitude of 24,600 feet, and climb at 620 feet-per-minute while holding a mission endurance of three hours.

The CL.IIIa proved itself the definitive production mark of the series, seeing combat service from entry in April 1918 up until the end of the war in November of 1918 (the 'Armistice') - though by this point the capable fighters were being used in the ground-attack role to help delay Allied advances. At least one other designation emerged as the "CL.IIIb" and this was to feature the NAG C.III engine of 185 horsepower. For this work, a single experimental model, the "CL.IIIc", was to serve as a testbed while also sporting a two-bay biplane wing arrangement.

Despite the signing of the Armistice of 1918 to end the war in full, Hannover continued serial production of the aircraft for a short time later, adding another 100 CL.III and another 38 CL.IIIa forms.
Advertisements

General Assessment
Firepower
Performance
Survivability
Versatility
Impact
Values are derrived from a variety of categories related to the design, overall function, and historical influence of this aircraft in aviation history.
Overall Rating
The overall rating takes into account over 60 individual factors related to this aircraft entry.
74
Rating is out of a possible 100 points.
Relative Maximum Speed
Hi: 120mph
Lo: 60mph
This entry's maximum listed speed (103mph). 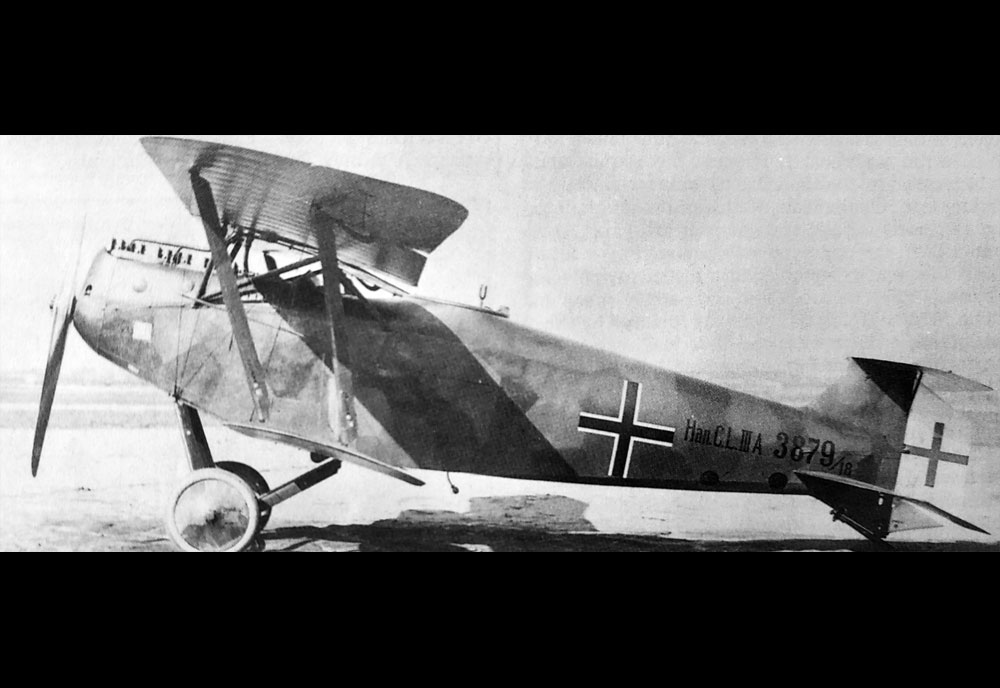