The Su-70 Okhotnik-B is being developed by Sukhoi of Russia as a heavy-class, jet-powered UCAV with reconnaissance capabilities.

Authored By: Staff Writer | Last Edited: 05/18/2022 | Content ©www.MilitaryFactory.com | The following text is exclusive to this site. 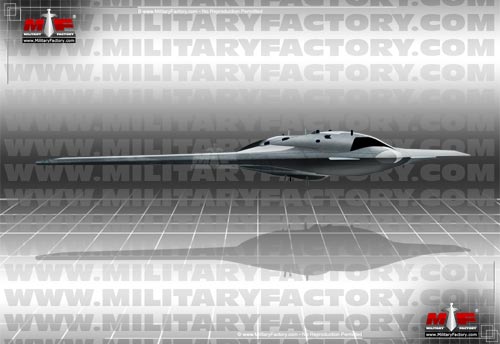 Russia's first notable entry into the heavy-class Unmanned Combat Air Vehicle (UCAV) realm appears to be the 6th Generation-minded Sukhoi Su-70 "Okhotnik-B" ("Hunter-B"). Images of the completed form surfaced in mid/late January showcasing a large drone with tricycle landing gear and of full flying wing arrangement being towed by an agricultural vehicle. Development on the type is believed to have been ongoing since about 2012 and a rollout was had in mid-2018 with ground-testing commencing thereafter. Still early in its development, the Okhotnik-B presents a significant step forward for the Russian desire to catch up with the West regarding UAV/UCAV capability.

The Su-70 is in the same class as the American Northrop Grumman X-47B carrier-based flying wing UAV - and it shares a very similar outward appearance to it. In Russian service, these air vehicles may work as unmanned companion assets to the new-generation Su-57 fighters also being developed by the Sukhoi concern.

As a true flying wing design, the Su-70 does away with any vertical planes, keeping all control surfaces mated to the blended wing-body form. This includes ailerons, flaps and the usual surfaces needed for actions such as roll, pitch and the like. The blended wing-body form is a well-accepted approach indicating a low-profile design with inherent stealth characteristics. The tricycle landing gear arrangement is of typical configuration for ground-running: two main legs coupled with a nose leg. All are retractable into the underside of the aircraft to maintain aerodynamic efficiency at high speeds. Furthermore, the nose leg has a dual-wheel arrangement while the main legs sport large wheels indicating the required support for this large, heavy-class vehicle. The assumed powerplant is a Sukhoi turbofan and this is buried in the aft-section of the body, exhausting through a circular port at the rear of the vehicle. A single engine configuration is used. The engine is aspirated through a trapezoidal intake above and aft of the flying wing's apex (as in the X-47B).

An internal weapons bay is also assumed as is support for the various, in-service Russian Air Force air-to-surface missiles and precision-guided bombs. Other assumptions can also be made in keeping with existing developments of the West: autonomous capabilities with satellite-based Inertial Navigation System (INS), real-time mission/systems reporting, protected data-link, etc...

Structural dimensions and performance specifications on this page are estimates on the part of the author and do not represent any official figures.

The air vehicle is being actively tested at the Novosibirsk Aircraft Production Organization (NAPO) facility which has experience in building other Sukhoi types such as the Su-34 "Fullback" fighter-bomber.

This article will be updated as new information allows.©MilitaryFactory.com
Note: The above text is EXCLUSIVE to the site www.MilitaryFactory.com. It is the product of many hours of research and work made possible with the help of contributors, veterans, insiders, and topic specialists. If you happen upon this text anywhere else on the internet or in print, please let us know at MilitaryFactory AT gmail DOT com so that we may take appropriate action against the offender / offending site and continue to protect this original work.

January 2019 - Images emerged of an Su-57 (T-50-3) with a special tail flashing showcasing the silhouette of the Su-57 aircraft alongside a stealthy drone indicating one version of the Su-57 will be used in active testing of the Su-70 "Okhotnik-B" UCAV (detailed elsewhere on this site) by way of datalink.

May 2019 - Delays in the program have led officials to suggest that the Su-70 may not complete its first-flight until sometime in 2020.

May 2019 - Reports of the Su-70 having completed a very-low-level flight just above the runaway.

August 2019 - Russian media released footage of the Su-70's first-flight, lasting some 20 to 25 minutes according to various reports. The flight was said to have taken place on August 3rd with the footage released to the public on August 7th. An altitude of nearly 2,000 feet was reached in this first go-round.

August 2019 - Showcased at a Russian air show was a revised version of the Su-70, now with a stealthy engine exhaust port as opposed to the conventional, rounded forms seen in an earlier iteration of the aircraft.

August 2020 - Company officials have announced that the Su-70 will begin quantitative deliveries to the Russian military in 2024.

May 2022 - According to state media reports, the Russians intend to begin serial manufacture of the Okhotnik UCAV sometime in 2023 for deliveries in 2024.

(Showcased performance specifications pertain to the Sukhoi Su-70 (Okhotnik-B) production variant. Performance specifications showcased above are subject to environmental factors as well as aircraft configuration. Estimates are made when Real Data not available. Compare this aircraft entry against any other in our database or View aircraft by powerplant type)
Assumed support for air-to-surface missiles and precision-guided bombs held in two internal weapons bays.

Up to 4,410lb of air-launched / air-dropped ordnance cleared.

(Not all ordnance types may be represented in the showcase above)
S-70 "Okhotnik-B" - Base Series Designation. 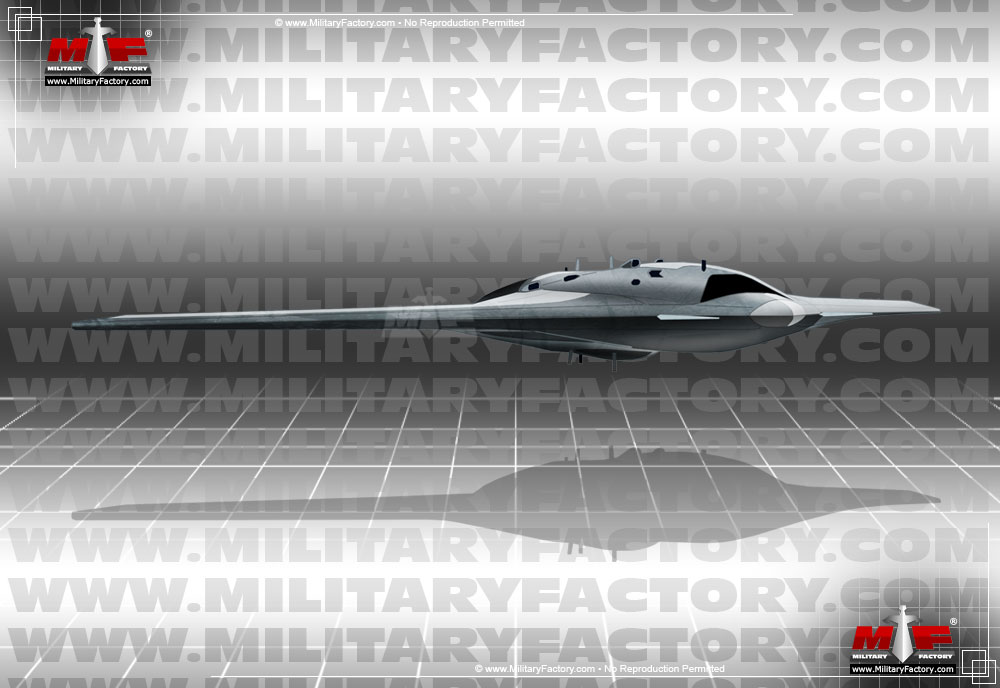