The Boeing PW-9 fighter series was Boeings first successful foray into the world of military fighters.

Authored By: Staff Writer | Last Edited: 12/05/2019 | Content ©www.MilitaryFactory.com | The following text is exclusive to this site. 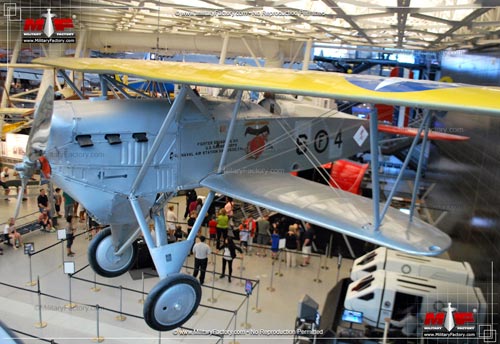 The Boeing PW-9 series was based on the company's "Model 15" aircraft which, in turn, held origins based in the then-excellent German Fokker D.VII biplane fighter series of World War 1, its details acquired by the Americans following the end of the conflict. The Boeing Company had amassed priceless knowledge of aircraft design and production through their early years of manufacturing rival firm's aircraft systems to fulfill government orders. Its official first endeavor into military fighters would become their in-house Model 15. First flight of the Boeing Model 15 product was recorded on June 2nd, 1923 and was evaluated by the US Army Air Service as the XPW-9. The XPW-9's performance proved excellent for the government observers present and a further two XPW-9 prototypes were ordered - the second being differentiated by a split landing gear arrangement which showcased itself rather well for US Army needs and was the prototype selected for serial production. The rather conventional aircraft ultimately fitted a massive Curtiss-brand inline piston engine which forced the nose of the aircraft to take on a rather deep shape in an effort to fit the radiator system.

With the success of the XPW-9 in trials, the aircraft was put into production under the designation of "PW-9" for the US Army and became the "FB-1" under the banner of the United States Navy (USN) and United States Marine Corps (USMC). As the "FB", the aircraft would become the USN's first dedicated carrier-based fighter. In a departure from traditional biplane construction of years past, Boeing took to using arc-welded tubing to form the skeletal understructure of its PW-9 as opposed to wood. The wings were traditionally constructed, however, with wood spars covered over in fabric. Production spanned from 1923 to 1928 to which several variants evolved with each featuring minor reworking of subsystems and structural changes as needed - most notably in engine types fitted and the flying and landing cables servicing the controls and plane surfaces. Armament consisted of a single 0.55 caliber heavy machine gun and a single 0.30 caliber general purpose machine gun though some were also fitted with a pair of 0.30 caliber machine guns in place of the mixed pair. All armament was mounted in fixed, forward-firing positions ahead of the pilot and aft of the engine compartment - synchronized to fire through the spinning propeller blades. Additionally, the FW-9 could be fitted with 2 x 122lb or 1 x 244lb drop bomb(s) for a limited strike role. The first American flight groups received their PW-9s in October of 1925 and very few of the Boeing aircraft would actually serve within the continental United States during the whole of their operational tenure.

Externally, the PW-9's design was characterized by its biplane wing arrangement. The wings were of uneven span with the upper assembly being larger in area and wider in span. Struts consisted of a simple parallel arrangement with applicable cabling throughout. The lower wings were attached to the underside of the forward fuselage with the upper assembly supported by the struts. The engine was fitted to a forward compartment and powered a simple two-bladed propeller. The pilot sat in an open-air cockpit aft and below the upper wing assembly with adequate views about his aircraft. A raised fuselage "spine" provided head support. The empennage was traditional for the time, featuring a small-area single vertical tail fin and a pair of horizontal planes. The undercarriage was fixed in place and arranged in an "tail-dragging" formation to which there existed a pair of single-wheeled main landing gear legs and a tail skid.
Advertisements

Performance for the base PW-9 model stemmed from the fitting of a single Curtiss D-12 water-cooled V12 series inline piston engine delivering 435 horsepower. This gave the PW-9 a top speed of nearly 160 miles per hour with a cruise speed equal to 142 miles per hour. Service ceiling was rated at 18,925 feet.

At least 157 PW-9 aircraft were delivered by Boeing per Boeing company records. This included the 77 examples delivered as "FB" fighters and trainers for the US Navy. Peru became the only foreign operator of the PW-9, these being five examples of the FB navy trainer model.

The Model 15/PW-9/FB appeared in a range of designations beginning with the three aforementioned XPW-9 prototypes. This was followed by the base PW-9 designation used to signify the 30 initial production models fitting Curtiss D-12 series engines. The PW-9A appeared next in 24 examples with the improved D-12C series engine. A single example based on a modified PW-9A became the PW-9B of 1927. The appearance of the new D-12D engine produced 40 examples of the PW-9C model. Sixteen PW-9D examples became the final PW-9 production models of the family line and sported improved rudder control. Boeing fitted a PW-9 with a Packard 1A-1500 series engine of 510 horsepower to produce the single prototype XP-4 (company designation Model 58). A PW-9A served as a converted single-seat trainer mounting a Wright-Hispano powerplant, becoming the AT-3.

The United States Navy received its Model 15s as the "FB". This began with the initial FB-1 production forms of which 10 were delivered though these operated exclusively from land bases as they lacked arrestor hooks. It was not until the two FB-2 models appeared that the FB series became carrier-capable and these began service on the carrier USS Langley. FB-2s were fitted with a Packard 1A series engine (company designation Model 53). The FB-3 followed in three examples meant to trial floatplane operations with the Packard 1A powerplant (company designation Model 55). A "one-off" prototype with a Wright P-1 radial piston engine of 450 horsepower was born out of the Boeing Model 54 initiative to fulfill the FB-4 designation. At least 27 of the FB-5 variant were produced, these with their Packard 2A-1500 series engines of 520 horsepower (company designation Model 67). Another "one-off" form, the FB-6, trialed the Pratt & Whitney R-1340-B Wasp engine while the FB-7 only made it to the drawing boards.

General Assessment
Firepower
Performance
Survivability
Versatility
Impact
Values are derrived from a variety of categories related to the design, overall function, and historical influence of this aircraft in aviation history.
Overall Rating
The overall rating takes into account over 60 individual factors related to this aircraft entry.
60
Rating is out of a possible 100 points.
Relative Maximum Speed
Hi: 200mph
Lo: 100mph
This entry's maximum listed speed (159mph). 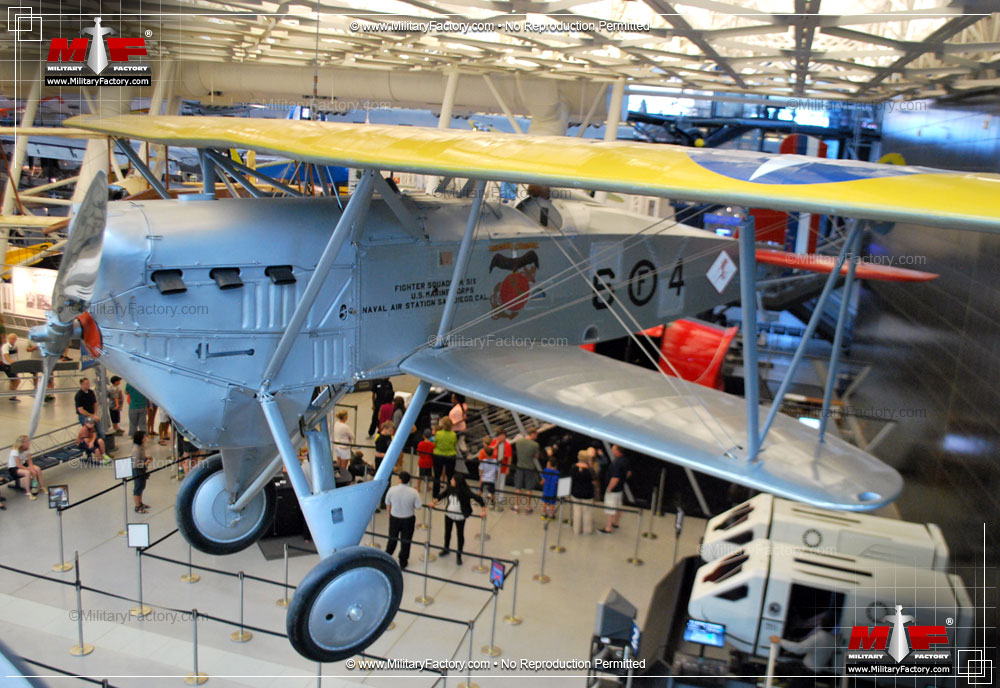 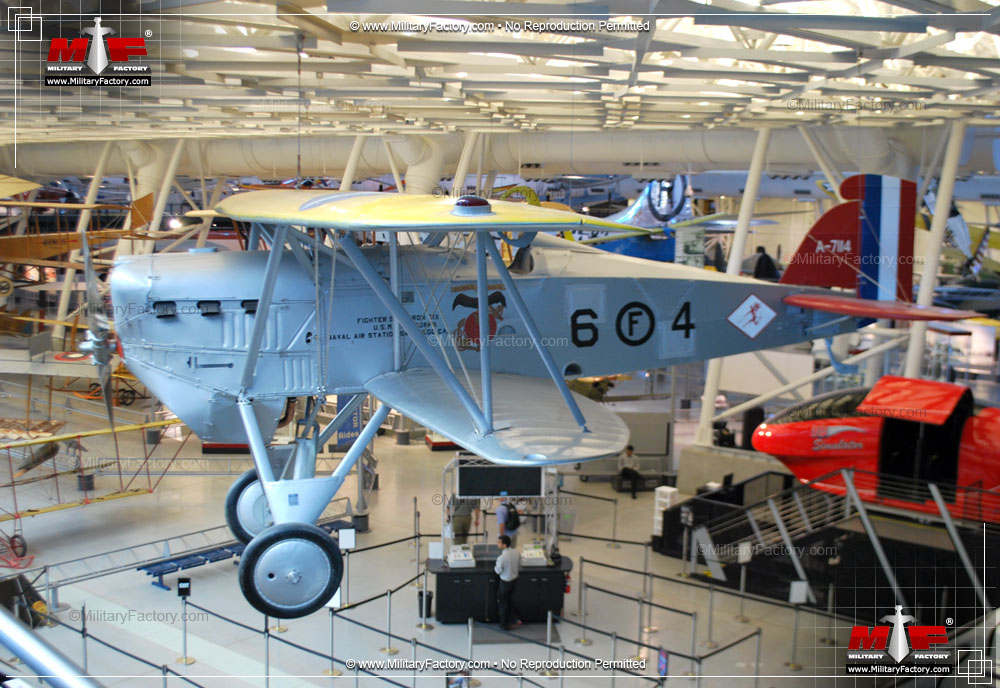 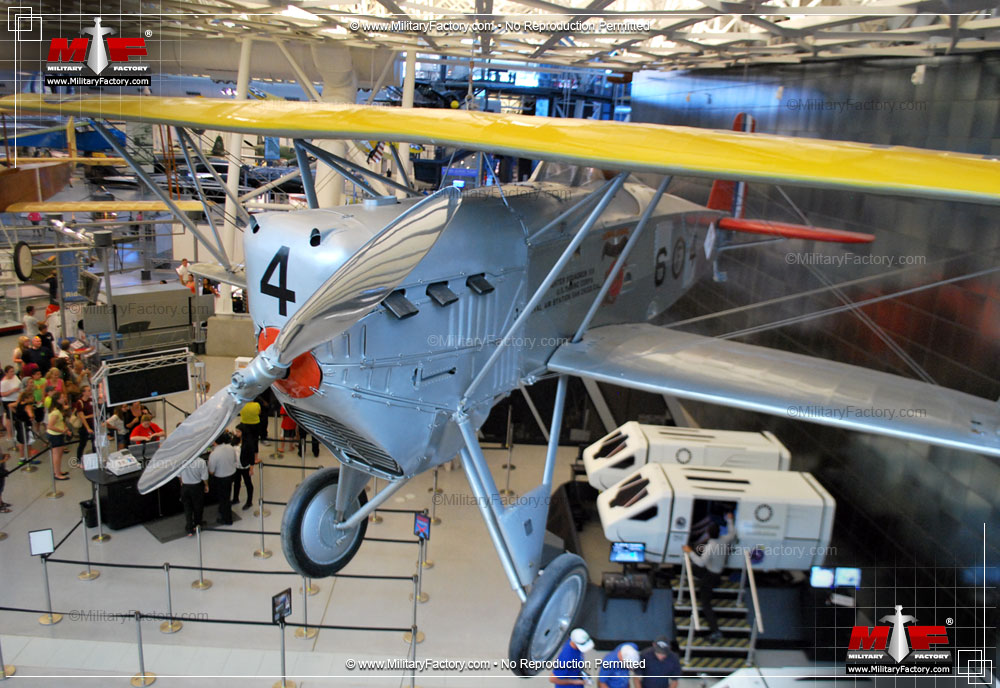 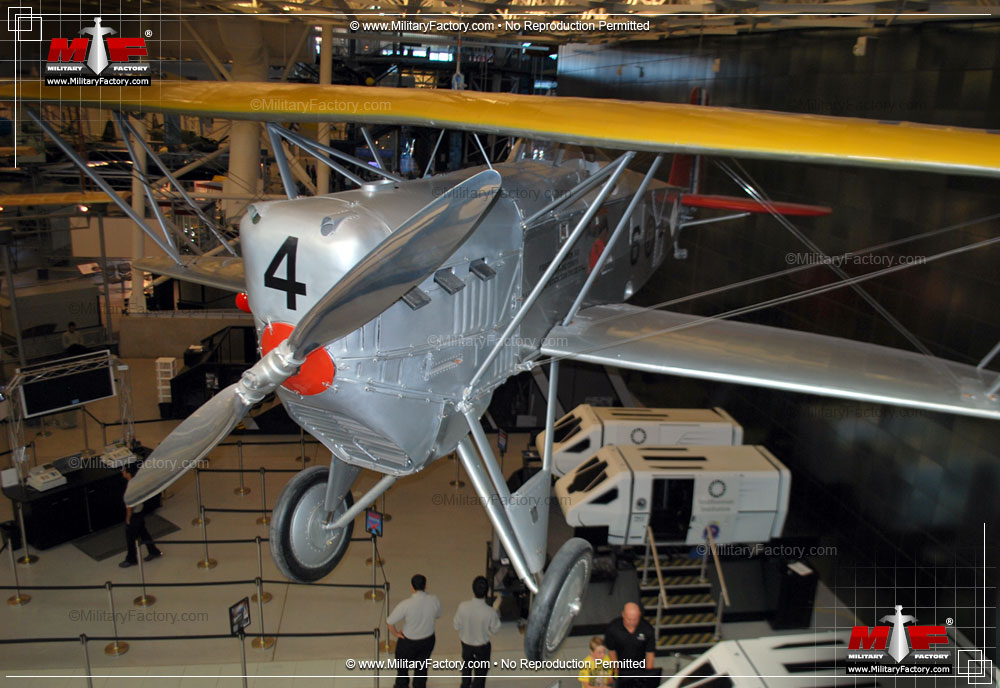 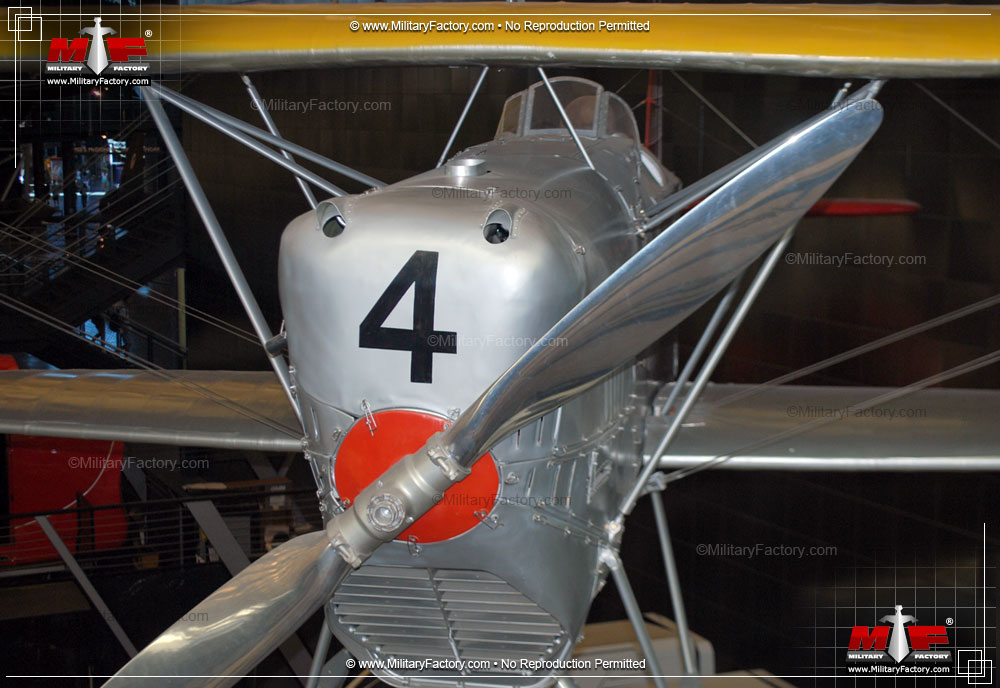 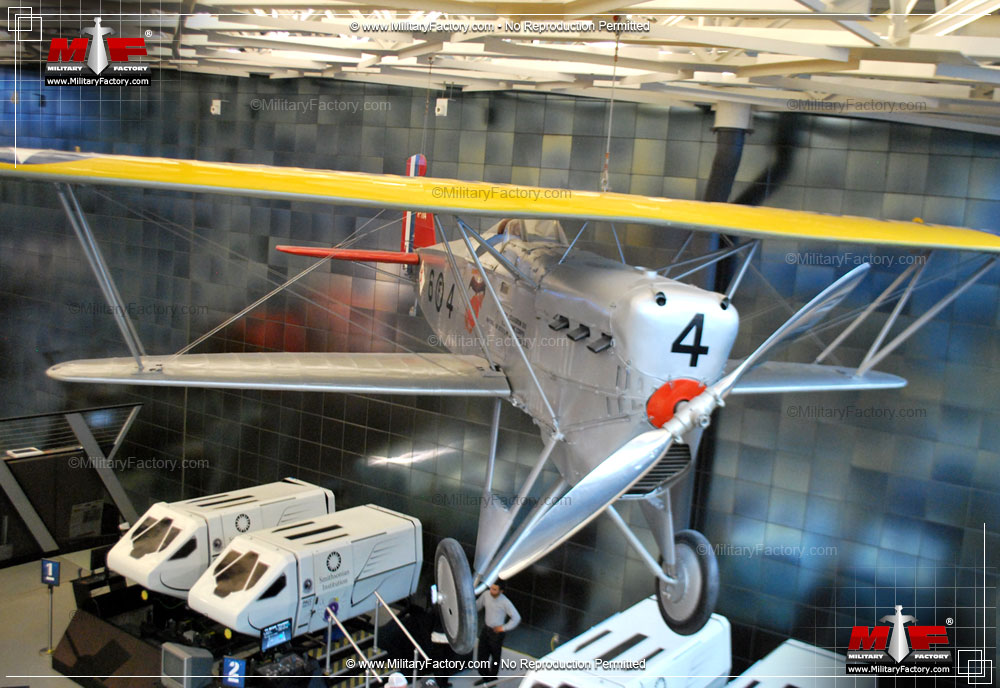 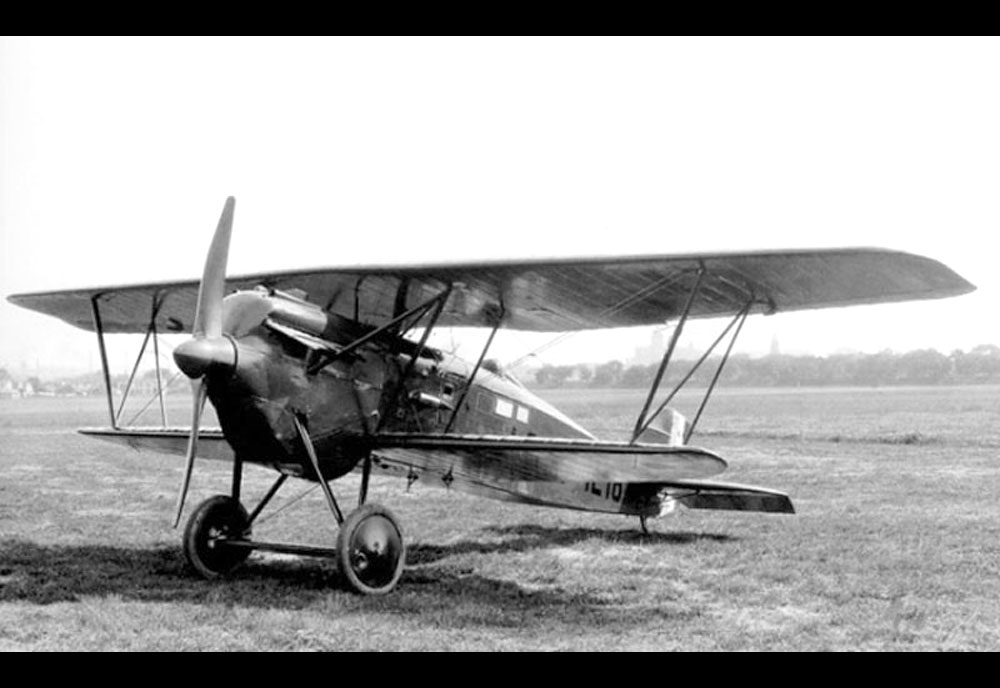 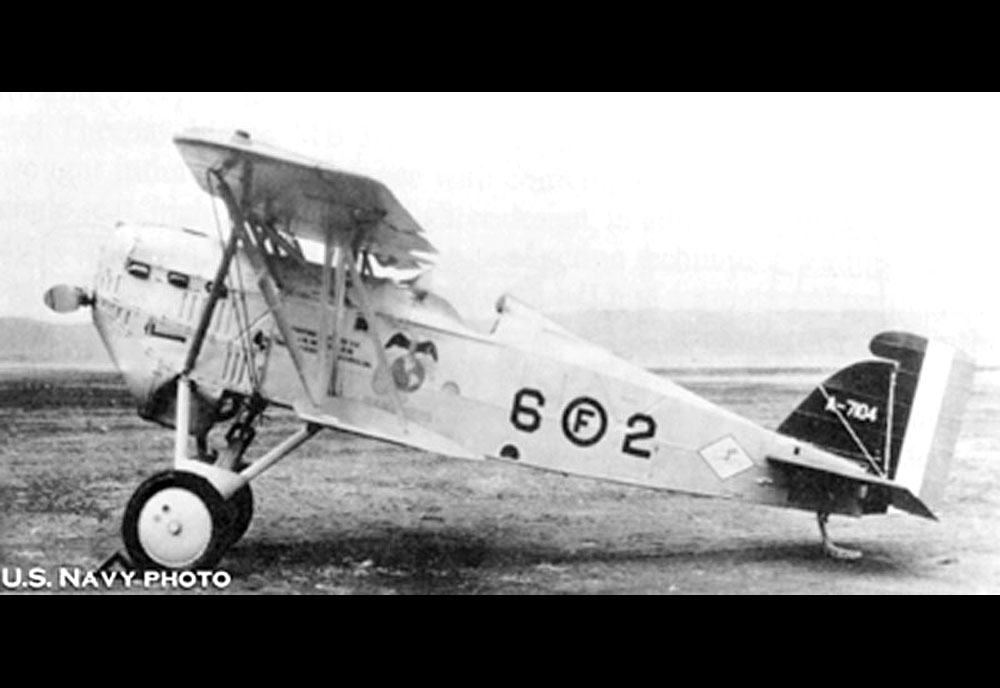