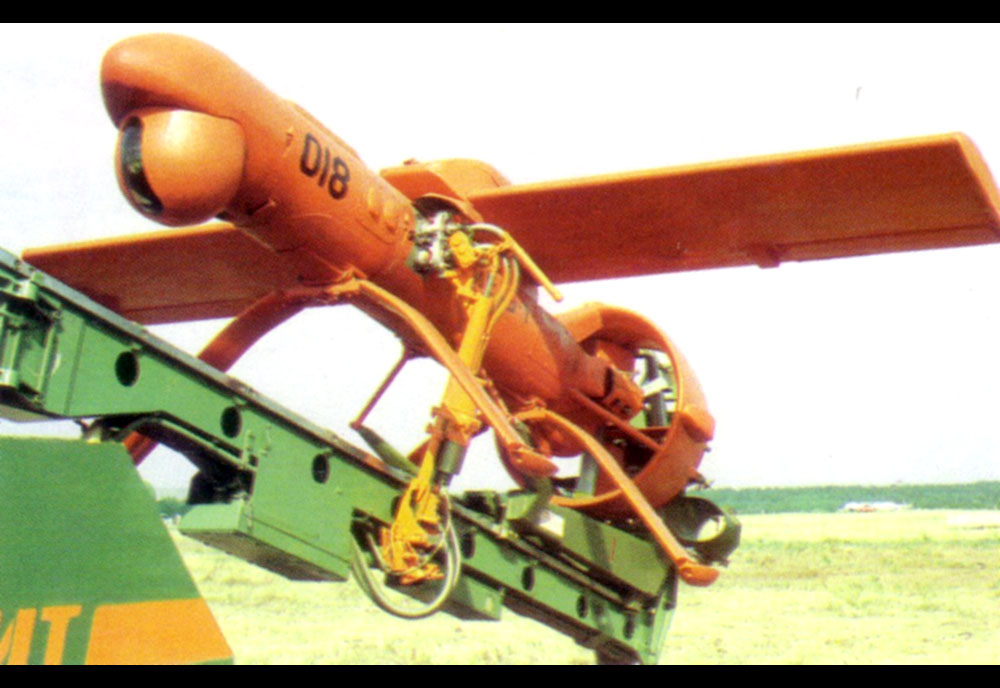 The Yakovlev Pchela is used in the over-battlefield, data-collecting role by the Russian Air Force.

Authored By: Staff Writer | Last Edited: 11/15/2018 | Content ©www.MilitaryFactory.com | The following text is exclusive to this site.
In recent years, Russian defense forces have been adopting Unmanned Aerial Vehicles (UAVs) in greater numbers. One type in having made its way into the inventory of the Russian Air Force is the compact Yakovlev "Pchela" ("Bee") which is used for the Intelligence-Surveillance-Reconnaissance (ISR) role. The system is used by the militaries of both Russia and North Korea (2018). A first-flight was recorded in 1990.

The vehicle's design consists of a tube-like fuselage which houses the optics and avionics set in the front and the powerpack in the rear. The optics are held in a traversing "blister" mounted in the chin position and integrates real-time video feeds with protected data-link capability - giving ground commanders access to real-time battlefield data. The engine drives a shrouded propeller unit in "pusher" configuration at the tail. Over midships is a shoulder-mounted, straight wing mainplane. The undercarriage is a static, shock-absorbing four-legged tube assembly.

As designed, the air vehicle has a an operational range out to about 40 miles from its ground remote-control post and can reach altitudes in excess of 8,000 feet. Maximum speed reaches over 110 mph. The system can remain airborne for some two total hours. The launch process requires use of two solid-propellant booster rocket-driven engines and recovery is by way of a parachute deployed to retard the fall of the vehicle as it returns to the ground. The vehicle is flown either through pre-set mission waypoints (automated flight) or by remote, manual input by a ground-based operator.

Beyond its stated value to the ISR role, the Pchela can also be used to designate targets for accompanying attack aircraft and can further serve as a target drone for training actions. Like other UAVs of this class, the Pchela is designed with a modular payload-carrying capability which can be arranged to suit the needs of the customer.

(Showcased performance specifications pertain to the Yakovlev Pchela-1T production variant. Compare this aircraft entry against any other in our database. View aircraft by powerplant type)
None. Typical fit is mission-related equipment for the Intelligence-Surveillance-Reconnaissance role (cameras and sensors with real-time feed/data-link).