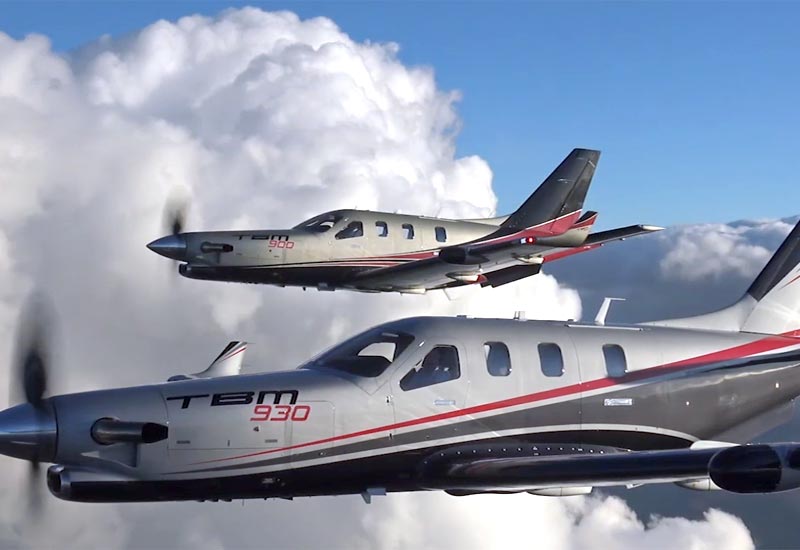 Authored By: Staff Writer | Last Edited: 02/09/2021 | Content ©www.MilitaryFactory.com | The following text is exclusive to this site.
The TBM series of turboprop-powered, high-performance passenger haulers was developed under the French brand label of SOCATA and U.S.-based Mooney Airplane Company. SOCATA then fell under the EADS parent label before becoming Daher-SOCATA, now known simply as "Daher". The Mooney Airplane Company now falls under Chinese ownership and is owned by the Soaring America Corporation.

The TBM offers VIP-level comfort and exceptional performance for an aircraft of this class. Seating is between four and six depending on production model and seating configuration. The Pratt & Whitney Canada turboprop provides jet-like performance with the efficiency and reliability of a propeller-driven combustion engine. The line is noted for its excellent short-field performance, giving it access to more remote runways of the world where business jets typically cannot access.

The aircraft features a single engine design with the powerplant seated in the long nose section. The cockpit is fitted just aft of it and seats two side-by-side with relatively good vision out-of-the-cockpit. The fuselage also houses the multi-seat passenger cabin and cargo area before tapering towards the rear. The tail unit is comprised of a single vertical fin with low-mounted horizontal planes. The wing mainplanes are low-mounted and unswept along the fuselage sides - newer models sport fuel-saving "winglets". Ground-running is accomplished by a robust tricycle undercarriage which is wholly retractable.

To date (2018), total production of the TBM series has reached 900 aircraft and the family encompasses several notable variants ranging from the original 700-series to the newer 900-series.

The TBM 700 was introduced to the marketplace in 1990 through the TBM 700A offering and its powerful PWC PT6A-64 turboprop engine fit. This was then followed by the TBM 700B with added an enlarged passenger entry/exit door to facilitate passenger and cargo loading/unloading while other changes improved passenger comfort. The TBM 700C had its airframe reinforced and its avionics suite upgraded as well as a new cargo bay added behind the passenger seating area. The TBM 700C2 was given a reinforced undercarriage with all-new seating for passengers and performance was improved as well.

The TBM 700 is marketed with a maximum range of 1,305 nautical miles and a cruising speed reaching 300 knots. It carries six passengers and has a useful load of 1,347lb. Its take-off distance is 2,133feet. Power is from a Pratt & Whitney Canada PT6A-64 inverse-flow turbine offering 700 horsepower while driving a Hartzell propeller unit.

The TBM 850 was introduced in 2006 and differed in carrying the higher-performance Pratt & Whitney PT6A-66D turboprop engine of 700-850 horsepower. In 2008, the Garmin G1000 avionics suite was brought online with the series and 2012 saw the arrival of the "Elite Interior" model which gave modularity to the passenger seating arrangement and cargo options (switching between a four or six seat configuration).

The TBM 900 has improved the family line by introduction of a carbon-fiber cowling section, composite winglets, all-new propeller spinner design, revised exhaust system, and added dorsal fin. Internally, passenger comfort has been enhanced to provide the best VIP experience for an aircraft of this class. The cockpit is updated with automated pressurization control, revised electrical/power systems, simplified engine starting and controls, and weather radar overlay. Three large, color displays dominate the instrument panel with throttle controls seated between the two pilots (yoke controls and rudder pedals are doubled in the cockpit allowing the aircraft to be piloted form either position).

The airframe has been given attention in the areas of fracture-prevention, strength, and extended service life. The winglets measure 2 feet in height and are positioned at the extreme tips of each wing mainplane member. Beyond aerodynamics, the winglets offer additional controlling, reduced drag, and fuel efficiency. The tail has been aerodynamically refined to reduce drag and improve efficiency. External lighting has also been enhanced. The undercarriage benefits from the addition of an inner door to better combat the effects of turbulence encountered near the landing gear wells.

The TBM 900 is powered by the Pratt & Whitney Canada PT6A-66D turboprop engine of 850 horsepower giving the platform a maximum range of 1,730 nautical miles and a speed of 330 knots. It can carry six with a maximum payload reaching 1,400lb. Take-off distance is 2,380 feet.

The TBM 910 of 2017 is built upon the improved framework of the TBM 900 model so it offers the same performance, range and qualities of the earlier product. The TBM 910 sports an all-glass cockpit centered on the Garmin G1000 NXi avionics fit (succeeding the G1000 unit) and improves passenger comfort through new seats.

The aircraft has a maximum range out to 1,730 nautical miles with a maximum cruising speed of 30 knots. It carries six passengers and has a payload maximum of 1,400lb with a take-off distance of 2,380 feet.

The TBM 930 of 2018 features the Garmin G3000 avionics fit which fully-integrates various systems into the pilot's workflow. The instrument panel sports three high-resolution displays with full touch-screen control. All other refinements and improvements of the 900 series are carried over to provide the best flying capabilities and crew/passenger comforts possible.

The TBM 930 offers a maximum range out to 1,730 nautical miles and reaches speeds of 330 knots. Six persons can be carried in the cabin space and the payload is rated up to 1,400lb. Take-off distance reaches 2,380 feet.

Beyond its obvious general aviation value, the TBM has been taken into service at the military level with the French Air Force as well as its Army Light Aviation branch. Fifteen serve the former while eight serve the latter as of this writing (2018).

May 2019 - The improved Model 940 product has been announced with Garmin G3000 touchscreen cockpit interfacing.

February 2020 - An enhanced version of the Model 940 has been unveiled, this carrying the HomeSafe emergency autoland system.

February 2021 - The French military has ordered four Daher TBM 940 aircraft for use in flight testing. The French Air and Space Force has fifteen of the type in service while the French Army Light Aviation (ALAT) division utilizes some eight examples.

(Showcased performance specifications pertain to the Daher TBM 900 production variant. Compare this aircraft entry against any other in our database. View aircraft by powerplant type)
None. 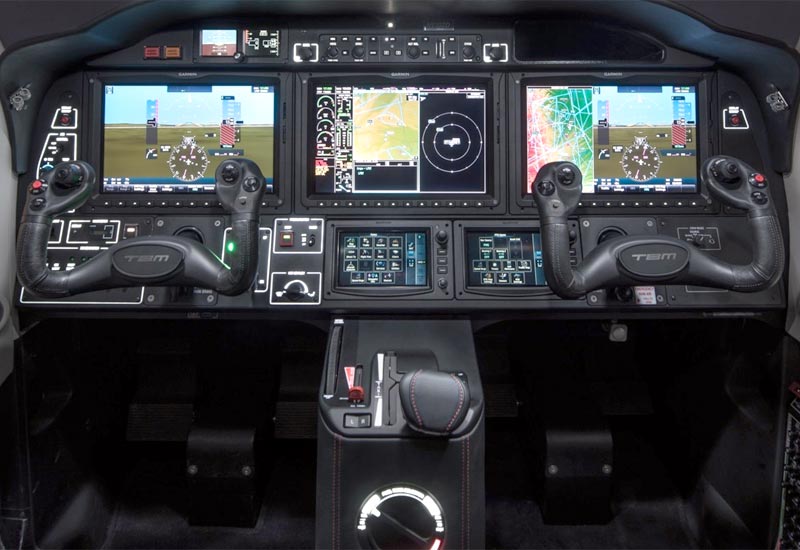