The Bombardier Global Express series of business jets, originating from Canadian aerospace, has seen modest success in a lucrative and crowded market. 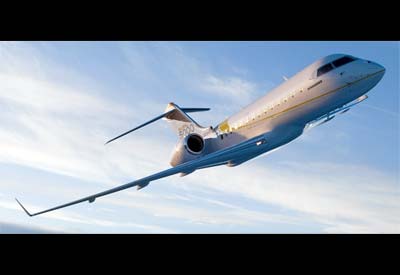 The Bombardier Global Express is a series of twin-engined business jet (BizJet) aircraft produced by Bombardier Aerospace of Canada. First-flying on October 13th, 1996 and introduced for service in 1997, the line has since expanded to include major offshoots in the models 5000, 5500, 6000, and 6500. Approximately 750 of the type have been built into 2018 and, beyond their obvious civilian marketplace role, some have been modified to serve in various military roles. Production of the series has been ongoing since 1996. The line has spawned the Global 7500/8000 offshoots detailed elsewhere on this site.

At its core, the Global Express sports a traditional bizjet design arrangement: the two-person flightdeck is seated over a short, pointed, downward-sloping nosecone offering good vision out-of-the-cockpit. The fuselage is tubular in the usual way and lined with windows on either side for passenger viewing. Access doors are of the traditional hinged, rectangular offering. The tail unit utilizes a "T-style" Multhopp unit with the horizontal planes set high to clear jet wash. This allows the engines to be fitted well-aft of center mass along the fuselage sides - and thereby reducing operating noise for the passengers within. The wing mainplanes are well-swept-back and capped by winglets for fuel efficiency and added control. The undercarriage is a conventional, retractable tricycle arrangement for ground-running. Dimensions include a running length of 96.9 feet, a wingspan of 94 feet and a height of 25.5 feet.

Up to sixteen passengers can be carried in comfort though this depends entirely on configuration (face-to-face, side-by-side seating - some swiveling). A fully galley with sink, oven, and chilled storage is included. The entry door is insulated and the cockpit divided from the passenger area by curtain. The main cabin can further be separated from the entrance by a noise-reducing sliding door. In-flight internet connectivity is available.

The cockpit seats its crew of two side-by-side and includes all-modern functionality. In more recent versions, the instrument panel is dominated by three large color displays arranged side-by-side-by-side. A center console divides the two seats in the traditional way and features a fourth color display. Each pilot is given a flight yoke for control as well as a flip-down HUD. The cockpit is completed with the Bombardier "Vision" flight deck, multi-scan weather radar, high-speed SATCOm datalink and the usual ergonomic qualities (for pilots and passengers alike) expected of a BizJet in this weight/performance class. Efficiency in the cockpit and reduction of pilot fatigue is the name-of-the-game.

Engines vary between the select models of the Global Express series - either the Rolls-Royce BR710A2-20 or the Rolls-Royce "Pearl" series are used. Performance sees the Global Express series reach ranges of 6,000 nautical miles (Model 6500) topping speeds of March 0.90. Maximum Take-Off Weight (MTOW) is 92,500lb. The Model 5000 can reach from Hong Kong to Los Angeles. making it a true international traveler.

The Global Express has been adopted in various military guises, typically the base aircraft being modified through installation of specialized mission equipment (generally noted for the various protrusions and bulges present along the fuselage ventral and dorsal spines). This is the case with the Global 6000-based "GlobalEye" by Saab featuring the Saab "Erieye" ER AESA radar fit. "Project Dolphin" sees the Global 6000 as the focal point, fitting surveillance equipment. Both the GlobalEye and Project Dolphin have been adopted by the United Arab Emirates Air Force. The Raytheon "Sentinel" is another surveillance-minded platform and is in service with the British Royal Air Force. The Saab "Swordfish" is another Saab modification of the Global Express series and intended for the maritime patrol role. The United States Air Force operates the E-11A, a Global Express fleet modified for the Battlefield Airborne Communications Node role.

The flexibility of the Global Express design sees it function with equal efficiency in both civilian and military market sectors. Various civilian operators have taken the line into service and these range from North America and Europe to the Middle East. Military operators include Angola, Botswana, Germany, India, Malaysia, Mexico, Swaziland, United Arab Emirates, the United Kingdom and the United States.

August 2018 - A Project Dolphin form of the Global 6000 business jet was revealed for the United Arab Emirates. Testing of the special-mission series aircraft is ongoing at Boscombe Down in Britain.

October 2018 - To date, the Global 5500 and Global 6500 models of the Global Express family have completed upwards of 70% of their flight-testing programs.

May 2019 - It was announced that the initial Global 6500 aircraft example is nearing completion. Service entry is scheduled for later this year.

October 2019 - Bombardier has announced an increase to the operational range of its Global 5500 series model to 5,900 nautical miles.

(Showcased performance specifications pertain to the Bombardier Global 5000 production variant. Compare this aircraft entry against any other in our database or View aircraft by powerplant type)
None. Military versions outfitted with specialized mission sensors, radar and accompanying equipment for AEWC, maritime patrol, airborne battlefield command and surveillance sorties. 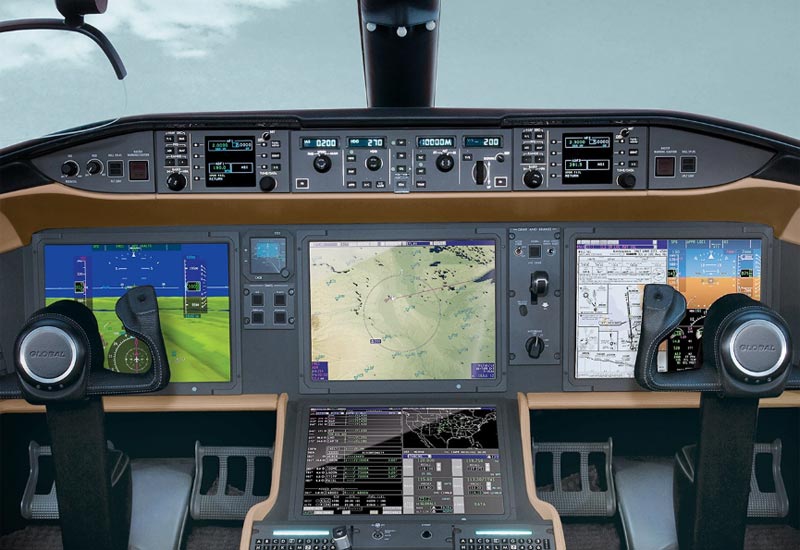 General Assessment
Firepower
Performance
Survivability
Versatility
Impact
Values are derrived from a variety of categories related to the design, overall function, and historical influence of this aircraft in aviation history.
Overall Rating
The overall rating takes into account over 60 individual factors related to this aircraft entry.
64
Rating is out of a possible 100 points.
Relative Maximum Speed
Hi: 750mph
Lo: 375mph
This entry's maximum listed speed (684mph). 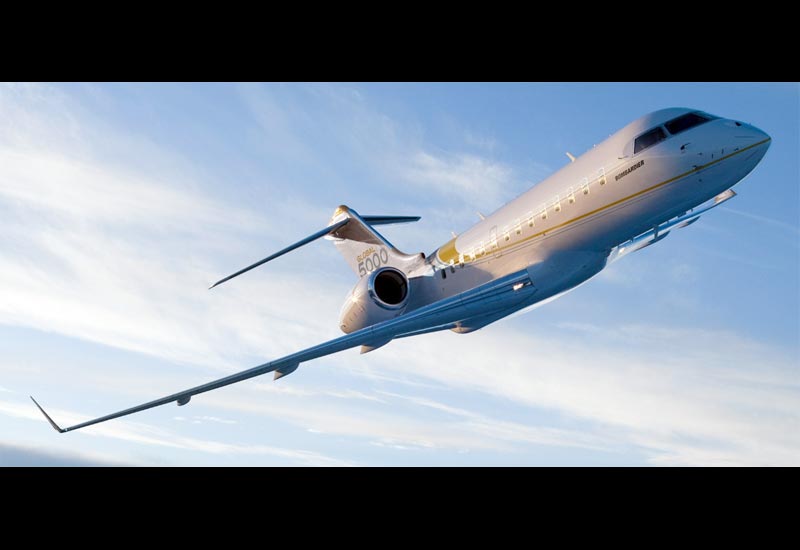