The Diamond DA40 series of lightweight aircraft has seen adoption by various military services of the world including Austria, Singapore, and the United States. 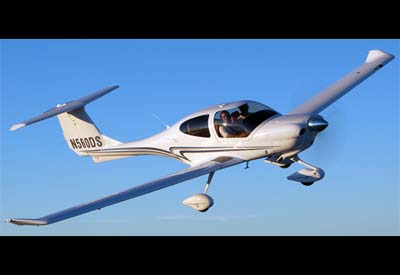 The Diamond "DA40" (Diamond Star / Star) is a lightweight, four passenger general aviation aircraft to come from Diamond Aircraft Industries of Austria. The type is a further development of the company's twin-seat "DA20", of which over 2,000 examples were produced from 1994 onwards, and follows much of its form-and-function. A first-flight for the DA40 was recorded on November 5th, 1997 and production has been ongoing since with over 2,200 units to date.

Beyond their commercial sector usage, the DA40 series has been adopted by some world military air powers to be used as a flight trainer for new generations of pilots. This includes Australia, Austria, Bangladesh, Bolivia, Ecuador, Indonesia, Jamaica, Singapore, and the United States.

The aircraft utilizes the tried-and-true single-engine configuration with the powerplant embedded in the nose. The engine drives a three-bladed propeller unit. Aft of the engine mounting is the side-by-side cockpit which seats the pilot and up to three passengers in comfort. Large windscreens are provided for excellent vision out-of-the-cockpit. The wings are of monoplane form and fitted low along the sides of the fuselage. A slight upturn of the tips is seen at the end of each mainplane member. The tail unit incorporates a Multhopp-style T-plane arrangement seating the horizontal plane high atop the vertical fin. The undercarriage is of tricycle arrangement and fixed with some versions featuring streamlined fairings over the wheels for inherent aerodynamics. Construction of the aircraft is largely of composites.

The aircraft has a running length of 26.6 feet with a wingspan of 39 feet and a height of 6.5 feet. Empty weight is 1,755lb against a gross of 2,640lb. Power is from a Lycoming IO-360-M1A 4-cylinder, air-cooled, horizontally-opposed piston engine delivering 180 horsepower. Cruising speeds reach 175 miles-per-hour with ranges out to 835 miles and a service ceiling up to 16,000 feet. Rate-of-climb is listed at 1,120 feet-per-minute.

Initial production models were designated simply as "DA40" fitted with Textron Lycoming IO-360 M1A engine of 180 horsepower. The "DA40 D" then followed and carried the Thielert TAE 125-01 or TAE 125-02-99 engines and has reduced maximum gross weights for European airspace operations. The short-lived "DA40F" / "DA40 FP" was powered by the Textron Lycoming O-360-A4M engine.

The "DA40" NG represents the current offering of the line and carries a local Austro Engine AE 300 powerplant utilizing JET A-1 fuel. European certification was granted in April 2010 and some 500 units have been produced since.

The DA40 XLT appeared in April of 2013 and numerous updates and upgrades internally. The DA40 "Tundra Star" was given a reinforced undercarriage and carries an Austro AE300 diesel engine of 168 horsepower. The eDA40 is an all-electric aircraft reveled in October 2021.

The "T-52A" marks a military trainer model operated by the United States Air Force Academy. Some twenty airframes were produced in 2009. It has since been succeeded in inventory by the Cirrus SR-20 (operated as the "T-53A)".©MilitaryFactory.com
Note: The above text is EXCLUSIVE to the site www.MilitaryFactory.com. It is the product of many hours of research and work made possible with the help of contributors, veterans, insiders, and topic specialists. If you happen upon this text anywhere else on the internet or in print, please let us know at MilitaryFactory AT gmail DOT com so that we may take appropriate action against the offender / offending site and continue to protect this original work.

October 2018 - A modified hybrid-electric DA40 was flown for the first time on October 31st, 2018 out of Wiener Neustadt in Austria. 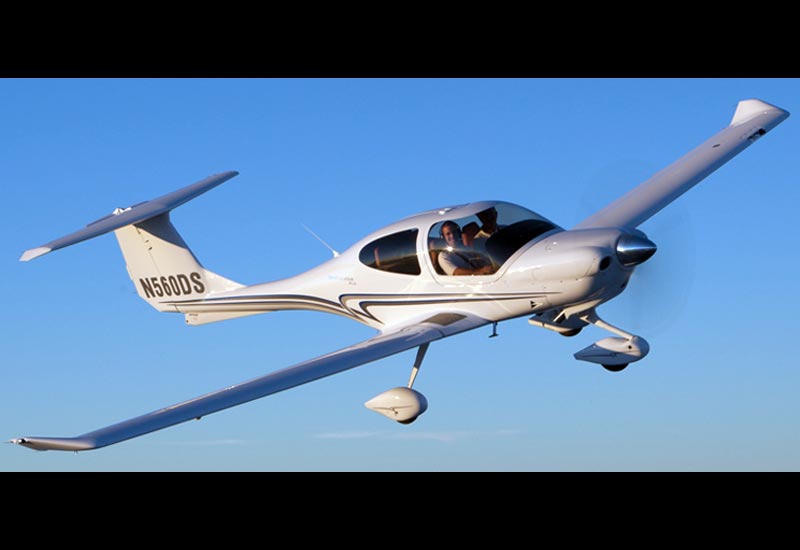 Aviation developments of similar form and function, or related to, the Diamond DA40 (Diamond Star)...