Just under 300 Potez 540 reconnaissance-bombers were built by French aero-industry prior to World War 2 - it managed a poor showing in the conflict.

Authored By: Staff Writer | Last Edited: 06/06/2018 | Content ©www.MilitaryFactory.com | The following text is exclusive to this site. 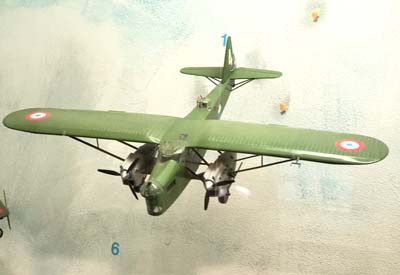 The French aviation concern of Potez was established shortly after World War (1914-1918) in 1919 and survived long enough to supply the French Air Force with various aircraft types throughout World War 2 (1939-1945) (it went defunct in 1967). November 14th, 1933 saw the first-flight recorded of a new reconnaissance-bomber platform recognized as the "Potez 540". This relatively large aircraft was developed to satisfy a French Air Force requirement calling for such a type and was largely funded by the company itself.

The Model 540 began life as the prototype Model 54 and company engineers elected for a slab-sided fuselage with high-wing support of its mainplane members. Under each member was fitted an aerodynamically-streamlined engine nacelle which was suspended outboard of the fuselage by short "wingstubs". Connecting to these units were twin support struts of the wing mainplane members and under the nacelles were fitted the main landing gear legs (a tail wheel was affixed to the rear underside of the fuselage). Each main leg retracted into a well built into each nacelle. Power was from 2 x Hispano-Suiza 12Xbrs V-12 engines outputting 690 horsepower each and these were used to drive three-bladed propellers.

The nose section incorporated a glazed area that offered the best view of the action ahead. At this position was also a manually-operated flexible 7.5mm MAC 1934 machine gun mounting to help defend the frontal quarters of the bomber from head-on attacks by enemy planes. The cockpit was stepped and seated two crewmen side-by-side under a heavily-glazed and framed canopy. Aft of the wing mainplanes was a dorsal turret offering another manually-operated flexible machine gun emplacement. Another machine gun was fitted to a semi-retractable ventral position to better protect the bomber's vulnerable rear belly section. The tail unit originally incorporated a twin-finned approach during flight-testing but this was given up in favor of a single vertical fin. Construction involved a steel understructure supported by a mixed wood and metal covering. A modest bombload of up to 500lb could be held externally under the aforementioned wingstubs.

The crew numbered a minimum of four but could carry as many as seven depending on its over-battlefield role (bomber, reconnaissance platform, transport).
Advertisements

Satisfying the French Air Force requirement, the prototype Potez 54 eventually graduated its flight-testing phase to become the Potez 540 in service. Production models were equipped with 1 x Hispano-Suiza 12Xirs and 1 x Hispano-Suiza 12Xjrs V-12 inline piston engines developing 790 horsepower each and one-hundred eighty-five were built to the standard. These were taken into service by the nations of France and Spain.

As built, the aircraft could reach speeds of 193 miles per hour and out to a range of 780 miles. Its service ceiling was 33,000 feet. During this period of aviation history, these values seemed useful enough for a bombing platform but direct combat actions would soon tell a different story.

The Potez 540's baptism of fire arrived with its exposure to the Spanish Civil War (1936-1939) where it was fielded by the forces loyal to the standing government. By this time, however, the reconnaissance-bomber design was already poorly-equipped to handle the rigors of the modern battlefield and this point was painfully proven when the aircraft was forced to tangle with all-modern, metal-skinned German and Italian monoplane and biplane fighters. This quickly led the Potez 540 to receive a poor valuation in-the-field as an obsolescent and forgettable bomber - its defensive machine gun scheme was simply not being up to the task and its structure proved too fragile for direct combat. Even the French saw the writing on the wall for their relatively new fleet of reconnaissance bombers were quickly set up to undertake training and transport roles for the near-future. Before the end, they were equipping far-off colonial air services within the French sphere of influence - primarily across North Africa. Another Axis-aligned operator of the type during the war became the Italian Regia Aeronautica while the Imperial Japanese Navy (IJN) had also purchased a single aircraft as the "Potez CXP" flying boat.

With the Fall of France in June of 1940, what was left of the French Potez 540 fleet was taken into service by the newly-established, Axis-aligned Vichy French Air Force. These remained stationed primarily in overseas locations for purely defensive/deterrent purposes as their value continued to remain questionable. Before the end of 1943, the line was given up for good and largely scrapped if not lost in action.

Beyond the primary Model 540 there was the one-off Potez 541 which made the switch to the Gnome-Rhone 14Kdrs air-cooled radial piston engine of 720 horsepower. The Model 541 also formed the basis for the export-minded Potez 543 which used the same Gnome-Rhone 14Kdrs engines. Ten of these were built for export to the eventually-Axis-aligned Kingdom of Romania but only eight of these were actually delivered - four were sent to the Spanish government for support in their bloody civil war against Nationalist forces.

The Potez 542 was another notable variant of the line but based back in the original Potez 540. This product differed by using 2 x Lorraine 12Hfrs "Petrel" V12 engines of 720 horsepower. This variant was used by both France and Spain for its time in the air and production reached seventy-four units.
Advertisements

France; Kingdom of Italy; Imperial Japan (Potez CXP); Kingdom of Romania; Spain
(OPERATORS list includes past, present, and future operators when applicable)
✓ Ground Attack (Bombing, Strafing)
Ability to conduct aerial bombing of ground targets by way of (but not limited to) guns, bombs, missiles, rockets, and the like. ✓ Transport
General transport functionality to move supplies/cargo or personnel (including wounded and VIP) over range. ✓ Intelligence-Surveillance-Reconnaissance (ISR), Scout
Surveil ground targets / target areas to assess environmental threat levels, enemy strength, or enemy movement. ✓ Training (General)
Developed ability to be used as a dedicated trainer for student pilots (typically under the supervision of an instructor).

General Assessment
Firepower
Performance
Survivability
Versatility
Impact
Values are derrived from a variety of categories related to the design, overall function, and historical influence of this aircraft in aviation history.
Overall Rating
The overall rating takes into account over 60 individual factors related to this aircraft entry.
26
Rating is out of a possible 100 points.
Relative Maximum Speed
Hi: 200mph
Lo: 100mph
This entry's maximum listed speed (193mph). 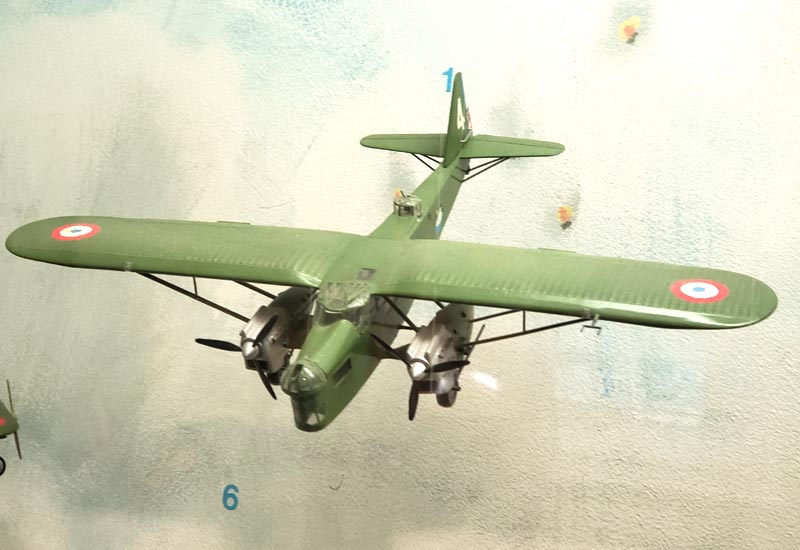