The Lockheed Stalker is a portable, reconnaissance-minded, electrically-driven UAV that has seen combat exposure in the skies over Afghanistan with U.S. Special Forces.

Authored By: Staff Writer | Last Edited: 07/11/2022 | Content ©www.MilitaryFactory.com | The following text is exclusive to this site. 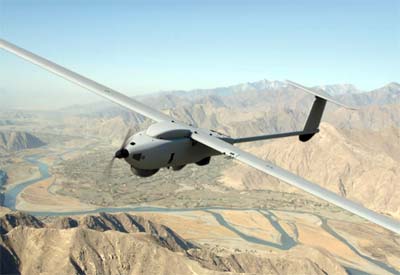 Lockheed Martin produces the "Stalker" Unmanned Aerial System (UAS) as a highly-portable, tactical-level warfighter solution. The type has already been proven in the skies over Afghanistan, particularly within the ranks of American Special Forces operatives. The versatile reconnaissance-minded drone offers excellent mission range with modular payload-carrying capabilities, resulting in the perfect "all-in-one-solution" to the meet the demands of the modern battlefield.

The Stalker series is featured in both a fixed-wing flyer and a Vertical Take-Off and Landing (VTOL) variant. The former has a conventional layout with single tail boom, shoulder-mounted mainplanes (straight), and nose-mounted engine driving a two-bladed propeller unit. The latter is the Stalker VTOL eXtended Endurance (VXE) model with a 48lb take-off weight capable of flying at speeds near 60 miles-per-hour. It features a wingspan of 16 feet and has extending booms at the leading and trailing edges of the mainplanes, each mounting a pair of twin-bladed lift-propellers to achieved VTOl flight.

The air vehicle is launched by way bungee of launch rail. The VTOL Stalker VXE Block 30 model utilizes its lift-propellers to give helicopter-like performance to the mission - able to take-off and land from virtually anywhere and give access to areas prohibitive to fixed-wing drone types.

The Stalker operates in the 12,000-foot altitude range and, with its traditional rechargeable battery pack power set, the it can remain airborne for up to four hours. Enhanced operating ranges can be had through use of the optional Solid Oxide Fuel Cell, utilizing the burning of propane to reach over eight hours of operation.

The onboard camera fit is given complete pan and tilt functionality along with zoom and supports Electro-Optical (EO), InfraRed (IR), and low-light camera sets. The optics can search, track, and follow ground targets, be they stationary or moving, in all-weather environments and low or high light level portions of the day.

The aircraft can carry payloads up to 5.5lb and has an inherently ability to release compact payloads from the air to awaiting recipients on the ground.©MilitaryFactory.com
Note: The above text is EXCLUSIVE to the site www.MilitaryFactory.com. It is the product of many hours of research and work made possible with the help of contributors, veterans, insiders, and topic specialists. If you happen upon this text anywhere else on the internet or in print, please let us know at MilitaryFactory AT gmail DOT com so that we may take appropriate action against the offender / offending site and continue to protect this original work.
Advertisements

(Showcased performance specifications pertain to the base Lockheed Stalker production variant. Performance specifications showcased above are subject to environmental factors as well as aircraft configuration. Estimates are made when Real Data not available. Compare this aircraft entry against any other in our database or View aircraft by powerplant type)
None. Customizeable bay for variable mission equipment loads centered on Intelligence, Surveillance, and Reconnaissance (ISR).

General Assessment
Firepower
Performance
Survivability
Versatility
Impact
Values are derrived from a variety of categories related to the design, overall function, and historical influence of this aircraft in aviation history.
Overall Rating
The overall rating takes into account over 60 individual factors related to this aircraft entry.
14
Rating is out of a possible 100 points.
Relative Maximum Speed
Hi: 50mph
Lo: 25mph
This entry's maximum listed speed (50mph). 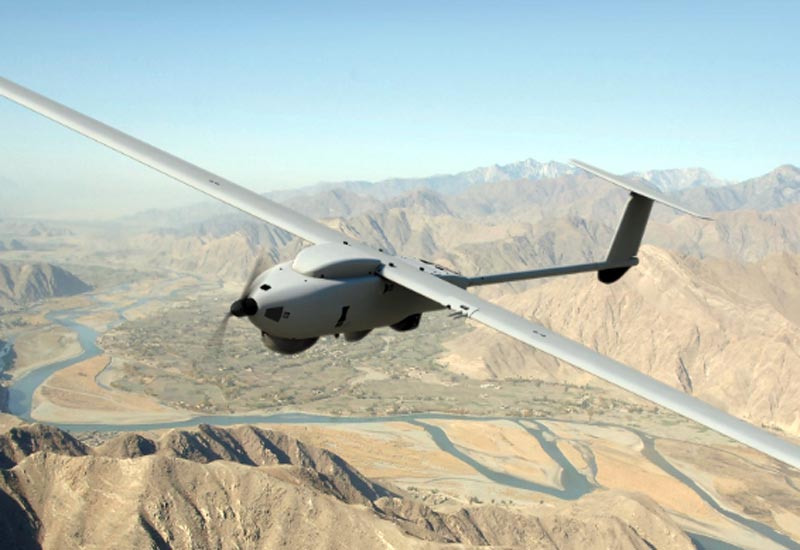