The Renard R.38 was another Belgian fighter attempt that was left unfinished by the time of the German invasion of 1940 - it was taken over by the occupiers, flown, and eventually scrapped.

Authored By: Staff Writer | Last Edited: 05/09/2018 | Content ©www.MilitaryFactory.com | The following text is exclusive to this site. 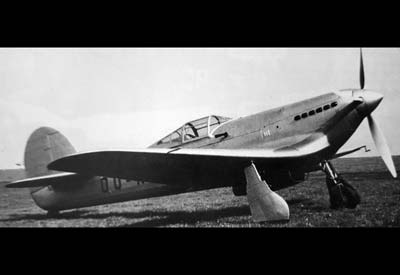 Try as they might, the Belgians simply could not develop and field an indigenous modern fighter prior to the German invasion of May 1940 during World War 2 (1939-1945). The Renard concern had earlier unsuccessful attempts with their "Epervier" (this lost out to the British Fairey "Firefly II"), the R.36 (the sole prototype crashed claiming the life of its test pilot), and the R.37 (the sole example taken over by the conquering Germans in 1940). The R.38 was to become the last notable entry of the Renard line of metal monoplanes and this design, too, fell to the Germans after their conquest of the Belgian state.

The R.38 was in development alongside the R.37. The R.37 was essentially the radial-engined version of the earlier inline-powered R.36. In this way, the R.38 held more in common with the R.36 by both form and function with the major deviation being its switch to the Rolls-Royce "Merlin II" inline piston engine of 1,030 horsepower output. The wing planform seen in the R.36 and the R.37 was used again in the R.38 to speed and simplify its development and armament changed to become 4 x Machine guns - either 7.7mm or 13.2mm in caliber - and these mounted in the wings. The revised aircraft was a slender and sleek offering of all-metal construction and all-metal skinning. Its pilot was wholly enclosed under a framed canopy and the undercarriage, of tail-dragger configuration, was retractable - all modern qualities of a fighter mount of the period.

A first-flight in prototype form was had on August 4th, 1939 and the results proved rather promising - particularly under the shadow of war with Germany (World War 2 would begin about a month later on September 1st, 1939 with the German invasion of neighboring Poland). However, progress on the R.38 was slow enough that it was still under development when the Germans turned their attentions to the West and took over Belgium, the rest of the Low Countries, and, ultimately, France). Despite a furious resistance, the nation of Belgium fell to the German onslaught and the sole R.38 prototype was taken over by the Luftwaffe who flew it to Bordeaux for a thorough examination. It was eventually scrapped when little could be had from the foreign fighter.

As completed (and flown), the R.38 exhibited similar dimensions as the original R.36 with an overall length of 28.10 feet, a wingspan of 38.2 feet, and a height of 9.6 feet. Performance went on to include a maximum speed of 340 miles per hour and range out to 840 miles. Empty weight became 4,300lb against an MTOW of 5,730lb.©MilitaryFactory.com
Note: The above text is EXCLUSIVE to the site www.MilitaryFactory.com. It is the product of many hours of research and work made possible with the help of contributors, veterans, insiders, and topic specialists. If you happen upon this text anywhere else on the internet or in print, please let us know at MilitaryFactory AT gmail DOT com so that we may take appropriate action against the offender / offending site and continue to protect this original work.
Advertisements

(Showcased performance specifications pertain to the base Renard R.38 production variant. Performance specifications showcased above are subject to environmental factors as well as aircraft configuration. Estimates are made when Real Data not available. Compare this aircraft entry against any other in our database or View aircraft by powerplant type)
PROPOSED:
4 x 7.7mm OR 13.2mm machine guns in wings (two guns per wing).

R.38 - Base Series Designation; sole flyable prototype completed and flown by the Germans; scrapped in France. 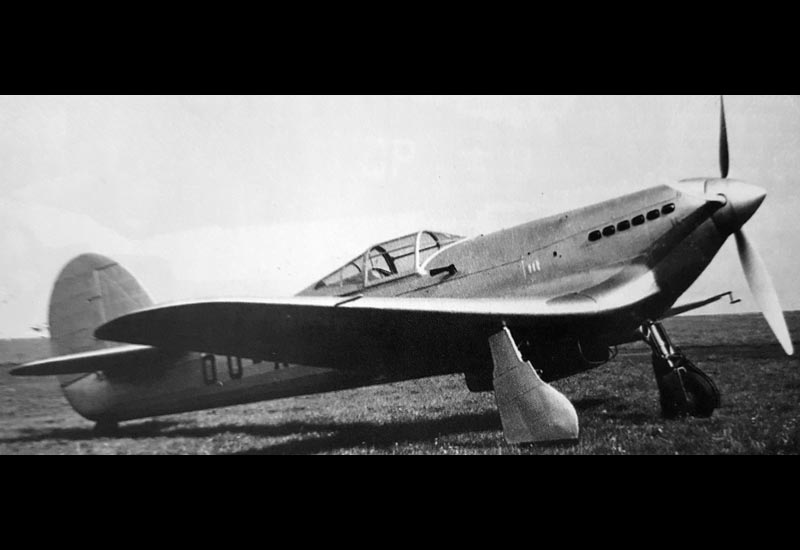