The Renard R.37 was not yet ready when the Germans invaded Belgium in May of 1940 - the prototype was flown for the first time by a Luftwaffe pilot.

Authored By: Staff Writer | Last Edited: 05/09/2018 | Content ©www.MilitaryFactory.com | The following text is exclusive to this site. 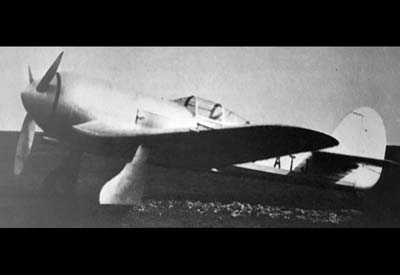 The brothers Renard of Belgium ultimately failed in their earlier attempts to secure fighter production contracts with the Belgian Air Force prior to World War 2 (1939-1945). This included the Epervier ("Sparrowhawk") of the late-1920s and the R.36 all-metal monoplane fighter of the early-1930s (both detailed elsewhere on this site). With war against Germany imminent, there proved a sense of urgency in Belgian aero-industry to develop an in-house solution for the ultimate defense of the homeland. To this point, the air force service was stocked mainly by foreign types.

The work on the now-abandoned R.36 was not a total loss with the demise of the sole prototype in January of 1939 for its framework now made up the basis of a new all-metal monoplane fighter of all-modern design. This led to the "R.37" being formulated against the backdrop of impending invasion from neighboring Germany.

The new fighter incorporated the Gnome-Rhone 14N-21 14-cylinder air-cooled radial piston engine offering upwards of 1,100 horsepower instead of the liquid-cooled inline type of 900+ horsepower seen in the R.36 model. A vented ring was used for aspirating the large radial as an oversized spinner was set at the propeller hub to incorporate a noticeable streamlined quality. Another notable design feature was internal as some of the generated exhaust gasses were recycled in the action to produce a slight boost to overall thrust.

As a combat-centric fighter type, the R.37 was envisioned with an armament load out of 2 x 13.2mm heavy machine guns and 4 x 7.7mm medium machine guns, all mounted to the wings (unlike the R.36 which was to feature an engine-mounted 20mm autocannon as well as wing-mounted machine guns).
Advertisements

Outwardly, the R-37 mimicked most of the form and function of its predecessor: its wing shape (largely rounded) was similar in design and its placement well-ahead of midships was nearly identical. The cockpit was positioned at midships with limited vision and the tail unit was conventional. Metal construction and metal skinning was used throughout the aircraft. The undercarriage was retractable and of the "tail-dragger" arrangement - a common trait for fighters of the period. The noticeable difference between the R.37 and its earlier R.36 form was the large spinner situated at the nose and the oversized nose section as a whole - this forced upon the engineers to better house the larger air cooled radial engine fit.

The R.37 was put on static display in July of 1939 at Salon de Bruxelles to help showcase Belgian combat fighter mastery under the shadow of war - but at this point the sole prototype had yet to fly. Its time had run out for, in September of 1939, Germany invaded neighboring Poland to begin World War 2 (1939-1945) and, from there, Hitler turned his attentions to France and Low Countries, resulting in the fall of Belgium in May of 1940. With this, the R.37 was confiscated by the arriving and occupying Germans and, unknowingly, the prototype received its first-flight (under Luftwaffe pilot control) that same year. Beyond this seemingly successful flight, little more was had on the R.37 project for there appears to be no continuing record.

Renard was also working on a two-seat ground attacker form of the R.37 to be designated as the "R.37B" but little traction was gained on this variant prior to the German invasion. The R.38 fighter form was developed in parallel but it, too, suffered with the German invasion of 1940 and was scrapped by the occupiers.
Advertisements

(Showcased performance specifications pertain to the base Renard R.37 production variant. Compare this aircraft entry against any other in our database or View aircraft by powerplant type)
PROPOSED:
2 x 13.2mm Heavy Machine Guns (HMGs) in wings (one per wing).
4 x 7.7mm Medium Machine Guns (MMGs) in wings (two per wing). 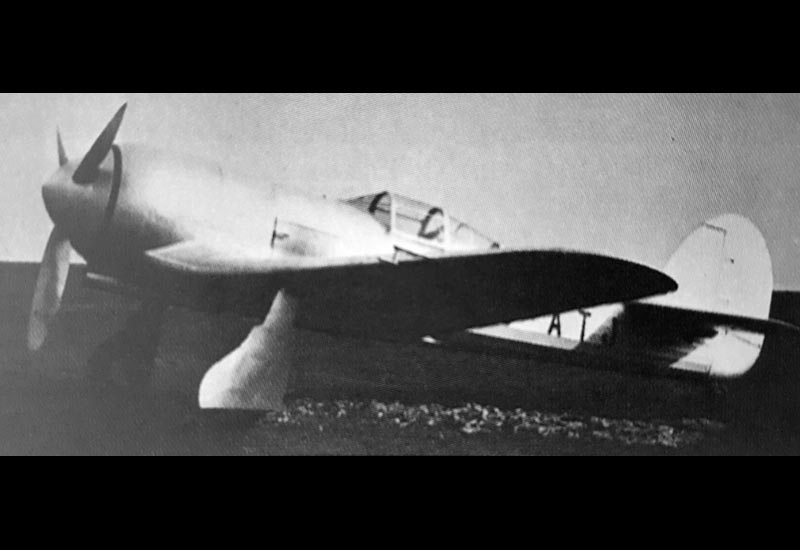