The loss of the sole R.36 prototype meant an end to this Renard fighter proposal for the Belgian Air Force prior to World War 2.

Authored By: Staff Writer | Last Edited: 06/07/2018 | Content ©www.MilitaryFactory.com | The following text is exclusive to this site. 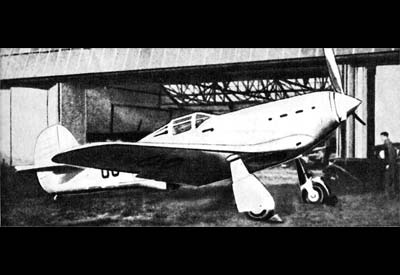 The Renard Brothers of Belgium failed to win a late-1920s government-sponsored fighter contest which went to the British Fairey "Firefly II" biplane, having offered their inferior "Epervier" ("Sparrowhawk")for review (the aircraft is detailed elsewhere on this site). When it came time to succeed the Firefly II in service for the Belgian Air Force, Alfred Renard put forth another attempt at an all-modern, metal-skinned monoplane fighter. This work culminated with the "R.36" single-seater which flew for the first time in 1937. However, the promising project suffered a notable setback when the sole prototype was lost in testing and the design was eventually passed on in favor of another British aircraft.

The R.36 was given all of the major traits of a modern fighter of the time: a retractable undercarriage, metal skinning/metal construction, and a wholly-enclosed cockpit. The engine was fitted to the nose in the typical way and drove a three-bladed propeller unit. The cockpit was set well aft of the nose, near midships, and featured relatively heavy framing, The wing mainplanes were rounded and positioned well-forward in the design. The tail unit incorporated the usual single vertical fin coupled with a pair of horizontal planes. The undercarriage was of a tail-dragger arrangement consistent with the period. Metal was used throughout the construction of this sleek aircraft.

As a combat warplane, the R.36 was proposed with an armament suite of 1 x 20mm autocannon mounted in the engine block and 4 x 7.7mm machine guns, two per wing which would have given it excellent firepower against both enemy fighters and bombers alike.

Engineers revised the design several times during the program's early phases which resulted in an enlarged rudder fin and a relocation of the radiator bath component. A first-flight was recorded on November 5th, 1937 and Belgian authorities liked the potential of the homegrown aircraft and contracted for forty of the type the following year, deliveries to span over the course of two years. However, the program suffered a major setback on January 17th, 1939 when the prototype was lost near Nivelles (the test pilot was killed). This was very unfortunate for some 75.5 hours had already been accumulated in the air. The R.36 project was grounded pending review and, with time and urgency passing it by, the British Hawker Hurricane was ordered by the Belgian Air Force instead - though these to be produced locally, under license, under the SABCA brand label. The R.36 project was never resuscitated.

The similar Renard R.37 and R.38 monoplane fighters were offshoots of the R.36 attempt but the German invasion of 1940 ended all hopes for these machines to make a difference in the ultimate defense of Belgium. Other R.36 related offshoots were set to include the R.40 fitted with a Rolls-Royce Merlin liquid-cooled inline engine to satisfy French interest in the fighter - this example was unfinished at the time of the Belgian surrender. The R.42 was a more daring derivative of the R.36 in that it attempted to mate two R.36 fuselages together to increase firepower and range. This endeavor also fell to naught.

(Showcased performance specifications pertain to the base Renard R.36 production variant. Compare this aircraft entry against any other in our database or View aircraft by powerplant type)
PROPOSED:
1 x 20mm Autocannon in the engine block.
4 x 7.7mm machine guns in the wings (two per wing).

R.36 - Base Series Designation; single prototype completed and flown; lost to accident in January of 1939.
R.40 - Proposed French fighter sale; incorporating the Rolls-Royce Merlin inline engine; left unfinished at the time of the Belgian surrender to Germany in 1940.
R.42 - Twin-fuselage variant of the R.36 attempting to mate two aircraft with a common wing and increase both firepower and range as a result; not developed. 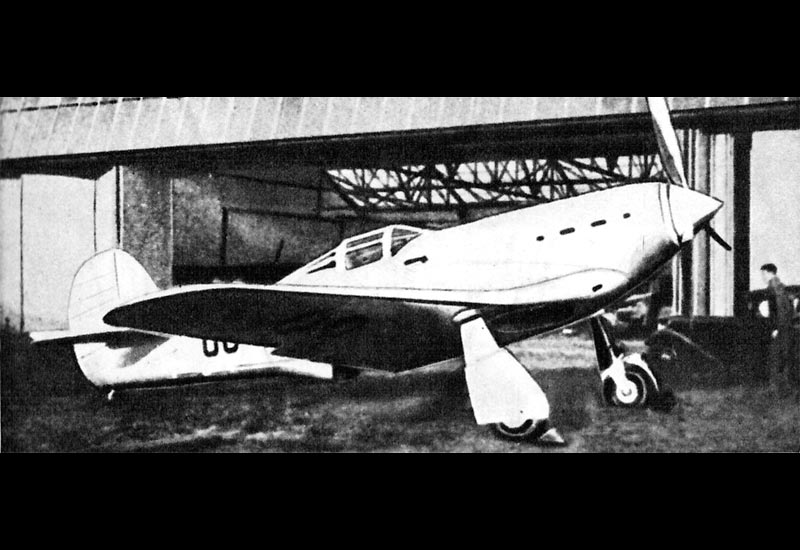